We have been warned about the Great Reset and technocrat tyranny:

Do you know anything about the Great Reset? You should, if for no other reason than because I wrote a major piece on it just a few days ago. In it I talked about how the radical elites, the globalists, the UN, the IMF, and the World Economic Forum (WEF), to name just a few, are working overtime to radically remake life as we know it, and set up their coercive socialist green utopia: billmuehlenberg.com/2020/11/13/the-great-reset-and-the-rise-of-the-radical-technocrats/ 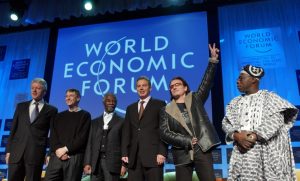 You know this is a significant movement when Time devoted a 2019 “Special Davos Issue” to this, featuring the likes of Melinda Gates, Justin Trudeau and Al Gore. And then this month Time did an entire special edition of its magazine to the Great Reset.

Check out some of the contributors and ideas in the 23 articles featured there. We have all the usual globalists and elites telling us we need to radically rethink the nation state, the free market, and individual freedoms in order to bring about this Brave New World. It really is scary stuff: time.com/collection/great-reset/

The star of the show is of course Klaus Schwab (1938- ), someone I mentioned in my earlier piece. The German Founder of the European Management Forum (1971), which became the WEF in 1987, is a radical transhumanist whose ideas are as kooky – and dangerous – as they come.

Earlier this year he and Thierry Malleret wrote the book COVID-19: The Great Reset, a techno-totalitarian manifesto. The whole plan is for technological tyranny to solve all our problems, chief of which are climate change, the Rona, individualism, and the evils of capitalism.

A popular phrase found among these folks is “Build Back Better”. You would have heard Joe Biden, Justin Trudeau, the Prince of Wales and others use it incessantly. As James Delingpole warns us:

Build Back Better is the code phrase for one of the most terrifying and dangerous, globally co-ordinated assaults on liberty and prosperity in the history of mankind. If the plan succeeds, the world you inhabit will be unrecognisable, your children will have no prospects and your life will barely be worth living. Build Back Better means totalitarian rule by a global, technocratic elite – as constrictive and immiserating as life under fascism or communism. This hideous New World Order is the Great Reset….

So how do Biden and his Great Reset pals fix the global economy in this apparently desirable future? Simple: Big Government takes care of everything, only not on a national scale this time, but a global one. It will be managed by a technocratic elite over whom you will have no democratic control. www.breitbart.com/politics/2020/11/01/delingpole-only-donald-trump-can-save-us-from-the-great-reset/

And these folks, in true Marxist fashion, want to see private property eliminated altogether – all for our own good of course. As one of these guys has proudly said four years ago:

Welcome to the year 2030. Welcome to my city – or should I say, “our city”. I don’t own anything. I don’t own a car. I don’t own a house. I don’t own any appliances or any clothes. It might seem odd to you, but it makes perfect sense for us in this city. Everything you considered a product, has now become a service. We have access to transportation, accommodation, food and all the things we need in our daily lives. One by one all these things became free, so it ended up not making sense for us to own much. www.weforum.org/agenda/2016/11/shopping-i-can-t-really-remember-what-that-is/

As to Schwab and his transhumanism, his own website tells us all we need to know about his plans to move beyond the merely human, to harness high tech, and to luxuriate in everything from implantable microchips to “smart dust”: www.weforum.org/agenda/2017/08/unequal-opportunities-microchip-implants-and-other-top-stories-of-the-week/

His views really are grotesque. He speaks often about the “Fourth Industrial Revolution,” a blend of ‘digital-and-analog life.’ This means a mix of humans and artificial intelligence, an emphasis on nanotechnology and eugenics, and a rewriting of what it means to be human. Or as Schwab put it, “What the fourth industrial revolution will lead to is a fusion of our physical, digital and biological identity”. As one report on all this puts it:

In the book, Schwab explains with excitement how upcoming technology will allow authorities to “intrude into the hitherto private space of our minds, reading our thoughts and influencing our behavior.” He goes on to predict that this will provide an incentive for law enforcement to implement Minority Report-style pre-crime programs.

“As capabilities in this area improve, the temptation for law enforcement agencies and courts to use techniques to determine the likelihood of criminal activity, assess guilt or even possibly retrieve memories directly from people’s brains will increase,” writes Schwab. “Even crossing a national border might one day involve a detailed brain scan to assess an individual’s security risk.” humansarefree.com/2020/11/klaus-schwab-great-reset-implantable-microchips.html

And all this coercive utopianism is tied in with coronavirus and global warming. It has become the perfect excuse to bring about this new world order. As Barry Chowka put it some months ago discussing corona and the rise of statism:

We are being asked to trust these fallible self-selected scientific experts with the future of our entire civilization. Overnight, our society is doing what radical leftist Rep. Alexandria Ocasio-Cortez (D-NY) and her fellow Green New Deal fanatics have demanded: An almost total end to air travel; personal automobile travel down to a trickle; promises of free health care for all quickly becoming the new status quo; and the ability of people to sit at home without working and receive a pay check from the government. The Democrats want that to continue indefinitely. www.americanthinker.com/blog/2020/04/will_the_covid19_psyop_succeed.html

But we have been warned about all this so often. Think of prescient novelists like Orwell and his Nineteen Eighty-Four (1949) or Huxley and his Brave New World (1931).  They both described in gory detail what such dystopian futures might look like.

Another great English writer during this same period who also discussed these matters was C. S. Lewis. In a number of books and articles he warned about where we were heading, as new technologies, coupled with increased statism, spelt “the abolition of man”.

And that was the title of his 1947 book. In it he said this: “What we call Man’s power over Nature turns out to be power exercised by some men over other men with Nature as its instrument.” He continued, “Man’s conquest of Nature, if the dreams of some scientific planners are realized, means the rule of a few hundreds of men over billions upon billions of men. There neither is nor can be any simple increase of power on Man’s side. Each new power won by man is a power over man as well.”

And of course his third volume in his space trilogy was all about rogue science and unethical technocrats. That Hideous Strength (1946) was a clear warning about coming coercive dystopias. The evil organisation N.I.C.E. is the villain in the novel.

The National Institute for Coordinated Experiments is a government bureaucracy established to help mankind – aren’t they all? It of course does nothing of the sort. Several quotes can be offered here. One makes the point of how euphemisms and subterfuge are ever the weapons of choice for these technocrats:

We want you to write it down – to camouflage it. Only for the present, of course. Once the thing gets going we shan’t have to bother about the great heart of the British public. We’ll make the great heart what we want it to be. But in the meantime, it does make a difference how things are put. For instance, if it were even whispered that the N.I.C.E. wanted powers to experiment on criminals, you’d have all the old women of both sexes up in arms and yapping about humanity. Call it re-education of the maladjusted, and you have them all slobbering with delight that the brutal era of retributive punishment has at last come to an end. Odd thing it is – the word ‘experiment’ is unpopular, but not the word ‘experimental.’ You mustn’t experiment on children; but offer the dear little kiddies free education in an experimental school attached to the N.I.C.E. and it’s all correct!

And another gives us the bigger picture of this war on humanity:

The physical sciences, good and innocent in themselves, had already… begun to be warped, had been subtly manoeuvred in a certain direction. Despair of objective truth had been increasingly insinuated into the scientists; indifference to it, and a concentration upon mere power, had been the result… The very experiences of the dissecting room and the pathological laboratory were breeding a conviction that the stifling of all deep-set repugnances was the first essential for progress.

This important thriller clearly shows the deep concerns Lewis had about where unethical science and unconstrained technocracy can take us. And his vision of a dark new world has certainly proven to be quite accurate. Eugenics certainly did not die out with the Nazi experiments but is alive and well in the West today.

In fact it has only gotten worse. When we combine media-led hysteria and alarmism about things like the climate and corona with these billionaires – be they Schwab or Soros or Gates – who believe they know what is best for us mere humans, we are seeing the prophetic novels coming to life in very real and very frightening ways.

24 Replies to “Schwab, Lewis, and Our Transhuman Future”