We need to guard against theological vandals:

As anyone knows when they enter into various theological discussions, there are plenty of heated debates and arguments, and too often those who are the most obnoxious and rancorous when it comes to attacking the views of others are those who actually seem to know the least about what they are talking about. 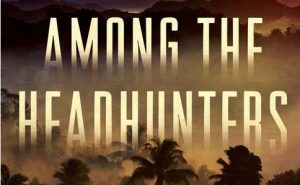 This has always been the case, but it has all gotten much worse in the internet age. The social media is awash with armchair theological experts who think they know it all, and are more than happy to go on the warpath when anyone dares to take a slightly different point of view. They are theological head-hunters and can cause almost as much damage as actual head-hunters.

Indeed, I have said it before: when folks with their theological pet peeves come along and take cheap pot shots at my social media posts, going off track and fully misrepresenting those theological views they seem to so hate, I am NOT impressed. And if they keep it up after several polite warnings, I eventually will have to step in and bring it to an end.

Those folks who are obsessed with “correcting” others with differing yet legitimate theological views, and derailing an online conversation are not going to long remain on my friends’ list. Just sayin’. Who needs ‘friends’ like that who are more interested in pushing their pet theological agendas than they are in actually contributing something useful and edifying for the Kingdom.

What really bugs me when this happens are at least two things: First, their theological comments often have nothing directly to do with what I have posted. Whenever folks intentionally or otherwise derail a conversation I am having, or take things off on a tangent, preventing what I am really trying to say from being heard, that is not good.

That is especially problematic when what I posted may just be a general encouragement for Christians to love the Lord more, to be more holy, to serve God more faithfully, and to be salt and light in the world. I am trying to offer spiritual encouragement, and it is not appreciated when someone comes along and wants to turn it into yet another theological fight.

The same with various eschatological points of view and so on. If you are going to come along and pick a fight, at the very least you should know what you are talking about. So many of these folks clearly do not. They may have watched a few videos and so now they think they are the world’s leading authority on all things theological.

I certainly do not claim to know it all, or to have it all right, theologically speaking. Mind you, I have spent 50 years reading, studying, teaching and writing on theology. But I still have so much to learn, and I sometimes evolve on some issues. Yes, some basic core theological truths have to be strongly defended and promoted.

But there are plenty of matters where there is some room to move, and we all can just calm down a bit and allow a little theological room to move. Not all doctrines or teachings require us to go to the wall over. Many allow us to be a bit flexible, showing a bit of grace and humility to others along the way.

The examples of what I have been discussing here are endless, and I have dealt with many of them in the past. Let me run with one more, because it just happened. But I am not picking on any one individual here, since this kind of thing happens all the time.

But in this case a post of mine urging believers on in making a difference in the world and being salt and light was immediately set upon by one of these folks. He pushed the silly old canard that those who are Calvinists believe everything is predestined, and so they will sit back and do nothing. The idea was, if you want to see anything happen for Christ, you must renounce any and all forms of Calvinism.

Now since this fellow had posted a number of comments along these lines for a while now, I knew where he was coming from, and I simply deleted his latest offering. The truth is, this was a complete hatchet job on what this particular theological camp happens to believe.

Indeed, some of the most active believers I know of, who are fully involved in social and cultural activism, and are fully into the culture wars, and are seeking for righteousness to sweep the nation, are those who hold to these beliefs. Of course many who do not hold to these theological views are also fully active and committed to transforming the nations.

It is just idiotic – and false – to so wrongly mischaracterise folks like this, twist their theology, and abuse what they believe. That certainly helps no one, and it is actually Satan who pushes that sort of stuff, not God. When you spend all your time attacking other believers who do not fully line up with your views, it is not the Holy Spirit motivating you to do so.

But just as in life in general too many people try to build themselves up by tearing other people down, so too in the Christian world. Many of these folks seem to have issues, and instead of presenting them to the Lord and seeking his help, they will simply lash out at others in a vain and egotistical fashion.

Again, biblical truth matters, but having that sort of fleshly and carnal censorious spirit where you are always attacking others is not from God, but from self and from Satan. Those believers who routinely do this need to call a time out, get on their faces before God, and deal with these issues.

A refusal to pull away for a season and assess oneself in the light of God’s word indicates an arrogant and unteachable spirit. And if that is the case, it does not matter how much theological knowledge you have, or think you have. You will do little for Christ and the Kingdom.

We all need to be on guard against this. I know I do. Let’s pray for each other in this regard, shall we?

6 Replies to “On Theological Head-Hunters”