Truth and morality mean nothing for too many folks claiming to be Christians:

The case for how the world has so thoroughly snuck into, and taken over, so much of Christianity in the West is very easy to make. Besides a mountain of anecdotal evidence, we have various studies to confirm all this as well. Here I want to offer one example of each. 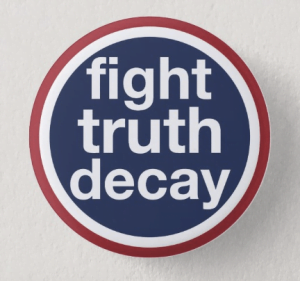 Both make it crystal clear that far too many people who claim to be Christians not only do NOT believe in absolute truth, but are totally steeped in moral relativism as well. Both are indications that the Word of God means nothing to them, and they simply think and act just like the world does. And that means we have every right to question whether they are even Christians at all.

Let me begin with one very sad and appalling example of all this. I am not picking on this one gal, as there would be so many others just like her unfortunately. But her case certainly makes my point: these folks may talk about being Christians, but their lives make it clear they are anything but.

Consider the young American Lindsay Capuano. A number of media outlets have already run with her sordid story. Some of the media reports contain far too much graphic imagery, so I will utilise one that does not. One such piece says this about her:

A Connecticut model — who claims to be a Christian — says her faith won’t interfere with taking her clothes off for anonymous strangers on the internet. The model, 22-year-old Lindsay Capuano, reportedly rakes in $200,000 per month selling photos of herself in which she takes off her clothing. Capuano’s Instagram page boasts a following of more than 2.4 million.

According to the Daily Mail, Capuano says that her parents — who are also Christians — are “so proud” of their daughter for her business venture. OnlyFans, an online subscription service, permits users to sell their most personal and explicit photos to online voyeurs for cold, hard cash.

The young woman began her work career as a staffer at a private Christian day care, but decided to commit full-time to sharing her pictures online and eventually left the center for her online life. “I actually loved the job and I really enjoyed working with the children,” Capuano said. “But when things started really taking off last summer on Instagram and Snapchat, it didn’t make sense to go back.” Capuano said that many of her followers — or as she refers to them, “amazing fans” — often tip her anywhere between $1,000 and $3,000 per day.

“God will love you no matter what,” she reasoned of reconciling her faith and her profession. “That’s what I was taught in my household, school, and church. I pray every single night. I pray for whatever I feel I need to that day. I pray for family, my fans, myself.” Capuano said that her family is Christian but “very laid back.” “My religion has never interfered or stopped me from doing anything I’ve wanted to do,” she added. www.theblaze.com/news/christian-onlyfans-model-says-her-faith-will-not-stop-her-from-stripping-down-to-the-tune-of-200k-a-month

Hmm, that last bit says it all: “My religion.” It is hers alright, but it sure is not the living God’s religion. And her foolish and dangerous line, “God will love me no matter what” does not come from the Bible but comes straight out of the pit of hell. And that, sadly, is exactly where she is heading if she does not get on her knees before the One True God, repent, and let Christ clean up her depraved life.

No one actually reading the Bible could ever claim that sexual depravity and debauchery is EVER condoned or winked at. Sexual sins are among the sins most often dealt with in Scripture, and passages like Hebrews 12:14 make it quite clear what the Christian life is all about: “Without holiness no one will see the Lord”.

But as I say, she is not alone in such demonic deception. We have an entire generation in the West who think truth is whatever you want it to be and morality is whatever turns you on. And that is where my example of research comes in. The latest study from the Barna Research Group offers some very discouraging news. As one write-up puts it:

Moral relativism is the “majority opinion” of Gen Z, with most teens and young adults holding to the belief that many religions can lead to eternal life, a new study has found. Gen Z: Volume 2, a new report from the Barna Group in partnership with the Impact 360 Institute, collected data from 1,503 U.S. teens and young adults ages 13 to 21 between June 15 and July 17, 2020.

Additionally, 31% of teens and young adults “strongly agree” that what is “morally right and wrong changes over time, based on society,” compared to just 25% in 2018. Another 43% agree “somewhat.” www.christianpost.com/news/moral-relativism-the-majority-opinion-of-gen-z-study.html

This is not good. For too many folks calling themselves Christians, truth and morality are no longer seen as absolute and objective, but relative and subjective. That is a recipe for disaster, and that is how you destroy historic biblical Christianity.

And that also fully explains folks like Lindsay (and her parents). She has fully imbibed of the spirit of the age which tells us that truth is whatever you happen to believe in at the time, and morality is whatever makes you feel good. And it seems that millions of other young people – and not so young – feel the same way.

So why is all this happening? Plenty of reasons could be offered here. As mentioned, so much of the church simply goes along with the surrounding culture. The Bible is seldom taught anymore in all its fullness. Celebrities, entertainment, rock concerts and self-help chats have become the prime concerns of too many churches.

We have mega-church preachers whose only message is that we can have our best life now – meaning we can be happy and wealthy and successful and even lose weight for Jesus. The biblical gospel in other words is no longer being preached in countless churches.

How all this can be turned around is the million-dollar question. So much of Christianity in the West today is not biblical Christianity at all. As I said, repentance is the first port of call. And needless to say, we can pray for Lindsay – and millions of others just like her.

They may not all be stripping in front of complete strangers and prostituting themselves, but they are just as lost – morally, biblically, theologically, and spiritually. They too think that their own wants and feelings and desires are all that matters – and that Jesus is fully happy for them to do whatever they want.

Our churches and church leaders have a lot to answer for as well. They need to repent for not proclaiming biblical truth, and for offering cheap grace. If things are so watered down and there is so much compromise that folks calling themselves Christians think that God is just peachy keen when they live like the devil, then you know something is really quite wrong.

The need of the hour is to reclaim biblical truth and once again stand on the rock of unchanging moral standards. Getting back to the Bible is the first necessary step. Plenty of quotes could be offered here on this, but let me present just one. John Stott, commenting on 1 Thessalonians 4:1-12 said this:

One of the greatest weaknesses of contemporary evangelical Christianity is our comparative neglect of Christian ethics, in both our teaching and our practice. . . . One of the main reasons for this is that our churches do not (on the whole) teach ethics. We are so busy preaching the gospel that we seldom teach the law. We are also afraid of being branded ‘legalists’. ‘We are not under the law’, we say piously, as if we were free to ignore and even disobey it. Whereas what Paul meant is that our acceptance before God is not due to our observance of the law. But Christians are still under obligation to keep God’s moral law and commandments. Indeed, the purpose of Christ’s death was that ‘the righteous requirements of the law might be fully met in us’, and the purpose of the Holy Spirit’s dwelling in our heart is that he might write God’s law there.

I would have thought all this was Basic Christianity 101. Anyone actually reading the Bible would know that a transformed life is a clear indication of someone being a genuine Christian. No one reading the Word could ever come away with the idea that one could somehow be a Christian and yet disobey some of the clearest commands in Scripture.

As I said, it is quite remarkable just how often sexual immorality is discussed. Dozens of New Testament passages alone could be mentioned. Here are just three of them:

Galatians 5:19 Now the works of the flesh are plain: fornication, impurity, licentiousness…

Ephesians 5:3 But fornication and all impurity or covetousness must not even be named among you, as is fitting among saints.

We dare not deceive ourselves here. This really is a matter of (eternal) life and death. I will let Jesus have the last word on this, as found in Matthew 7:21: “Not everyone who says to me, ‘Lord, Lord,’ will enter the kingdom of heaven, but only the one who does the will of my Father who is in heaven.”

17 Replies to “The Rising Tide of Truth Decay”