Peter Singer is considered by many to be Australia’s leading ethicist. He is well known as an animal rights crusader. However, he holds some very cavalier views about humans. He is pro-abortion, pro-infanticide and pro-euthanasia.

Unfortunately Prof. Singer influences many through his twenty books, his lecturing and widespread media exposure. He is a Professor of Philosophy and Deputy Director of the Centre for Human Bioethics at Monash University. Now he plans to run for the Federal Senate as a Green candidate. Given his poor view of human life, it is worth letting people know just what he has said on some of these issues. The following quotes show that Singer’s moral philosophy leaves a lot to be desired. 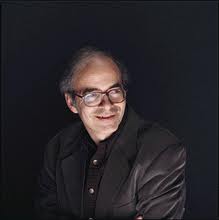 Singer first gained fame as an advocate of animal rights. His 1975 Animal Liberation became a Bible for the movement. In this book he argued that attempting to morally distinguish animals from humans (“speciesism”) is as wrong as racism or sexism. In 1979 he wrote: “If the fetus does not have the same claim to life as a person, it appears that the newborn baby does not either, and the life of a newborn baby is of less value than the life of a pig, a dog, or a chimpanzee … In thinking about this matter we should put aside feelings based on the small, helpless and – sometimes – cute appearance of human infants … If we can put aside these emotionally moving but strictly irrelevant aspects of the killing of a baby we can see that the grounds for not killing persons do not apply to newborn infants.” (Practical Ethics, pp. 122-124.)

He hasn’t mellowed over the years. In 1983 Singer wrote an article in Pediatrics in which he said the following: “Species membership in Homo-sapiens is not morally relevant. If we compare a dog or a pig to a severely defective infant, we often find the non-human to have superior capacities.”

In “A Declaration on Great Apes” Singer and others said: “We demand the extension of the community of equals to include all great apes: human beings, chimpanzees, gorillas and orang-utans.” They demanded that the great apes have these rights: “The right to life, the protection of liberty, and the prohibition of torture.” (Peter Singer and Paola Cavalieri, eds., The Great Ape Project: Equality Beyond Humanity, p. 4.) Would that babies and other expendables have such rights.

Indeed, animals always seem to take priority for Singer. In his 1993 How Are We To Live?, he mentions a couple who went to India and were appalled by the suffering and “desperate condition” of animals there. Singer praised this couple for their “courageous decision” to move to India to try to ease the suffering of the animals (p. 221). No mention is made of trying to alleviate the human misery that abounds in India.

This preference for animal life over human continues throughout his writings. In 1994 he wrote these words: “the argument for not eating fish is much stronger than the arguments against abortion”. (Rethinking Life and Death, p. 209)

And consider this incredible passage. He describes how he was barred from speaking at a bio-ethics conference in Germany in 1989. Singer expresses astonishment at this. He moans about the out-dated views which the Germans still cling to. (Ibid., pp. 201,202) He cannot seem to comprehend that somehow his own views on matters of life and death bear a chilling similarity to those of the Nazis during the 30s and 40s. Never mind the millions killed by the Nazi eugenicists. Never mind that such anti-life views may still cause many Germans to shudder.

As recently as July he reaffirmed these views in an interview: “You cannot always say that the life of a human is more valuable than that of a non-human. . . . A baby born with huge brain damage has no capacity for life on a meaningful level of consciousness whereas an animal such as a chimpanzee does.” (Montage, July 1995, p.14)

And in the September 16 issue of The Spectator he again argues for infanticide, stating that we need to determine whether new-born babies should be allowed to continue living: “we should have a ceremony a month after birth, at which the infant is admitted to the community.” (p.22)

Such barbaric anti-life views are the inevitable result of one who has rejected the source of all life, the Creator God. Singer’s atheism drives him to a position that many in Nazi Germany would have been quite comfortable with. It is essential that before the next Federal election, Christians take time to study the writings of Singer and let his views be known to the wider community. Buy some of his books, read them carefully, and write letters to newspapers, write to the Greens, write to your Pastor, notify your friends.

The culture that led to the rise of the Nazis in Germany was not unlike our own. A well-educated, highly cultured and civilised society allowed Hitler and his ideas to come to power. Why? In large part because the Church was indifferent, unconcerned, unaware or apathetic. It was also silent. We too are asleep at the wheel. And those who are aware of what is going on are often unwilling to speak out. If Singer gets elected, and his ideas become law, we will only have ourselves to blame.

3 Replies to “Peter Singer and the Gospel of Death”