Not bad for a get rich quick scheme: peddle some old myths, repackage and cleverly promote them, and get Oprah Winfrey to gush about it, and there you go: instant success, fame and fortune.

Pretty good for an Australian single mum in her 50s. The Secret has only been out since late last year, but has already sold around 3 million copies, along with another 2 million DVDs. In just a matter of months Rhonda Byrne has gone from financial difficulty to being worth over $40 million. 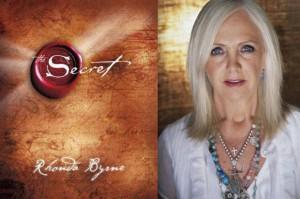 The former Melbourne television producer (who now resides in LA), has certainly struck a pot of gold in recycling old mental positivism beliefs. The gist of the book is just old fashioned mind-over matter mumbo jumbo. It is a bit of creative visualisation, and a bit of positive thinking and a bit of name it and claim it theology, all rolled into one.

The premise is that your thoughts and feelings can get you anything and everything you want. Thus if you want to be thin, focus on thinness. Do not look at fat people. She speaks of the “law of attraction,” the idea that thoughts, either good or bad, “attract” more of whatever they’re about. So the way to get thin?: “If you see people who are overweight, do not observe them, but immediately switch your mind to the picture of you in your perfect body and feel it.”

She told Oprah that her book was inspired by a 1910 volume she came across called The Science of Getting Rich by Wallace D. Wattles. And that is what this book is all about: how to get rich, how to get that luxury yacht, how to get the new home, how to get that dream vacation, how to conquer cancer, how to snag the love of your life, etc. It is one big exercise in greed, selfishness and avarice. And as one critic put it, “It’s pseudoscientific, psychospiritual babble.”

Nothing new under the sun

Anyone who has studied the New Age movement and its predecessors, New Thought and the mind sciences, will immediately find plenty of family resemblances here. New Thought can be traced back to Theosophy (founded by Madame Blavatsky in 1875), and Anthroposophy (founded by Rudolf Steiner in 1912). The real founder is P. P. Quimby (1802-1866) who practiced Mesmerism and advanced the notion that sin, sickness, and disease exist solely in the mind. After his death, a number of Mind Science groups emerged and prospered in the early parts of the twentieth century, including Mary Baker Eddy’s Christian Science, the Unity School of Christianity, and Religious Science.

All these New Thought movements emphasised the importance of mind over matter in various ways, claiming human beings can experience health, success, and abundant life by using their thoughts to define and condition their lives. As Mary Baker Eddy put it, “The cause of all so-called disease is mental, a mortal fear, a mistaken belief or conviction of the necessity and power of ill-health”.

And the New Age Movement is full of this thought as well, especially in the form of creative visualisation (using mental concentration and direct mental imagery to achieve certain goals, be they material, psychological, vocational, or spiritual).

Shirley MacLaine is one New Age advocate who speaks much of creating your own reality, of scripting your destiny. In one of her books she tells of how she thwarted a mugger by willing a different reality: “I am learning to alter my perceptions and therefore change my ‘reality’. . . . I remember my flash reaction that I, by God, did not like playing the part of a victim. Instinctively I changed my ‘part’ and lunged back at him. . . . I changed the script. Jesus said, ‘Everything is possible for him who believes’.”

All this sort of thinking brings to mind an old limerick:

There was a faith-healer from Deal
Who said that though pain is not real,
When I sit on a pin
And it punctures my skin,
I dislike what I fancy I feel.

Or the story of a boy who went to a Christian Science practitioner and asked him to pray for his father, who was very ill. “Your father only thinks he is sick,” the man told the boy. “He must learn to counter those negative thoughts and realize he is actually healthy.” The next day the boy came back, and the minister asked how his father was doing. “Today he thinks he’s dead,” replied the boy.

And it is not just New Agers and occultists who have been into all this stuff. Some Christian groups have taught these things as well. Much of the positive confession movement, the health and wealth gospel, the name it and claim it theology, the word of faith movement, and the prosperity gospel teachings all nicely fit in here as well.

C.S. Lovett puts it this way: “The ability to picture something which does not have existence is called IMAGINATION. Imagination is the most spiritual faculty of man. By means of imagination we can give reality to the unseen. We can picture things before they come into existence. . . . Man’s imagination allows him to create things in an endless stream. Anything he can conceive he can build.”

John Avanzini concurs: “Use your imagination to see things the way God intends them to be, instead of as they are. To do this, you will need a good, concise mental picture of God’s will for your future. If you are not enjoying good health, project pictures of yourself in the best of health on the screen of your imagination”.

No one denies that a good healthy attitude can be helpful in life. A positive outlook on life can have some helpful psychosomatic outcomes. But the world of the mind over matter camp is simply pagan superstition. Whether it is called mental training, self-talk, positive mental attitude, mind over matter, creative visualisation, possibility thinking, positive thinking or positive confession, it is all of limited value and certainly has little or no place in the biblical Christian worldview.

And any teaching or philosophy that puts all its emphasis on you, and what you can get out of life, is clearly at odds with the biblical message which says we are to deny ourselves, die to ourselves, and serve and love others.

The Secret has nothing to do with hidden truths now revealed, or freshly revealed wisdom. It is simply a con job to suck dupes into shelling out money to buy more self-help and motivational material they simply do not need.

14 Replies to “Nothing New About “The Secret””