More than once I have been involved in debates with fellow believers over the broad issue of God’s forgiveness and what that entails. More specifically, some have argued that since Christ forgives us, we should not only forgive others, but fully relinquish them from the consequences of their actions. Now to freely forgive is the biblically correct position. But it is an altogether different matter to suggest that once forgiven, a person is free from any consequences of his or her sin.

My critics often take this position in the context of the death penalty debate. They argue that Christians cannot support capital punishment, since to do so would be to repudiate the example of Christ in offering us free and full forgiveness. They argue that we should not demand that the state punish wrongdoers – at least by capital punishment – when Jesus has forgiven us.

But is this in fact the case? As mentioned, Scripture makes it clear that just as God has forgiven us, so we are to forgive others. As individual believers, this is our calling. But what we are commanded to do as individual believers is a different matter from what God has called the state to do.

The responsibilities of the state are in fact different from those of individual believers. God has appointed the state to maintain justice and punish wrongdoers. Thus it has an obligation to carry out punishment when crimes are committed. 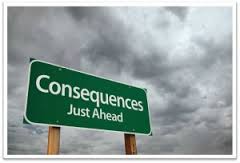 Consider an example. Suppose someone breaks into my house and steals a lot of valued property. Then the criminal is caught, brought to trial, and sentenced to spend some time in jail. The state has performed its God-ordained task of delivering justice.

Now if I wish to personally forgive this robber, I am certainly free to do so. But while I may extend forgiveness to the criminal, the state has an obligation to administer justice. Of course it is possible that if I catch the burglar in the act, and then the police arrive, I might decline to lay charges. I can tell the police I do not wish to press charges, but instead will forgive the robber and let it go at that.

While that is an option for the believer, the state does not have that option. It has a job to secure justice and maintain order. If it decided simply to forgive every criminal, or grant clemency for every criminal act, we would be living in anarchy. There are consequences for our actions, in other words, which the state must recognise.

But leave aside for a moment the role of the state. What about on the individual level? Can a person expect that upon coming to Christ and experiencing total forgiveness that all consequences of past sinful actions are automatically suspended or eliminated? Is that how we should understand the forgiveness which God offers?

Let me give a few examples. Suppose I have been smoking three packs of cigarettes a day for many years. I then become a Christian and become convinced that I should stop smoking. I experience new birth and God’s grace and forgiveness. Does that mean the consequences of thirty years of heavy smoking simply vanish overnight?

Well, it is certainly possible that God can undo the effects of sinful living. But generally speaking, we are stuck with the consequences of our actions. God may have forgiven us, but we usually still reap what we have sown. I may still die young of lung cancer, unless God seeks to intervene and nullify the effect of my tobacco addiction. And that is something he can and sometimes does.

But usually we are left to face the consequences of our actions. Becoming a Christian does not automatically undo the effects of past habits and actions. If I covered myself with tattoos as a non-believer, just because I come to Christ does not mean those tattoos will suddenly disappear. Of course God is fully able to miraculously eliminate such tattoos, but normally I will be stuck with the consequences of my past actions.

As food for thought, let me raise a few other cases. What if someone has had a history of abusing children? They may become a Christian, and experience grace and forgiveness, but prudence may still dictate that such a person not be put in the care of children, as in a Sunday school. Or what about someone with a record of financial impropriety who is forgiven by God? Would it be wise to allow him to become the church treasurer? Maybe, maybe not. But the point remains: forgiveness does not necessarily mean all consequences of past behaviour disappear.

Let me give another example, which also happens to be a true story. A former missionary colleague who I had come to know in Europe had an interesting background as a non-believer. He was a member of the IRA and had been involved in acts of terrorism, including murder. Upon coming to Christ he of course experienced total forgiveness by God. But does that mean his past actions were now consequence-free? He rightly did not think so. After spending some time as a free man, and a forgiven Christian, he turned himself in to the authorities. He was tried, found guilty, and sentenced to a prison term.

I believe he may still be in prison today. Now some might ask, “Is that right? Doesn’t the fact that Christ has forgiven him mean that the state should as well?” He did not think so, and neither do I. While the punishment for our sins had been dealt with at Calvary, we often still have to face the music; we often still have to accept the consequences of our actions. It is the church’s business to forgive, but the state’s responsibility to execute justice, which includes the punishment of crime.

One Old Testament story will serve as a closing illustration. We all know the story of David’s sin with Bathsheba. In the end he committed two capital offences: adultery and murder. Nathan the prophet was sent by God to confront King David about this (see 2 Samuel 12). He tells a parable about grave injustice and treachery. David is rightly incensed, and says, “This man deserves to die”. Then Nathan pronounces those fateful words: “You are the man”.

David is immediately stricken with grief and guilt, and he deeply and genuinely repents of his sins. Because of his real repentance, Nathan pronounces God’s forgiveness on him, telling him he will not die. Yet do all the consequences of his actions simply disappear? No. Some severe consequences indeed are to follow, including the death of his son, losing some of his wives, and generations of division and conflict (“the sword will never depart from your house”). God had forgiven David, but the consequences of his actions remained.

Of course in this episode some legitimate questions arise. Why was David not executed for his crimes as the law had demanded? Several responses can be given here. Since God is the author of both life and death, he is free to decide if and when punishment is handed out. Also, there were other penalties applied: David’s son dies, and bloodshed and divisions within the family will long afflict David’s descendents. And the messiah is of course to come through David and his descendants.

Also, why did an innocent person – David’s son – die for the wrongdoing of David? The remarks of Bill Arnold (from his NIVAC commentary) are worth recording here: “The answer lies in the Bible’s distinction between punishment and consequence. The child’s death is a result of David’s sin, but this is not the same as punishment. It is a fundamental principle of life that God may forgive and cleanse us of all wrongdoing, but the consequences of our sin may, and in fact, often, remain. The innocent suffer for crimes committed by someone else, but such suffering is not punishment for those crimes. A crack [cocaine] baby may die soon after birth because the mother used crack during pregnancy. The child dies, the mother lives. The child’s death is not the punishment but the consequences of the mother’s sin. Her punishment will take a different form.”

But this story nicely illustrates the fact that while a person may be forgiven, there still can remain very real consequences. Arnold is again worth citing: “At the same time as [2 Sam.] 12:13 illustrates God’s merciful forgiveness, 12:14 illustrates the unmitigated consequences of sin, even though forgiven by God. The punishment of death has been turned aside from David because of his repentance, but the aftermath of sin remains; the child will die. Sin that has been forgiven and forgotten by God may still leave human scars.”

In sum, we have a wonderful saviour who offers complete and amazing forgiveness. He has taken upon himself the penalty for our sins. But sometimes we still must bear the consequences of our actions. Indeed, if I, as a forgiven and redeemed Christian, go out and murder someone, why should I expect to be let off the hook? I may repent and be forgiven by God, but I still must pay off my debt to society.

So we all can rejoice in God’s marvellous forgiveness. But his forgiveness has come at a price – the death of his son. And the principle of sowing and reaping is not just an Old Testament concept. It is found in the New Testament as well. Thus the biblical Christian takes seriously both the tragedy of sin and its consequences, and the matchless grace and forgiveness as found on Christ.

37 Replies to “Sin, Forgiveness and Consequences”