Today I was reading the very familiar parable of the sower which Jesus gave (Matthew 13:1-23 = Mark 4:1-20; Luke 8:5-15). Of course as many commentators point out, this is really a parable about the soil. It primarily deals with the different responses people give to Christ’s teaching about the kingdom of heaven. It highlights the fact that the same message will be received differently by different people.

The first three types of soils (or human hearts) are those who inappropriately receive the word, or receive it for the wrong reasons, and are not real disciples of Jesus. Only the fourth type of soil is appropriate, and only that type of soil will produce genuine conversion, resulting in real fruit.

When persecution, hardships and testings come along, those who have wrongly received the word will simply give up. The word was never properly established in their hearts, and they came to Jesus for the wrong reasons. They wanted the good news of the gospel (the benefits) but not the bad news (the fact that we are helpless sinners who must renounce sin and self, and daily carry our cross if we are to follow Jesus).

Much of the problem of those who claim to believe but then quickly fall away when the going gets tough lies at the feet of the sowers. That is, often the blame must be apportioned to those who are proclaiming an insipid, me-first type of gospel. Those who simply tell people to come to Jesus to see all their problems, worries and cares taken care of are not proclaiming the message of Jesus.

Such benefits are all by-products of receiving the gospel, but they are not at the heart of Christ’s message. Telling people to come to Jesus so that we can get all sort of goodies is a distortion of his message. But too often that is just what we hear in so many churches today.

Indeed, we make it far too easy on our listeners. We give them a marshmallow gospel, and we try to lead them softly-softly into the kingdom. But in truth all we have done is led them further into themselves. Jesus came to take us away from ourselves. Self is the very problem that needs to be dealt with.

We should not be baptising selfishness, but crucifying it. Jesus made this quite clear time and time again:

“Whoever finds his life will lose it, and whoever loses his life for my sake will find it.” (Matt 10:39)
“If anyone would come after me, he must deny himself and take up his cross daily and follow me. For whoever wants to save his life will lose it, but whoever loses his life for me will save it.” (Luke 9:23-24)
“Anyone who does not carry his cross and follow me cannot be my disciple.” (Luke 14:27)

There is no easy believe-ism here. No cheap grace. No words appealing simply to self. Sadly, our gospel proclamation is far removed from that of Jesus and the early church. We allow people to cling to their own selfishness and sin, and pretend they are real followers of Jesus Christ. As A. W. Tozer said,

“In every Christian’s heart there is a cross and a throne, and the Christian is on the throne till he puts himself on the cross; if he refuses the cross he remains on the throne. Perhaps this is at the bottom of the backsliding and worldliness among gospel believers today. We want to be saved but we insist that Christ do all the dying. No cross for us, no dethronement, no dying. We remain king within the little kingdom of Mansoul and wear our tinsel crown with all the pride of a Caesar; but we doom ourselves to shadows and weakness and spiritual sterility.”

Too often we invite our non-Christian listeners to sing ten choruses of “Just as I am,” and they simply leave just as they were. No real change has taken place at all. No radical commitment to Christ which says I will forsake all to follow Jesus. No sense of our own horrid sinfulness and God’s awful holiness. 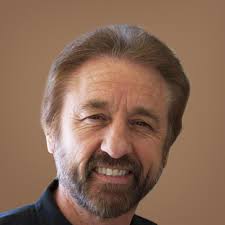 As long as we preach a watered-down, feel-good gospel our results will always be disappointing. Sure, lots of people will raise their hands and go forward, but as soon as the heat is turned up, most of these folk will simply fall by the wayside.

I am reminded of an illustration which Ray Comfort used some years ago in this regard. It is worth repeating here:

“Two men are seated in a plane. The first is given a parachute and told to put it on as it would improve his flight. He’s a little skeptical at first because he can’t see how wearing a parachute in a plane could possibly improve the flight. After a time he decides to experiment and see if the claim is true. As he puts it on he notices the weight of it upon his shoulders and he finds that he has difficulty in sitting upright. However, he consoles himself with the fact that he was told the parachute would improve the flight. So, he decides to give the thing a little time. As he waits he notices that some of the other passengers are laughing at him, because he’s wearing a parachute in a plane. He begins to feel somewhat humiliated. As they begin to point and laugh at him and he can stand it no longer, he slinks in his seat, unstraps the parachute, and throws it to the floor. Disillusionment and bitterness fill his heart, because, as far as he was concerned, he was told an outright lie.

“The second man is given a parachute, but listen to what he’s told. He’s told to put it on because at any moment he’d be jumping 25,000 feet out of the plane. He gratefully puts the parachute on; he doesn’t notice the weight of it upon his shoulders, nor that he can’t sit upright. His mind is consumed with the thought of what would happen to him if he jumped without that parachute.

“Let’s analyze the motive and the result of each passenger’s experience. The first man’s motive for putting the parachute on was solely to improve his flight. The result of his experience was that he was humiliated by the passengers; he was disillusioned and somewhat embittered against those who gave him the parachute. As far as he’s concerned it’ll be a long time before anyone gets one of those things on his back again. The second man put the parachute on solely to escape the jump to come, and because of his knowledge of what would happen to him without it, he has a deep-rooted joy and peace in his heart knowing that he’s saved from sure death. This knowledge gives him the ability to withstand the mockery of the other passengers. His attitude towards those who gave him the parachute is one of heart-felt gratitude.

“Now listen to what the modern gospel says. It says, ‘Put on the Lord Jesus Christ. He’ll give you love, joy, peace, fulfillment, and lasting happiness.’ In other words, ‘Jesus will improve your flight.’ So the sinner responds, and in an experimental fashion, puts on the Savior to see if the claims are true. And what does he get? The promised temptation, tribulation, and persecution. The other passengers mock him. So what does he do? He takes off the Lord Jesus Christ, he’s offended for the word’s sake (Mark 4:17), he’s disillusioned and somewhat embittered, and quite rightly so. He was promised peace, joy, love, fulfillment, and lasting happiness, and all he got were trials and humiliation. His bitterness is directed toward those who gave him the so-called ‘good news’. His latter end becomes worse than the first: another inoculated and bitter backslider.

“Saints, instead of preaching that Jesus improves the flight, we should be warning the passengers they’re going to have to jump out of the plane…”

Quite right. It is time that we stopped telling people what they want to hear, and start telling them what they need to hear. Jesus never diluted his message, or made it easy for people to come to him. In fact he made it exceedingly difficult. He hit people where they were at. He could tell the rich young ruler that he had to sell all his possessions in order to follow him. And we read of the result: “When he heard this, he became very sad, because he was a man of great wealth”.

That is why we keep finding that the crowds often turned away from Jesus. They liked to follow him when he fed them and did miracles for them. But when he gave them the hard word about what it means to be a true disciple, most turned away. And so it is today.

We will always draw a crowd if we tell people what they want to hear, and promise them nice things, goodies, and above all, words which cater to, and pamper, self. But we will turn away many when we give the gospel in its fullness, complete with demands of crucifying self and daily carrying our cross. As Tozer rightly said,

“Let me remind you of the journey of Jesus Christ to immortal triumph. Remember the garden where He sweat blood. Remember Pilate’s hall where they put on Him the purple robe and smote Him. Remember His experience with His closest disciples as they all forsook Him and fled. Remember the journey up the hill to Calvary. Remember how they nailed Him to a cross, those six awful hours, the hiding of the Father’s face. Remember the darkness and remember the surrender of His spirit in death. This was the path that Jesus took to immortal triumph and everlasting glory, and as He is, so are we in this world!”

22 Replies to “What Sort of Gospel Are We Preaching?”