How should Christians think about the modern state of Israel? Numerous book-length treatments of this topic have appeared, so it may be foolhardy of me to try to adequately cover this topic in a short article. But I can at least make some introductory remarks here.

To make this a manageable topic it must be pointed out that there are at least two separate but related issues that need to be addressed. One has to do with political and geo-political concerns, while the other has to do with biblical, theological and eschatological issues. 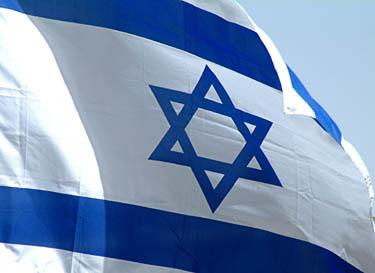 The Christian should seek to address both issues. As to the political debate, a number of questions would need to be dealt with, including whether Israel has a right to exist; how and if it should defend itself; why there is so much hatred of Israel; what is the truth about the Palestinian situation; and so on.

At the very least, it must be said that these political and geo-political matters are complex and not easily sorted out. Indeed, the entire Middle East quandary is one involving numerous difficult layers, and it seems that no mere human can readily untangle the mess that is the Middle East.

So that is one set of questions, and Christians can and do differ on many issues here. Some always support Israel, some always support the enemies of Israel, some see truth and justice – as well as lies and injustice – on all sides of the conflict; some have no clue where they stand; and some would rather not even think about all this at all!

As should be clear by now to readers of this site, I tend to side with Israel on a number of occasions. It is far from perfect and makes many mistakes. But unlike almost every other nation in the world, it is fighting for its very existence. It is surrounded by enemies which have vowed to drive Israel into the sea, and which claim Israel has no right to exist.

Indeed, Israel has many enemies, ranging from the secular left, to the entire Islamic world, to most of the mainstream media. I find it hard to get fair and even-handed commentary on Israel from most of the MSM, so I often have to rely on the alternative media for more balanced treatments.

The other set of questions are equally complex, multi-faceted, and far from unanimously agreed upon by Christians. In fact, there are numerous positions believers have held on a number of theological and biblical aspects, not least of which are the many options involved concerning biblical prophecy and the end-times.

As just one issue that needs to be determined: is the modern nation of Israel which came into being in 1948 to be equated with God’s particular people, and with God’s prophetic program? Bear in mind that the majority of Jews living in Israel today are not even religious, but are secular, and some even atheistic.

Thus can it be said that everything a basically secular Jewish state does today is part of God’s will, and part of God’s plan for the nation? The truth is, believers are all over the place on the question of whether God even has any further purposes for the Jews.

Many hold to a replacement theology which says that the church is now God’s people, and Israel no longer has any future place in God’s overall plans. There are plenty of New Testament passages which can be appealed to in this regard.

Consider just one passage, which can go either way on this issue, depending on how we translate one very minor Greek word. I refer to Gal. 6:16: “Peace and mercy to all who follow this rule, even to the Israel of God”. Now all translators have to be interpreters to some extent, and that certainly is the case here.

Here the NIV interpreted the Greek word kai to mean ‘even’. That is quite legitimate, but the word can also mean ‘and’ as the KJV, ASV, and the NASB for example translate it. But there is a world of difference to this passage depending on how we understand kai.

If we translate it ‘even’, it seems then that Paul is equating Israel with the church, and this would then be one more part of an overall argument for replacement theology. But if Paul really meant ‘and’, then it seems he is trying to make a clear demarcation between Israel and the church, and that God then may well have further purposes for Israel.

So if one little Greek word can cause so much hermeneutical ambiguity, then we must realise that we are in the middle of one big complex debate! And this gets compounded many times over when we consider all the other texts which deal with these issues.

Of course a major problem for those who claim that Israel is no longer part of God’s purposes is not only the many Old Testament passages that seem yet to be fulfilled regarding a glorious future for Israel – passages which can be argued both for and against – but a key NT passage, namely Romans 9-11.

In this major text of Paul’s we find what seems to be a clear pronouncement that God is by no means finished with Israel yet, and one day there will be a great restoration of Israel. Indeed, we even find quite strong passages such as Rom 11:26 which says that “all Israel will be saved”.

Needless to say, that particular verse, along with the three chapters, has been debated ad nauseam, ad infinitum. All kinds of ink has been spilled trying to sort out exactly what Paul is arguing for in that verse and in these three crucial chapters. But these chapters need to be seriously considered along with a batch of other texts before we can get a clear handle on how we understand Israel and the future.

Thus I am afraid I may have simply complicated matters here, instead of providing my readers with clear and easy answers on all this. There is in fact far more that needs to be said on a host of related issues here. But to summarise, at least by way of where I stand, let me say this:

I do support Israel and think it is under assault from all sides. I think it gets a bum rap in the media and in many other quarters. It deserves support and protection. Having said that, I realise that many times Israel makes mistakes and often can compound matters, even making them worse.

Not every action of Israel can be fully supported or justified, whether on Christian grounds or other grounds. But for the most part I think the nation warrants a lot more support and assistance. And a great amount of misinformation and propaganda concerning the nation needs to be challenged and cleared up as well.

As to the biblical understanding of Israel, simply going by Romans 9-11 alone, I find it hard to argue that God no longer has any future plans for the Jews. I think they are still very much in his heart, and he is not finished with them yet.

Whether the modern nation of Israel is part of God’s eschatological purposes for the Jews is not fully clear to me. It may well be. But even if not, we need to keep praying for our Jewish friends, and bear in mind the word given to Abram, “I will bless those who bless you, and whoever curses you I will curse” (Gen 12:3).

To conclude, let me say that I have barely begun to even scratch the surface of a very nuanced, complex and multi-layered discussion. Thus don’t rush to judgment, throwing all your barbs at me. Much more needs to be said on this vital topic, and all I have done here is offered the lightest of outlines. Your comments can and will help tease this discussion out further.

47 Replies to “Christians and Israel”