There is hardly a more frightening and sobering passage in all of Scripture than Romans 1:18-32. Yet, sadly, it may be one of the more neglected texts in contemporary Christendom. And no wonder, since it cuts across so much of the trendy mumbo jumbo which is being taught about God and morality nowadays.

I urge every believer to pull out their Bible and re-read this important passage – or read it for the very first time if need be. It is especially relevant given next week’s federal election. It tells us much about how both individuals and nations self-destruct as they jettison God and establish themselves as the sovereign centre of the universe.

It tells us that the righteousness of God (discussed in vv. 16-17) is intimately bound up with the wrath of God. Paul argues that everyone has all the knowledge of God that they need, yet they choose to suppress that knowledge of God, and embrace a lie, and as a result descend further into barbarism and degradation.

While he lists a number of sins which result from this suppression of the knowledge of God, he singles out one as the epitome of this revolt against God. To highlight this one sin of homosexuality immediately challenges all the theological revisionism taking place in the churches today.

God makes it absolutely clear that this sin is the pinnacle of man’s rebellion against God. It is the ultimate sign of the unrighteous shaking their fists at God and proclaiming, “We will not have you to rule over us!” And it is also seen as the result of God’s judgment as well.

Paul argues here that homosexuality goes against the natural order as God created it. Says Thomas Schreiner, “Paul rejects homosexuality as contrary to the created order – homosexual activity is a violation of what God intended when he created men and women.” Or as John Stott remarks, “to act ‘against nature’ means to violate the order which God had established”.

C.K. Barrett reminds us of just how pronounced this sin was: “No feature of pagan society filled the Jews with greater loathing than the toleration, or rather admiration, of homosexual practices. Paul is utterly at one here with his compatriots; but his disgust is more than instinctive. In the obscene pleasures to which he refers is to be seen precisely that perversion of the created order which may be expected when men put the creation in place of the Creator. That idolatry has such consequences is to Paul a plain mark of God’s wrath.” 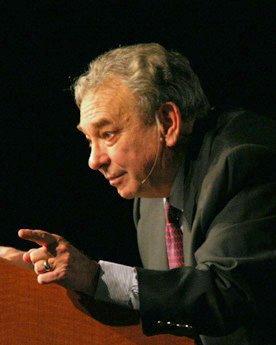 R.C. Sproul cuts to the chase here: “When we become involved in homosexual practices, we are not only sinning against God but against the nature of things. All the debates today about whether homosexual behaviour is acquired or inherently genetic can be answered here in this text. The Word of God says that such behaviour is not normal. It is against nature as God created it.”

And it is not just homosexual acts that Paul condemns. He speaks of those who were “inflamed with lust for one another” (v. 27). The desires are just as evil as the acts, Paul says. But some revisionists claim that Paul simply warns against pederasty (having sex with boys) here. But the bulk of New Testament scholarship rejects such views. As James Dunn notes, “Paul’s indictment seems to include all kinds of homosexual practice, female as well as male, and was not directed against one kind of homosexual practice in distinction from another”. Or as Leon Morris puts it, “Paul is saying in strong terms that the men were burned up with a powerful but unnatural passion.”

This entire passage teaches in unmistakable clarity that homosexuality is a prime example of the rebellion and idolatry that fallen mankind is a part of. As Fitzmyer puts it, “Homosexual behavior is the sign of human rebellion against God, an outward manifestation of the inward spiritual rebellion. It illustrates human degradation and provides a vivid image of humanity’s rejection of the sovereignty of God.”

Sproul concurs: “When the apostle Paul describes the radical corruption of the human race, he sees the sin of homosexual behavior as the sin most representative of the radical nature of our fall. It is seen here not simply as a sin, nor even as a serious sin or a gross sin, but as the clearest expression of the depths of our perversity.”

Or as Dr J.J. Davis has said, “In Romans 1, homosexuality is seen not merely as a violation of some Jewish or Christian sectarian code, but as a transgression of the basic moral law of God known in all cultures.”

Yet incredibly we have some who call themselves Christian who seek to tell us that there is nothing wrong with homosexuality, that it is God’s gift to us, and we should just stop carrying on about it. They are in effect saying they know better than Paul, and God himself who inspired him to pen these words. Indeed, they are calling God a liar.

(BTW, some will complain that we are singling out one sin, when all sin is equally bad. Well, yes and no is the reply. The truth is, as Peter Barnes rightly notes, Scripture does make distinctions between sins, and so should we: “Rather than declare that all sins are equal – which violates both common sense and Scripture – we ought to recognise that any sin cuts us off from God. It is misleading to say that God is equally opposed to each of our sins, but it is true to say that He utterly opposes all of our sin.”)

One of the most jolting thoughts found in this section of Romans is the thrice-repeated phrase, “God gave them over” (vv. 24, 26, 28). God finally abandons rebellious mankind to its own perversions and sin. That is the ultimate judgment of God.

Sproul is worth quoting at length here: “The worst thing that can happen to sinners is to be allowed to go on sinning without any divine restraints. At the end of the New Testament, in the book of Revelation when the description of the last judgment is set forth, God says, ‘He who is unjust, let him be unjust still; he who is filthy, let him be filthy still’ (Rev. 22:11). God gives people over to what they want. He abandons them to their sinful impulses and removes his restraints, saying in essence, ‘If you want to sin, go ahead and sin.’ This is what theologians call ‘judicial abandonment.’ God, in dispensing his just judgment, abandons the impenitent sinner forever.”

That paragraph alone should send shivers down the backs of every one of us. But Sproul is not finished yet. What he goes on to say needs to be proclaimed from every pulpit in the nation:

“We hear all the time about God’s infinite grace and mercy. I cringe when I hear it. God’s mercy is infinite insofar as it is mercy bestowed upon us by a Being who is infinite, but when the term infinite is used to describe his mercy rather than his person, I have problems with it because the Bible makes very clear that there is a limit to God’s mercy. There is a limit to his grace, and he is determined not to pour out his mercy on impenitent people forever. There is a time, as the Old Testament repeatedly reports, particularly in the book of the prophet Jeremiah, that God stops being gracious with people, and he gives them over to their sin.”

In the light of where this nation currently stands, morally and spiritually, are we not reaching the point of no return? As I wrote recently in another article, if God had to act in judgment on Sodom for its grievous sins, chief of which was rampant homosexuality, then is not God required to move against us right now?

Indeed, I would even suggest that a particular outcome of next week’s election may well simply see further promotion of the very sins listed here in this passage, and will provide all the more reason for a holy and just God to rightly unleash his well-deserved wrath against this sin-soaked nation.

The choice, as always, lies with us. This election is not just some inconsequential matter in the greater scheme of things, or in God’s eyes. It is a vitally important moment in this nation’s history, and how we vote may well determine not if, but when, God must finally say to Australia, “Enough is enough”.

The scariest and most shocking thing we can experience is for God to remove his restraints, and abandon us completely to our unrighteousness, ungodliness, and arrogant rebellion against him. Let us all pray that this day does not come soon. But if it does, we surely deserve it.

And as Romans 1 makes so very clear, we cannot say we have not been warned.

42 Replies to “Romans 1 and the Death of a Nation”