While salvation may be free (it is solely by grace through faith, and there is nothing we can do to earn it), it in fact is costly. It certainly cost God everything – he lost his only son so that we might be saved from our sin. But genuine discipleship is costly for us as well.

As Bonhoeffer rightly stated, “When Christ calls a man, he bids him come and die.” Jesus made it perfectly clear that anyone who would be his disciple must deny himself, pick up his cross (an instrument of death) and follow him. The normal Christian life is about self-denial, and putting to death our fleshly will, desires, ambitions, and so on.

But not only is the Christian life in general a costly act of radical self-denial, but so too are individual calls God may place on our lives. Particular callings or assignments will also be costly, and will demand that we be willing to forego our own rights, reputations, plans, and priorities.

Two recent experiences have reminded me afresh of these truths. One was from my daily Scripture reading. It is found in Judges 20, and has to do with following God, even if the results are not what we expect or what we want. One of the twelve tribes of Israel – Benjamin – had done great evil, and the rest of Israel united to take the tribe on.

Twice the Israelites inquired if they should go up against the Benjamites, twice they were given the green light, and twice they were soundly routed. On the third occasion, with tears, prayer and fasting, they again asked, again were told to proceed, but this time they were successful. 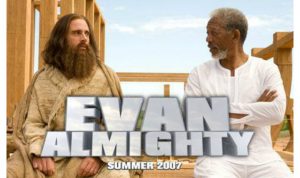 So why did they have to suffer terrible defeat these first two times, even though seemingly given the go-ahead by Yahweh? Why does God allow us to proceed on his behalf, only to experience defeat? The answers are not entirely clear, but the seriousness with which Israel came to this the third time around may be part of the answer.

It seems they were far too cavalier and presumptuous on the first two occasions. But the third time around they were serious and really meant business with God. Jesus himself said some things (the expulsion of some demons) can only be accomplished by prayer and fasting (Mark 9:29).

Indeed, as I type these words, some 500 Christians are meeting in Parliament House, Canberra, praying and fasting for the nation. Desperate times call for desperate measures. How serious are we about the work of the Lord? We dare not deceive ourselves into thinking that coming to Christ spells the end of all our troubles and difficulties.

Getting saved is no guarantee of a problem-free life, a life of ease, sweetness and light. Those who preach such a gospel are preaching a false gospel. Jesus promised hardship and persecution for his true followers. The life of discipleship, as already mentioned, is a life of self-denial, death to self, and renunciation of this world and its pleasures. And faithfulness, not success, is all we are called to.

The other recent episode occurred as I was watching a film on TV the other night. I had seen it before when it first appeared in 2007, but I was quite impressed as I watched it again. I refer to the comedy starring Steve Carell, Evan Almighty. The film was a follow-up to the quite funny 2003 film, Bruce Almighty.

Both films actually contained a number of solid theological and biblical truths. They also contained some rather weak, humanistic content as well. But I have enjoyed both movies not only as comedies but as conveying some sound spiritual truths. In the second film, newly elected Congressman Evan Baxter (Carell) is called by God to build an ark in preparation for a coming flood.

This calling is the key part of the film, in Christian terms. Just as the original Noah had to face scorn and ridicule as he built his ark, (for as long as 120 years – see Gen. 6:3), so too Evan had to put up with all kinds of mockery and insults from his colleagues, friends and even family as he reluctantly but doggedly obeyed God.

The land had been facing drought at the time, making his claims of an impending flood seem even more ridiculous. Even his own family at first were upset with his actions. ‘You are destroying our family’ his wife tells him. She thinks he is nuts, and takes the 3 children and walks out on him. Yet Evan keeps at it, enduring all the contempt and scorn.

God even calls him to appear in Congress with long hair and beard, and flowing robes, just like an OT prophet. While God may not call us to do the same, there are many cases of God telling his prophets and spokesmen to do things which would have appeared just plain weird, such as Isaiah going around naked for three years in a prophetic witness (Is. 20).

But the main point here is the importance of obeying a clear call of God, despite all the disapprobation, hatred and scorn which inevitably comes. That includes being willing to risk even losing your family and loved ones. Jesus made it clear that the cost of discipleship involved such a willingness to put God first ahead of even family if need be.

So even though this film is just a light-hearted comedy, the point of the heavy cost of discipleship is really driven home here. Are we willing to obey and follow God, whatever the price, no matter the cost? Will we do it even if it means bringing shame unto ourselves, and reproach, disdain and ridicule?

Thus if you are a Christian, I recommend renting a copy of this film, enjoying the many humorous bits, but allowing God to speak to you about putting Him first, no matter how difficult or unpleasant it may be for us to do so. The film nicely captures this clear biblical theme – dying to self as we seek to put God first in all things.

A true disciple of Christ will always have to pay the price. There is no easy discipleship. It will always be costly, difficult and demanding. But the reward for obedience – nearness to God and knowing his presence and favour – is well worth the price.

When God calls us to do something for him, and we obey, there will often be tests and trials along the way. Such obedience will almost always prove to be costly. We will lose friends along the way, maybe even family members. Our reputation will be dragged in the mud, and our ego will be bruised big time.

Scorn, derision, mockery and contempt will be our continual lot. But that is exactly what Jesus had to endure for our sakes. Indeed, such was the contempt and hatred that he received – so that we might have life – that he was sent to a horrible death on a cross.

The servant is not above his master. Jesus paid the ultimate price for us. The least we can do in grateful response is to offer our lives back to him. If that means we will be vilified, mocked and treated like dirt, so be it. Jesus is worth it. Every single bit of contempt and abuse we may face is forever worth it.

And that is the normal Christian life.

3 Replies to “The Radical, Costly Call of Discipleship”