Where does one begin in writing up such a remarkable Christian? His impact has been monumental, and he has left an indelible legacy for generations to come. As Thomas Howard wrote, “We all have the same difficulty here: how to tap into some shape the great heap of debts we owe to C.S. Lewis. There are, by now, millions of us.”

He of course is the great Christian apologist, writer, academic, literary critic, and scholar. He is also famously known as a writer of fiction, most notably his Narnia series, his space trilogy, and such classics as The Screwtape Letters and The Great Divorce. He perhaps did more than any other believer of the past century to establish the intellectual credibility and attractiveness of the Christian faith. 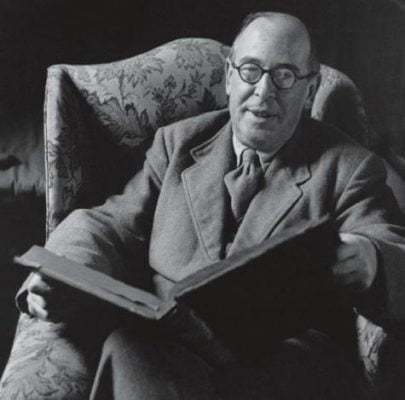 He was born in Belfast on November 29, 1898. Just after his mother died when he was 10, he and his brother went to boarding school in England. He studied at Oxford, and graduated with first-class honours in 1925. He taught there for three decades, before becoming a professor of medieval and renaissance literature at Magdalene College, Cambridge, in 1955.

For over thirty years Lewis became the most celebrated Christian apologist of the twentieth century. Until his death on November 22, 1963 (the same day John F. Kennedy and Aldous Huxley died), he was a tremendously prolific and powerful voice for the defence of what he called “mere Christianity”.

Of special note is his loss of faith at an early age, and his recovery of faith in later life. He abandoned his Protestant upbringing in his mid-teens, and became an avid atheist. But an amazing conversion experience when he was in his early thirties forever turned his life around.

In 1929 his conversion to theism occurred, and in 1931 his conversion to Christianity took place. The best read on all this is of course what he wrote in his autobiographical, Surprised by Joy (1955). In it he famously describes how he was “the most dejected and reluctant convert in all England”.

Before this he was “living, like so many Atheists or Antitheists, in a whirl of contradictions. I maintained that God did not exist. I was also very angry with God for not existing. I was equally angry with Him for creating a world.” But fleeting moments of joy which he had known throughout his life, but seemed so unfulfilling, found their true source in God.

So the holy hound of heaven finally got his man, and the entire world is richer for it. Perhaps the best way to summarise his life, conversion, beliefs and wisdom is to simply offer a few quotes (of hundreds) which tell us so much about the man and his faith:

“Amiable agnostics will talk cheerfully about ‘man’s search for God.’ To me, as I then was, they might as well have talked about the mouse’s search for the cat.”

“Fallen man is not simply an imperfect creature who needs improvement: he is a rebel who must lay down his arms.”

“A man can no more diminish God’s glory by refusing to worship Him than a lunatic can put out the sun by scribbling the word, ‘darkness’ on the walls of his cell.”

“My argument against God was that the universe seemed so cruel and unjust. But how had I got this idea of just and unjust? A man does not call a line crooked unless he has some idea of a straight line. What was I comparing this universe with when I called it unjust?”

“I haven’t always been a Christian. I didn’t go to religion to make me happy. I always knew a bottle of Port would do that. If you want a religion to make you feel really comfortable, I certainly don’t recommend Christianity.”

“Christianity, if false, is of no importance, and if true, of infinite importance. The only thing it cannot be is moderately important.”

“God cannot give us a happiness and peace apart from Himself, because it is not there. There is no such thing.”

“It costs God nothing, so far as we know, to create nice things: but to convert rebellious wills cost Him crucifixion.”

“There are only two kinds of people in the end: those who say to God, ‘Thy will be done,’ and those to whom God says, in the end, ‘Thy will be done’. All that are in Hell, choose it. Without that self-choice there could be no Hell. No soul that seriously and constantly desires joy will ever miss it. Those who seek find; to those who knock it is opened.”

“There is no neutral ground in the universe: every square inch, every split second, is claimed by God and counterclaimed by Satan.”

“I believe in Christianity as I believe that the Sun has risen: not only because I see it, but because by it I see everything else.”

His seven part Narnia series was penned between 1950 and 1956, while the volumes in his Space Trilogy were written in 1938, 1943, and 1945. Also, Lewis wrote two autobiographical works, one of which I have already mentioned:
–Surprised by Joy (1955) which tells of his conversion to Christianity.
–A Grief Observed (1961) which describes his reaction to the death of his wife, Joy Davidman.

Of interest, the story of how he coped with her death was made into a film. Actually there was more than one version of the film made. The 1993 Hollywood version Shadowlands, starring Anthony Hopkins, is not as good in demonstrating his Christian faith during this ordeal. The older 1985 BBC film, Through the Shadowlands, starring Josh Ackland, was much better.

Then there is a growing mountain of literature available about Lewis – his life, his apologetics, his faith, his influence, and so on. While there are heaps of books to choose from, several good biographies and books about his life and work include:

If you do not yet know of the wonderful world of C. S. Lewis, you are doing yourself a severe disservice. By all means, grab some of his works and enjoy them tremendously.