How many times have you heard that one? I get it all the time. To simply stand up for your faith nowadays will result in you being called negative, defensive, judgmental, critical, unloving, intolerant – you name it. The spirit of the age – which despises truth, rejects God, and detests morality – is alive and well, but sadly it is also alive and well in many churches.

Of course I have learned over the years that if I really want to never be criticised, attacked or bad-mouthed, there is a very simple remedy: simply do nothing, say nothing, and stand up for nothing. A nice quiet and peaceful life will then result. Of course it will then mean that I have sold out my Lord and my faith.

So let’s get a few things straight here: we live in an exceedingly polarised world. To affirm something – anything – will result in somebody being upset somewhere, sometime. To affirm your support of Geelong will mean raising the ire of a Collingwood supporter.

To affirm your love of a Whopper will mean offending a vegetarian. To stand up for your Christian faith will rub atheists the wrong way. To affirm the heterosexual nature of marriage will tick off all those who think differently. To affirm the deity of Christ will cheese off a devout Muslim. 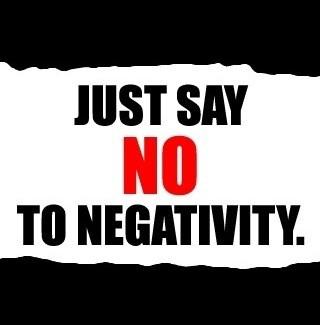 To be a Christian means you agree with God about the human condition. It means you must tell people what God says about them: that they are sinners who need to repent and get right with God through Christ. To be for the holy and righteous God of the universe means you must be opposed to sin.

Indeed, to love God is to hate evil. You cannot do one without the other. You cannot claim to love, serve and obey God without opposing all that he opposes. “He who is not with me is against me” said Jesus. “Cling to that which is good; hate that which is evil” said Paul.

There can be no other way. To be for something means that you will have to be against something else. As Phil Johnson put it, “I actually don’t mind being known for ‘what I’m against,’ insofar as that helps clarify what I am FOR. And I think it does.” Speaking in a somewhat different context, Francis Schaeffer said this about Christian apologetics:

“Defense is proper and necessary because in every age historic Christianity will be under attack. Defense does not mean being on the defensive. One must not be embarrassed about the use of the word defense. The proponents of any position who are alive to their own generation must give a sufficient answer for it when questions are raised about it. Thus, the word defense is not used here in a negative sense, because in any conversation, in any communication which is really dialogue, answers must be given to objections raised. Such answers are necessary in the first place for myself as a Christian if I am going to maintain my intellectual integrity, and if I am to keep united my personal, devotional and intellectual life.”

The early church found itself dealing with all sorts of unbiblical positions. So as it wrestled with these heretical views and teachings (what it was against), it clarified and more fully established Christian orthodoxy (what it was for). The great Christological debates for example resulted in the formulation of the great early Christian creeds, with a clear distinction between orthodoxy and heresy.

Thus to stand up for biblical truth will always mean you are standing against that which is not. That does not make you negative or judgmental or ornery. That just makes you a biblical Christian. And that will always put some people off. That will always result in accusations of being unloving, judgmental, and negative.

No one could be more loving and full of grace than Jesus, yet we read time and time again in the gospel accounts about how Jesus caused division among the crowds, and offended many. He simply spoke truth – in a fully loving manner – and many people could not stand it.

Like the prophets before him, Jesus spoke truth unflinchingly. Truth always hurts – especially if you do not want to receive the truth. All true spokesmen for God will tell people what they need to hear, not what they want to hear. And that will mean telling people the truth about their condition.

That is, the bad news of the gospel has to precede the good news. We have to make it clear to people that they are lost sinners under the wrath of God heading for a lost eternity. That truth must precede any offer of forgiveness, pardon, and redemption.

As A.W. Tozer once put it, “There is plenty of good news in the Bible, but there is never any flattery or back scratching. Seen one way, the Bible is a book of doom. It condemns all men as sinners and declares that the soul that sinneth shall die. Always it pronounces sentence against society before it offers mercy; and if we will not own the validity of the sentence we cannot admit the need for mercy.”

Or as Peter Kreeft put it much more recently in his new book, Summa Philosophica: “Men have more need to know unwelcome truths than welcome truths; that is why the prophets more often mention unwelcome ones.” As sinners we only want to hear good things. We want to hear that we are OK. But what we need to hear is the hard truth that we are not OK, but under God’s wrath – unless we repent.

To modern ears – soaked in bunkum notions of tolerance – that sounds pretty negative all right. Indeed, it is seen as “hate speech” by many. That is just not what people want to hear today. They only want the “positive” stuff; the “uplifting” stuff.

And sadly far too many believers are in that boat as well. They just want to be entertained and amused, never challenged or convicted. They want everything to be sweetness and light. And plenty of church leaders are giving these folks what they want. Thus our pews are full of wimps, and too often, our pulpits are filled with wimps as well.

The last thing I want to do is please men, and risk displeasing God. As Leonard Ravenhill said, “If we displease God, does it matter whom we please? If we please Him, does it matter whom we displease?” Or as he said elsewhere: “Why in God’s name do you expect to be accepted everywhere? How is it the world couldn’t get on with the holiest man that ever lived, and it can get on with you and me?”

I think Spurgeon had it right when he said, “This shall be an infallible test to you concerning anyone’s ministry. If it is man-praising, and man-honouring, it is not of God.” If that means we will be seen as negative and harsh to some people, well, tough beans.