It is an old question, but one that is often raised: Should we not as Christians simply seek to change hearts? Why waste time on changing laws or trying to change cultures? Unless people are Christians, what is the point in working for social change?

I get these questions – and criticisms – all the time. And I have written often about these matters before – see for example these articles:
billmuehlenberg.com/1997/10/10/the-case-for-christian-social-involvement/
billmuehlenberg.com/2006/07/11/why-bother/

But the objections keep on coming, so I need to keep on making the case. Should Christians evangelise and seek to change the human heart from self to God? Absolutely. But that is not the only thing we are called to do. Transforming society is also part of our job description as being salt and light.

And for two thousand years true Christians have done just that: they have reached individuals with the gospel while transforming their culture. Thus they set up hospitals, schools, orphanages, clinics, and so on. They worked to improve the wellbeing of women, children, prisoners, outcasts, and so on.

They also worked in the political and legislative arenas to improve conditions in society. I keep using here as my main witness the life and work of William Wilberforce. He of course remained in parliament after his conversion and worked for the rest of his life on abolition and other social reforms.

He certainly shared his faith with individuals along the way, but he saw his calling as one that involved changing laws and changing society. Yet Christians back then also gave him the same old line: “Wilby, you must change hearts. You can’t change laws or cultures – that will do no good.”

But he would have none of that unhelpful and unbiblical counsel. He knew God can work just as much in the halls of parliament as in the aisles of a church, if his will is being done. So he rejected the advice of his unwise critics. And it is a good thing too: today millions of free blacks owe him a debt of gratitude.

The truth is God has ordained both institutions: church and state, and he expects both to be used for his glory. Of course they perform different tasks. The state deals with crime and the church with sin. But the two often overlap of course.

As R.J. Rushdoony said: “Church and state were both ordained by God to serve and to glorify Him. The purpose of the state is to be God’s ministry of justice, and the duty of the church is to be the ministry of grace, the ministry of the Word and the sacraments.”

Christians should have a role to play in the political and legislative processes. While we are not all called to be parliamentarians or judges, we are all called to be salt and light. That means voting wisely and prayerfully; contacting MPs about important issues; speaking out on the vital political and cultural matters of the day, and so on.

As Archbishop Chaput said, “We believe in the separation of Church and State, but that is not the same thing as a separation between faith and politics. Faith is what we believe, politics is how we act. We are hypocrites if we fail to act in accord with our beliefs.”

So we must engage in the political arena, and not allow our faith to become privatised and irrelevant. We work for the Kingdom in every area and by every means: we evangelise, we lobby, we be salt and light, we work for righteousness, etc.

There is another important reason why Christians should be involved in politics. If we don’t we actually undermine our ability to preach the gospel. The sad truth is this: where religious freedom is greatly restricted or eradicated altogether, gospel proclamation becomes almost impossible.

Sure, it may be done once, but that might be it. Imprisonment or death often happens if believers dare to open their mouths. This is of course true in places like North Korea or most Muslim-majority countries. Religious freedom is a terribly important social good – indeed it is a gift of God.

It is well worth working at and fighting for. To cavalierly just dismiss its importance is to betray a fundamental misunderstanding of our Christian calling. Sure, if persecution comes big time, then we live with it and work in it. But Scripture nowhere tells us to pray for or seek persecution.

We need to celebrate and promote religious liberty while we have it and enjoy, and never take it for granted. There is nothing spiritual about allowing our hard-earned freedoms and liberties to be lost or snatched away from us. 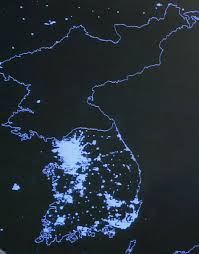 On this issue Frank Turek wrote a very good piece not so long ago, and it is well worth sharing parts of. He begins: “When I hear Christians saying we ought not get involved in politics but just ‘preach the Gospel,’ I show them this satellite picture of the Korean peninsula. Here we see a homogenous population of mostly Koreans separated by a well-fortified border. South Korea is full of freedom, food and productivity – it’s one of the most Christianized countries in the world. North Korea is a concentration camp. They have no freedom, no food, and very little Christianity.

“What’s the primary reason for the stark difference between these two countries? Politics. The South politically allows freedom, while the North does not. Ironically, Christians who shun politics to supposedly advance the Gospel are actually allowing others to stop the Gospel. How so? Because politics and law affects one’s ability to preach the Gospel! If you think otherwise, visit some of the countries I have visited – Iran, Saudi Arabia and China. You cannot legally ‘preach the Gospel’ in those countries – or practice other aspects of your religion freely – because politically they’ve ruled it out as they have in North Korea.

“In fact, politics affects virtually every area of your life through the laws made by government. So if you care about your family, business, church, school, children, money, property, home, security, healthcare, safety, freedom, and your ability to ‘preach the Gospel,’ then you should care about politics.

“Politics affects everything, which is why leaders throughout the Bible – including Joseph, Moses, Daniel, Nehemiah, Mordecai, Esther, John the Baptist, and Paul – ‘went political’ to influence civil governments to govern morally. Even Jesus himself got involved in politics when he publically chastised the Pharisees – the religious and political leaders of Israel—for neglecting ‘the more important matters of the law’.”

He concludes, “When we fail to legislate morally, others impose immorality. For example, totalitarian political correctness is already imposed in states such as Massachusetts where the implications of same-sex marriage override the religious liberties of businesses, charities and even parents. As documented [elsewhere], same sex marriage prevents you from running your business, educating your children, or practicing your religion in accord with your Conscience. And soon, as is the case in Canada, you may not be able to merely speak Biblically about homosexual behavior. That is because those who say they are fighting for ‘tolerance’ are often the most intolerant.

“Unless Christians begin to influence politics and the culture more significantly, we will continue to lose the very freedoms that enable us to live according to our beliefs and spread the Gospel all over the world. That’s why you should not vote for candidates because of their race or religion, but because they will govern morally on the more important matters of the law – life, marriage and religious freedom.

“If you are a pastor who is worried about your tax-exempt status: 1) you have more freedom than you think to speak on political and moral issues from the pulpit; 2) if you do not speak up for truth now, you will soon lose your freedom to speak for anything, including the Gospel; and 3) you are called to be salt and light, not tax-exempt.”

We are in a war folks. And the various battles are all of a piece: whether it is fighting for the right to proclaim the gospel, or the right to life, we must stand for all these things simultaneously. If you think we can’t effect social change until everyone – or at least a sizeable majority – are Christian, you are kidding yourself, and ignorant of the lessons of history – and church history.

Most people – including most Christians – supported slavery in Wilberforce’s day. Yet he did not wait till everyone changed their minds here, or became Christians. He stood up for what was right, even if he was in the minority. And his efforts paid off.

We need to go and do the same with the battles of our day. Not to do so is to abdicate our Christian responsibility and witness.