One of the greatest tragedies of the Christian church in the West today is that we have lost the gospel. Yes, we have lost the gospel. Even those who claim to be Bible-believing evangelicals have often gone astray here. What is proclaimed and heard in our churches is such a feminised, worldly message that the clear biblical gospel is getting woefully garbled if not lost altogether.

In contrast, it is not hard to find the biblical gospel if we simply read our Bibles. Unlike the sugar-coated, sentimental mush we so often hear in the church today, a simple perusal of the New Testament will show us what we are to be boldly proclaiming.

This is not rocket science either. Go ahead – I dare you: just start reading through the Gospels, and Acts, and the epistles, and see what you discover. And to help you out here let me offer a few of these. Let’s start with John the Baptist: “In those days John the Baptist came, preaching in the Desert of Judea and saying, ‘Repent, for the kingdom of heaven is near'” (Matthew 3:1-2).

Jesus offered the same message: “From that time on Jesus began to preach, ‘Repent, for the kingdom of heaven is near’” (Matthew 4:17). The disciples also proclaimed this basic message, as with Peter for example: “Repent, then, and turn to God, so that your sins may be wiped out, that times of refreshing may come from the Lord” (Acts 3:19).

Paul offered a simple gospel message as well, as in Acts 17:30: “In the past God overlooked such ignorance, but now he commands all people everywhere to repent.” Paul and the other New Testament writers of course went on to spell out in much more detail what the gospel message entails.

Although Paul writes entire epistles to expound on the gospel, he also offers us brief summary statements of it as in places like 1 Corinthians 15:1-4: “Now, brothers and sisters, I want to remind you of the gospel I preached to you, which you received and on which you have taken your stand. By this gospel you are saved, if you hold firmly to the word I preached to you. Otherwise, you have believed in vain. For what I received I passed on to you as of first importance: that Christ died for our sins according to the Scriptures, that he was buried, that he was raised on the third day according to the Scriptures.”

It is quite clear from just this handful of texts that the gospel proclamation had everything to do with repentance and turning away from sin, as we put our faith and trust in Christ because of his death and resurrection on our behalf. That is the gospel, and without these basic core components, we simply do not have the biblical gospel. 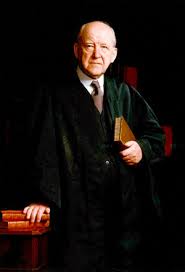 The job of any true minister of the gospel is to do just that: minister, or serve, the people by proclaiming to them the biblical gospel. And that is what faithful pastors and teachers have sought to do for the past 2000 years. As but one example of this, consider Martyn Lloyd-Jones who so very faithfully and diligently proclaimed biblical Christianity over the decades.

He constantly preached on the reality of sin, our fallen and lost condition, and our desperate need of a Saviour to redeem us from the wrath of God which we all deserve. Hundreds of quotes could be appealed to here. Let me offer just one, from his expository sermons on the book of Ephesians.

His series of 260 sermons on Ephesians, preached from 1954 to 1962, is now available in eight volumes, totalling some 3000 pages. In volume 2, God’s Way of Reconciliation, he very early on makes this remark, as part of his commentary on Eph. 2:1:

“If you and I realised that every man who is yet a sinner is absolutely dominated by ‘the prince of the power of the air, the spirit that now worketh in the children of disobedience,’ if we only understood that he is really a child of wrath and dead in trespasses and sins, we would realise that only one power can deal with such an individual, and that is the power of God, the power of the Holy Ghost.

“And so we would put our confidence, not in man-made organisations, but in the power of God, in the prayer that holds on to God and asks for revival and a descent of the Spirit. We would realise that nothing else can do it. We can change men superficially, we can win men to our side and to our party, we can persuade them to join a church, but we can never raise the spiritually dead; God alone can do that. The realization of these truths would of necessity determine and control all our evangelism.”

Lloyd-Jones is always preaching this way, and always unflinchingly proclaiming these basic biblical truths. But contrast this with so many of our megachurch pastors of today. These very basic and fundamental biblical truths are almost never to be found in a book or sermon by people like Osteen, and so many other popular preachers.

The very heart and core of the gospel message is almost entirely missing from the New Age mumbo jumbo and self-centred baloney of these pop pastors. Instead you will constantly hear a message about how good you are, how you can live a better life, how you can have great wealth, and how you can even lose weight for Jesus.

That has to be the number one priority agenda item of every single disciple of Jesus Christ: to make sure that the biblical gospel is proclaimed fully, unadulterated, and unashamedly. Yet far too many of our big cheese pastors know nothing of this message, and instead are fully intent on pleasing people and being popular.

Sure, they will be popular all right, just as the false prophets in the Old Testament were. The masses loved them. But they hated and rejected the real prophets of God. No wonder the biggest church in America today is pastored by a guy who refuses to proclaim the gospel, but instead titillates and amuses people with how they can all be rich, successful and happy.

You will not hear the Bible preached at such churches. Sure, a few verses will be tossed in here and there, but the entire focus is on self, on pleasing the flesh, and on catering to our selfish wants. But who needs the Bible when the message proclaimed is identical to what is found in secular, feel-good motivational speakers, and New Age hucksters?

Albert Mohler was quite right to say: “Scriptural authority and the gift of salvation are inextricable. We cannot have one without the other. We cannot be a gospel people without also being a Bible people.” But our modern-day ear-tickling preachers have abandoned both the Bible and the gospel, in order to build giant churches where everyone is made to feel good about themselves.

So whatever happened to the gospel? The same thing that happened to the Bible. We have ditched both in order to please men and be popular. And for that we will have to one day give an account before our Lord.

13 Replies to “Whatever Happened to the Gospel?”