There is no question that the Christian life is a life of warfare. It is spiritual warfare obviously, but that manifests itself on so many other levels. We do believe there is a monumental spiritual battle going on, and that impacts the way things are played out in politics, in culture, in society, and so on.

I have written about this often enough before. Here is just one such article I have penned along these lines: billmuehlenberg.com/2010/10/05/on-living-in-wartime/

So anyone serious about the Christian life of discipleship and service will know full-well that there is a continuous state of warfare going on. The enemy of God is of course the enemy of God’s people, and he will do everything he can to defeat God’s people, to deter them, to debilitate them, to demoralise them, and to demolish them. 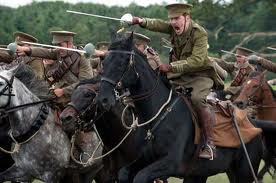 And of course this crops up constantly, not just when we are doing “spiritual” work, such as evangelising, or preaching, or teaching. It comes up all the time whenever we seek to establish and work for the Kingdom. In whatever endeavour, we will find satanic and demonic opposition, attack, and resistance.

Thus if we work in a pro-family capacity, seeking to help couples sustain and/or salvage their marriage, we can expect to find plenty of opposition and hindrances from the enemy. If we are trying to help people get off drugs, we again will find such resistance and antagonism.

If we are trying to stand against social evils such as pornography or abortion, you can count on getting all sorts of flak, opposition and fierce confrontation. And of course most of this resistance will come from other people, or groups, or organisations, or even governments.

But behind all this, again, is the spiritual enemy at work. Ultimately it is Satan and his minions who are working through people to wear us down, to oppose us, to frustrate us, and to stop us from doing our work. And it need not even be on the big picture items.

He is also at work in our daily humdrum affairs, for example, seeking to turn a husband against a wife over trivialities such as burnt toast or whatever. The spiritual battles, in other words, take place in a million ways and a million times. There is constant spiritual opposition, and we must always be on guard, and aware of the enemy and his tactics.

I say all this because in my daily reading I recently came across a very encouraging passage in Deuteronomy 20. It was a very inspiring and uplifting passage indeed. In verses 1-4 we find these words:

In my Bible this section is headed, “Going to War”. Obviously this passage is speaking to a very real warfare of flesh and blood, blood and bone, weapons and armies. That was a specific bit of encouragement for Israel as it prepared itself for battle.

The context of course has to do with Israel completing its forty years of wandering in the wilderness, after their exodus from Egypt, and their soon entry into Canaan. God has promised this land to them – indeed, he promised it centuries ago to Abraham and the patriarchs. But now the promise was about to be fulfilled.

One interesting point about the command to take Canaan is the twofold nature of it. Over and over again Yahweh tells Israel that he is giving Canaan into their hands. Yet time and time again he also tells them they must go and take possession of it. Plenty of passages just in Deuteronomy speak to this. Here are just a few of them:

The twofold nature of acquiring the land is spelled out quite clearly in these and other texts. The Israelites must go and take possession of the land. They have work to do. They must take part in all this. Yet over and over again God assures them that he is the one ultimately behind it all – he has given it to them. He will give it to them.

So the interplay between divine sovereignty and human responsibility is clearly on display here. A very real battle is to be fought, and the Israelites must do the fighting, yet God is also at work, fighting on behalf of his people.

So let me get back to the passage from Deut. 20. Recall what is said there: despite all the fearful and confronting things they see lying ahead of them (the enemy with all its strength, numbers, prowess and power), the Israelites are not to fear. And the priest is to tell them these words: “The Lord your God is the one who goes with you to fight for you against your enemies to give you victory.”

While we are not going out against actual armies today with chariots and spears and the like, we are still going out against all sorts of enemies. And behind all these opponents are real spiritual powers. So we too need exactly the same encouragement and reminder. God is the one who goes with us and fights for us.

Who cares how big or how numerous or how powerful the other side is? God is with us, and he more than offsets what the other side has. Sure, the other side has all the advantages, at least from a human point of view: they often have the numbers, plenty of government funding, full-time lobby groups, a very sympathetic mainstream media, plenty of help and support in high places, and so on.

We cannot match them financially. We simply cannot get access to the media like they can. We cannot play dirty or bend the rules, but must fight clear and honestly. We often do not have access to the halls of power – indeed, often the powerful elites are arrayed against us.

Thus their chariots and horses do look very frightening indeed. In human terms, there is no way we can win against them. But thankfully we have more than physical weapons. We have spiritual weapons at our disposal. Indeed, we have the King of Kings and Lord of Lords ready to do battle on our behalf if we are rightly aligned with him and his purposes.

That is the clear promise of Deut. 20:1-4. It was true not just for ancient Israel of old, but for every single believer today. So go forth, fight, and take possession of the land. We most certainly have real work to do here, but we do not fight alone. God is with us. And if God is with us, who can be against us?