Many of you would have heard about the Australian missionary detained in North Korea, facing the very real possibility that he will die there for his “crime” of leaving Christian literature behind. The story is just another example of what a miserable hellhole of a country North Korea is.

Indeed, just this week the UN finally seems to have woken up to what a horrific place this is. In a 372-page report released this week, the UN said Kim Jong-un should face the International Criminal Court for ordering the systematic torture, starvation and killing of his own people, comparable to Nazi-era atrocities.

As one news report said, “The independent investigators’ report cited crimes including murder, torture, rape, abductions, starvation and executions. ‘The gravity, scale and nature of these violations reveal a state that does not have any parallel in the contemporary world,’ it said.”

While I am glad the UN is finally catching on here, it would be interesting to see what the secular body would say about this case. Persecution of Christians is of course widespread there, and the arrest of the Australian missionary is not the first such incident.

His story goes as follows: “An Australian missionary being detained in North Korea left Christian pamphlets in a Buddhist temple, his travel companion says. John Short, 75, who has been arrested previously in China for evangelising, is now facing a potential prison term in the reclusive state. ‘There’s risk involved,’ his wife Karen said in Hong Kong. ‘He knew that too, but when you know what you must do, you do it.’

“Mr Short, who has lived in Hong Kong for 50 years, arrived in Pyongyang on Saturday and was taken from his hotel the next night. His companion Wang Chong told the ABC Mr Short left pamphlets promoting Christianity at the Buddhist temple during a tour. . . . Last year, American missionary Kenneth Bae was sentenced to 15 years of hard labour after being accused of committing hostile acts in North Korea.” 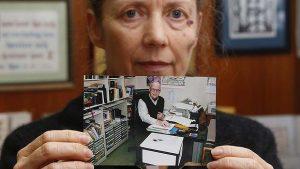 Karen Short said, “I know he’s courageous and he’s in God’s hands”. She also said, “My husband does what he believes is what God wants him to do. Without sounding strange, that’s him, he’s a man of faith. We’re faith missionaries and he believed that we should care and not just talk but do something.”

There are of course not just spiritual considerations which crop up here. There are political considerations as well. And on a political level, Prime Minister Abbott said this, “I do have this message for Australians abroad: you do have to be careful to obey the laws of the country you’re in.”

All this raises questions of what Christians should do, both at home and abroad, in terms of Christian ministry and witness. I already had one person say elsewhere that Mr Short was unnecessarily taking “stupid risks”. There is no question that he was taking risks, but whether they were stupid or not all depends.

If he was doing what he did by what he perceived to be the express direction of the Lord, then it of course was not stupid. While I cannot say whether this was the case or not for sure – and clearly the Short’s believe it was indeed God’s will for them – it must be pointed out that the history of the expansion of the Christian church is one of risks, maybe even “stupid risks”.

Indeed, the early church was full of such actions. Just read the book of Acts, and see all the courageous – or what some might call foolish and foolhearted – deeds being done by Paul, Peter and others. They bravely defied the authorities, the enraged mobs, and hostile environments to proclaim the gospel message.

Indeed, Jesus himself could have been accused of taking “stupid risks”. He deliberately did things and said things which he knew would get him into big trouble. Others might have advised him to calm down, moderate his words and actions, and try to be more conciliatory.

But Jesus was on a mission, a risky mission, and he knew he would have to pay the ultimate price for it. And so it is today. Obviously in places like North Korea one takes one’s life in one’s hands any time an attempt is made to proclaim biblical truth.

This is also quite true in most Muslim nations. And increasingly in a secular West, it is getting very risky to speak biblical truth in the public arena as well. More and more people are being jailed, fined and losing their jobs for doing this very thing.

So without knowing very much about the Shorts, I can say this much with confidence: I applaud their boldness and their zeal to serve Christ, regardless of the costs. And we of course must pray for John and his family. This is not just a political struggle but ultimately a very real spiritual battle.

And we all can learn some lessons here. We all can be greatly challenged by this couple. John Short knew the risks of sharing the gospel in this demonic and darkened nation. Not bad for a 75-year-old. So the question is: what risks are we taking for Christ and the Kingdom? What brave feats are we performing for the sake of the gospel?

Or have we made it our custom never to take risks, never to rock the boat, and never to defy the system and stand for Christ, regardless of the consequences? Sooner than we realise, we all may have to start making courageous decisions as John Short did. Will you be ready for that?

11 Replies to “Christian Mission, North Korea and Counting the Cost”