The Spanish philosopher Santayana said that those who fail to learn from history will end up repeating its mistakes. This has certainly been the case in secular Europe. It seems we have learned nothing from the horrors of the twentieth century, including the horrors of Nazi genocide.

With the Netherlands recently, and Belgium just this past week, legalising the killing of children via euthanasia, it is clear that historical amnesia and moral myopia is a major problem in Europe. And it is even worse if it is not a case of just forgetting, but of deliberately repeating the mistakes of the past.

The recent development in Belgium can be summarised as follows: “Twelve years after legalising euthanasia for adults, Belgium’s parliament yesterday extended the right to die to terminally ill children of any age, despite opposition from the Catholic Church and some pediatricians.

“After months of heated debate, the lower house of representatives adopted the legislation by a large majority, making the largely Catholic country the second after The Netherlands to allow mercy-killing for children, and the first to lift all age restrictions. The ground-breaking legislation was adopted by 86 votes in favour, 44 against and with 12 abstentions. Belgium is one of three countries in Europe to allow euthanasia for adults….

“Unlike The Netherlands, where euthanasia is allowed for children older than 12, the law states that any incurably sick child may request to end their suffering if ‘conscious’ and equipped with ‘a capacity of discernment’. ‘The right to life and death cannot be restricted to adults,’ liberal MP Daniel Bacquelaine said. Addressing controversy over the decision not to set an age restriction for ‘discernment’, he said a child’s ‘legal age isn’t the same as mental age’.” 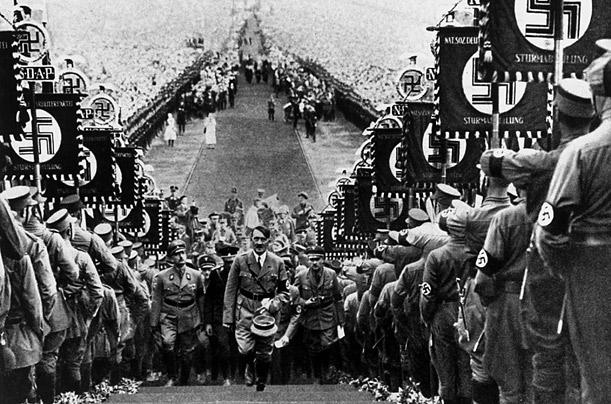 Plenty of commentary has already come forth on this monstrous decision. Here I wish to remind folks of similar developments just some seven and eight decades ago. Euthanasia was of course a big part of the Nazi killing machine. And it had widespread support and implementation by the scientific and medical communities.

Here was a perfect example of medicine without morality, and we are seeing it play out once again. And of real concern was the fact that Hitler and the Nazis so very strongly pushed child euthanasia. Entire volumes have been written documenting these horrific policies and practices.

Let me here simply quote from a few of these many volumes. Henry Friedlander’s important 1995 volume, The Origins of Nazi Medicine: From Euthanasia to the Final Solution contains plenty of information on this. Hitler first began with child euthanasia, then moved on to adult killing.

Children were killed right up to the end of the war, and with many records not surviving, we can only roughly estimate, but it seems at least 5000 children were killed by this program. During the late 1930s the child euthanasia program began.

“At first, it included only infants and small children, none above the age of three. But later older children were also included, and eventually even teens were killed in the children’s wards.” Handicapped children were the first to be killed. A program was established with physicians heading it up to kill children with physical and mental defects.

Killing methods included starvation and the use of medication. To create the facade of moral legitimacy, they used regularly administered medicines found in all medical facilities, but “they became lethal only in increased dosages. The children were therefore killed not as a result of the ingestion of alien poisons but through an overdose of a common medicine.”

While some medical personnel were hesitant, plenty took to their task with great relish: “These physicians were ambitious, anxious to fulfill their quotas, and they complained if not enough children were sent to them. The Reich Committee rewarded good work; a productive killing ward staff received a financial bonus.

“The Reich Committee children were killed because they did not fit into the projected future German society. In addition, however, the physicians were eager to use their deaths to advance science and their own training … the euthanasia killings also served as a laboratory for the ‘advancement of science’.”

Robert Jay Lifton also deals with this in his 1986 book, The Nazi Doctors: Medical Killing and the Psychology of Genocide. He writes, “Hitler had an intense interest in direct medical killing. His first known expression of intention to eliminate the ‘incurably ill’ was made to Dr. Gerhard Wagner at the Nuremberg Party rally of 1935….

“Toward the end of 1938, the Nazi regime was receiving requests from relatives of newborns or very young infants with severe deformities and brain damage for the granting of a mercy killing. These requests had obviously been encouraged, and were channeled directly to the Chancellery – that is, to Hitler’s personal office.”

He continues, “Before being killed, children were generally kept for a few weeks in the institution in order to convey the impression that they were being given some form of medical therapy.” And there were plenty of such “institutions” around:

“Eventually a network of some thirty killing areas within existing institutions was set up throughout Germany and in Austria and Poland. They could thus handle the volume of children designated for killing and at the same time provide the service close to the homes of the families involved – a saving in money and transportation and a means of rendering parents more amenable to accepting the necessary transfers.”

Much more can be said about this institutionalised and state-sanctioned child killing, but it should be clear that no matter how much the doctor killers of today try to distance themselves from what took place there, we can already see plenty of eerie similarities, and see how the slippery slope will only get worse.

One person who knows all about the pressure to go the route of euthanasia is Joni Eareckson Tada. She has just written a piece on the Belgium legislation. It is a very important article, so let me share parts of it here:

“It should be in our nature as adults to protect our young. The UN Convention on the Rights of the Child serves as our global monitor to safeguard children – especially boys and girls who suffer from illnesses or disabilities. Article 5 states, ‘[The child] has a right to special care if handicapped in any way.’

“Is ‘special care’ now three grams of Phenobarbital in the veins if that child despairs of his handicapping condition? I don’t understand how civilized society can defend the right to life of a child with a serious medical condition while abandoning that child at his greatest point of need.

“We have long held that children do not have the cognitive ability to make adult decisions; this is why they are considered minors. We limit a minor’s decision on tobacco, drugs, and alcohol until they are adults; yet somehow Belgium believes that a minor can make a decision about taking his or her own life.

“Giving little ones a choice usually means that they make decisions based on what they think their families want to hear. When it comes to a choice to die, that’s a terrible burden to place on a child. Boys and girls do not take into account the future; they cannot project what life might be like with a permanent disability or a long-term illness. We adults understand how our decisions impact the future, and we understand that we need to teach this skill to our children. It’s distressing that a life-or-death choice is being granted to young ones who haven’t yet learned this critical life skill.”

She concludes: “After I broke my neck in a 1967 diving accident and learned I would be paralyzed for the rest of my life, I was convinced my life was not worth living. Had it been legal, most people would have thought that euthanasia was a rational choice for me, a depressed 17-year-old quadriplegic waning away in a hospital for almost two years. However, time – that prized commodity which is forever lost after you die – taught me how precious life really is, even with hands that don’t work and feet that don’t walk. Now, decades later, millions of people have been encouraged because of our ministry for special-needs families at Joni and Friends International Disability Center. If I had chosen death, none of that could have happened.

“And the ‘slippery slope?’ Once it is determined that the life-value of a person with a serious medical condition is less than that without such conditions, society has taken one more step away from its charge to defend the child and family. Choice then moves to an obligation to die. None of us knows what the future holds and what can be accomplished in our lifetimes, and it grieves me to think of decades of fruitful lives snuffed out because of the fear of pain or disability. I hope it grieves you, too.”

It does grieve me deeply. But tragically it seems we have forgotten the lessons of history. The phrase “never again” seems to now be falling on deaf ears. God help us all.

9 Replies to “Euthanasia, the Nazis, and Child Killing”