I read a very interesting section of the book of Joshua in my daily reading this morning which certainly caught my attention. It comes from Joshua 22. The context is this: the long conquest of Canaan has come to an end, and the allotment on the land is now being worked out.

As agreed upon earlier, two and a half of the twelve tribes (Reuben, Dan, and half-Manasseh) will settle east of the Jordan river, now that the fighting is over. Joshua had just got done speaking to them, blessing them, and reminding them of their covenant obligations to faithfully obey the law of Yahweh, when he learned of an ominous development.

It seems these two and a half tribes actually built an altar over there! As we read in Josh. 22:10: “When they came to Geliloth near the Jordan in the land of Canaan, the Reubenites, the Gadites and the half-tribe of Manasseh built an imposing altar there by the Jordan.”

And what is the response? Verses 11-12 tells us: “And when the Israelites heard that they had built the altar on the border of Canaan at Geliloth near the Jordan on the Israelite side, the whole assembly of Israel gathered at Shiloh to go to war against them.”

Wow, that was a sure and swift reaction. No futzing around here. No half-hearted measures: they prepared for war. This was very serious business indeed. As James Montgomery Boice comments, “This was no light matter. An altar other than the altar at Shiloh, where the tabernacle of the Lord stood, symbolized a break with worship of the true God. It meant apostasy.”

But as we read in the following verses, a delegation from Israel first confronted them, and the two and a half tribes protested their innocence, explained their actions, and were eventually let off the hook. They said they never intended to use the altar for sacrifices, and did it with the best of intentions (to use it as a memorial for the real altar in Shiloh). So major conflict was avoided and peace was again established.

But the whole point of this is that Israel – at least under Joshua’s command – took idolatry very seriously indeed. They were even willing to go to war against their own brothers and sisters. Civil war was preferred to idolatry and apostasy. They could not just sit by and do nothing in the face of this. 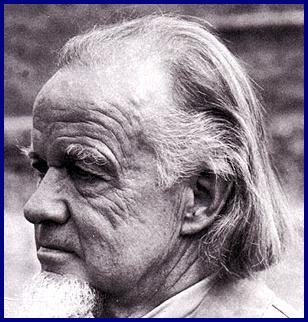 Francis Schaeffer asks us to use our imagination here: just how close must have all these men been after fighting side by side for so many years? Such a strong bond must have existed between them all. “And suddenly the complexion of the situation changed….

“These men had just departed as companions of war. . . . But now they thought the holiness of God was being threatened. So these men, who were sick of war, said, ‘The holiness of God demands no compromise.’ I would to God that the church of this century would learn this lesson. The holiness of the God who exists demands that there be no compromise in the area of truth. Tears? I am sure there were tears, but there had to be battle if there was rebellion against God.”

Now things are a bit different today of course. For one, we are not ancient Israel. And we do not go to physical war against our own when they are engaging in idolatry. But the point is, we obviously should have the same determined, single-minded attitude here: idolatry is always wrong; it will always lead our brothers astray; and it must always be confronted and dealt with.

Yet regrettably we live in such a wishy-washy, namby-pamby age of the church (at least in the West) that I suspect most believers would never dare open their mouths to any idolatry in their midst. They would be far more convinced that saying something against this is wrong (being judgmental and intolerant, etc) than believing in the sin of idolatry.

They would throw up their arms and say, “Who are we to judge?” They would go on about “casting the first stone” and how we must not be so judgmental and close-minded. They would claim that any confrontation with the idolaters would be wrong, and not something Jesus would do.

We have so bought the world’s mindset and values that we are loathe to ever confront anyone about anything. We think that disturbing the peace or rocking the boat is the worst thing we can do. But we are dead wrong here. There are far worse things we can do.

And one of them is to allow sin to go unchecked, to allow idolatry in the camp. Indeed, the book of Joshua and the Pentateuch are full of such things, and demonstrate how seriously God takes them. Recall the sin of Achan as recorded in Joshua 7. Because of this one man’s sin, Israel was not able to defeat Ai, but suffered a humiliating defeat. So serious was this that all Israel put Achan and his family to death.

In fact, the rebellion at Peor (as recorded in Numbers 25) is invoked by Joshua and Israel as they confront the two and a half tribes (vv. 17-18): “Was not the sin of Peor enough for us? Up to this very day we have not cleansed ourselves from that sin, even though a plague fell on the community of the LORD! And are you now turning away from the LORD?”

So they knew full well just how utterly serious such matters were. And things are no different in the New Testament. When Paul walked through idolatrous Athens, for example, he did not engage in interfaith dialogue, he did not try to find common ground with the idols, and he did not seek to say that all religions are true.

Instead we read in Acts 17:16: “While Paul was waiting for them in Athens, he was greatly distressed to see that the city was full of idols.” We too should be greatly distressed, instead of falling for all this unbiblical interfaith mumbo-jumbo, Chrislam, and other unhelpful acts of syncretism and compromise.

And Christians of all people have a very clear biblical responsibility to exhort, warn, and encourage one another, and make sure we are all pressing on in Christ, and not allowing sin and idolatry to thwart our walk. But as I find all too often nowadays, most Christians shrink back from this like the plague. The idea of mutual accountability seems anathema to so many Christians today.

They have so imbibed of the world’s understanding of things, that they actually think it is wrong and un-Christlike to confront a fellow believer, warn a brother or sister, or rebuke another Christian when necessary. Sure, we are to do it prayerfully and carefully, but we must do it nonetheless.

Elsewhere I have spoken about such matters, including the missing art of church discipline. See here for example: billmuehlenberg.com/1998/02/23/in-search-of-church-discipline/

“This is the calling to us who live in the New Testament era too – to practice the holiness and love of God with no compromise to either. If anything, it is an even greater responsibility for us than for those who practiced it so beautifully in Joshua’s time, for we live on this side of the cross, the open tomb, the Ascension, and Pentecost.”

7 Replies to “Confronting – or Cuddling Up To – Idolatry”