Biblically speaking, there are several things that can be said about politics and political involvement. First, God expects us to be engaged in the political scene. He made us as whole persons. Thus we are social beings, emotional beings, intellectual beings, political beings, and so on.

The case for Christian political involvement I have made many times elsewhere, eg: billmuehlenberg.com/2012/09/08/why-christians-should-be-interestedinvolved-in-politics/

Second, as I have often argued before, God created the institution of the state, and there is a necessary role for it in a fallen world. Thus biblical Christians cannot be gung-ho libertarians. But this too I discuss elsewhere: billmuehlenberg.com/2014/02/19/christianity-or-libertarianism/ 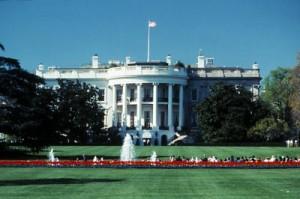 Third, because this is a fallen world, and no perfection can be obtained in any area this side of Christ’s coming, we must be realistic and humble in recognising that we can go only so far with politics. Politics cannot save us. But God wants us to be salt and light in every sphere, including the political arena.

So to be real salt and light, we desperately need Christians not only involved in politics, but actually becoming candidates for office as well. And we thank God for the many good Christians who have served their countries so well as politicians and members of parliament, and so on. One simply has to think about someone like Wilberforce to see how very valuable they are.

But biblical realism, as well as actual experience, sadly shows us that quite often even “Christian” politicians can let us down. Or even if they do not claim to be Christians, but just members of a conservative political party, often these folks can disappoint greatly.

One simply has to look at so many small-l Liberal state and federal leaders over the years. Whether past or present, so many of these Liberal leaders have been a massive disappointment, at least when it comes to some core Christian and conservative values, such as abortion.

True, as I keep pointing out, the Labor and Greens Parties have abortion on demand and homosexual marriage as official policies and platforms, while the Libs and Nats thankfully do not – at least not yet! That is certainly a very significant difference. Yet sadly when the Coalition does get in, so often it seems nothing is done to turn things around in some of these key areas.

Sure, I will recommend people vote for the Coalition over Labor/Greens almost always (however, at times an individual Labor guy may be more pro-life than his opponent), but it continues to be disappointing to see wasted opportunities and failed leadership when the conservatives are in power.

We have yet another example of this in the sorry state of Victorian politics. Admittedly the Libs are in a worrying place with independent Geoff Shaw, and he does hold the balance of power. But Shaw has been quite outspoken on abortion, and the Libs could side with him here.

But this is not the case sadly. Premier Denis Nathine keeps saying he will do nothing about this vital issue. Indeed, he just repeated this recently when he said: “As Premier neither I nor my government has any intention of introducing legislation that would reduce a woman’s right to choose.”

If so, why even have the Libs in? On this issue at least they are no better than Labor! Sure, as I mentioned above, there are real differences to be found, at least theoretically. But when both sides end up doing the same thing on issues like abortion, then it is a real setback and a real disappointment.

One could say similar things on the federal level. While Prime Minister Abbott has held the line on some things, he has disappointed in others. Will this be a case of more wasted opportunities? Sure, getting the economic mess we find ourselves in turned around is vital.

But so too is turning around the moral and cultural mess we find ourselves in. While it is certainly not my desire here to enter into yet another Catholic-Protestant squabble, let me just mention a new article written by a Catholic lawyer, lamenting the Abbott government. Let me offer one small quote:

Some may question why I have been so critical of Tony Abbott, especially when he appears to be a much better alternative to either Kevin Rudd or Julia Gillard. I would answer that appearances are deceptive. Two points need to be highlighted strongly about our new leader. Firstly, Mr Abbott has the potential to be so much more than simply the guy who was not as bad as Kevin. Unfortunately, on many issues he is content to wallow in the same valueless mire as our former PM. Secondly, unless Mr Abbott is going to act as a real Catholic, he will cause greater and more serious scandal than an atheist like Julia Gillard.

Catholics especially may like to read the entire article (see link below). The US of course has experienced the same problem, time and time again. The Republican party is filled with RINOs (Republicans in name only) who have caused nearly as much damage to the party and the nation as have the Democrats.

They keep nominating RINOs to run for POTUS for example, leaving real conservative voters with very little choice. Again, there are exceptions, but sadly conservative politics in the West can often be a big letdown. Expectations are dashed by the hard face of reality too often.

What happened in a very civilised, well-educated and highly cultured nation like Germany in the 1930s is a clear case in point as to why this is so important. We must be involved in politics, even though politics is not perfect, and we will often get far less than we want out of it.

But that raises my final point about politics. At the end of the day, we cannot rely upon and put all our hope in politics, or politicians, or leaders of various stripes. Only God is fully dependable, and only God can be the source of our certain confidence and hope.

Thus as believers we must be biblically realistic about politics. Yes it is God-given, and yes we must engage, without doubt. But we also must realise that there are limits to politics, and no one person can save the day. There is only one Messiah, and he has come once, and will one day come again.

In between these two comings we live in a fallen world – a world that we are asked to make a difference in, to be salt and light in, and to transform, by the grace of God. But all such activity will be limited, finite and less than ideal. How can we expect anything less in a sinful and fallen world?

So by all means, we need all Christians to at least be politicly aware and astute, if not involved in politics to varying degrees. We must do all we can on the political level – as well as on the other levels – but we must also always realise that only so much can be done there.

There will be disappointments, set-backs, let-downs and even worse, back-stabbings and betrayals. But that is not a sufficient reason to give up on politics. As C.S. Lewis once said about literature, and we can rephrase here: “The answer to bad politics is not no politics, but good politics.”

We Christians can have a real impact in the political arena. Indeed, we are called to do so. So let’s make it happen, by the grace of God.

7 Replies to “Christianity and the Limits of Politics”