Those who scream the loudest about tolerance and acceptance are again proving beyond a shadow of a doubt that they refuse to tolerate and accept anyone other than themselves. Indeed, if we did not already have proof positive of how great the hate, and how deep the diabolical savagery of these folks can be, we have certainly witnessed it lately.

A pro-family conference is being “tolerated” by bullies and thugs who are intent on shutting it down. So much for free speech. The regional conference of the World Congress of Families is due to be held this Saturday somewhere in Melbourne. 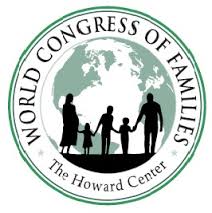 But the jackboots of political correctness and hate are doing all they can to shut down freedom of speech and democracy. Of course the hate brigade has been saying for quite some time how they intended to show tolerance, acceptance and diversity. Consider this for example from the Green/Left site:

Victoria police are vetting registrants and scouting venues to try to provide security for the besieged World Congress of Families in Melbourne on August 30. The final venue for the event remains unclear as they try to avoid clashes with widespread community opposition.
Activists are already causing chaos for conference organisers Babette Francis of the Endeavour Forum (formerly Women Who Want to be Women) and John Brennan of the conservative Catholic men’s group Knights of the Southern Cross.
Notorious bigot-baiter Pauline Pantsdown has encouraged her thousands of followers to register for the extreme-right, anti-feminist and homophobic conference. Pantsdown’s Facebook page is awash with hilarious correspondence between activists and Francis. Francis openly admits that police are vetting all registrants, even to the point of checking the addresses provided.
Lesbian, gay, bisexual, transgender and intersex activists, feminists, First Nations people, unionists, pro-refugee and anti-racist activists, and atheist and religious people against bigotry are organising a disruptive “Unwelcome Ceremony”, Equal Love demonstration and family-friendly “Block Party against Hate” wherever the congress tries to meet. Police have told organisers that the venue is unlikely to be either of the two advertised by the congress.

The Coalition to Beat Back the Far-Right put out this Media Release well before the conference:

Activists are pleased to announce an entire day of subversive activity against the upcoming gathering of rightwingers and bigots, the World Congress of Families, to be held in Melbourne on August 30th. Beginning at 8am with a “welcome they deserve,” the day will feature a protest hosted by Equal Love at 11am and a Block Party against Hate in the afternoon.

And they even admit that they will seek to trash this peaceful conference and take away freedoms of ordinary Australians:

If that is not clear enough, consider this threat: “Naomi Farmer, National Queer Officer for the National Union of Students and Demonstrator Organiser, told MCV they were expecting over 100 people to protest the event. ‘They key thing we want to do is actually stop the event from happening, so we do intend on blockading the gates in the morning,’ she said.”

And Debbie Brennan, the head of the socialist feminist organisation Radical Women, said “We will exercise our free speech right to make it as hard as we can for people to get into the congress. Certainly, we will be out there in force and having loud things to say.”

And they talk all the time about “hate”. The whole world can see where all the hate is coming from. And it is not coming from those who celebrate love, life, marriage and family. It is coming from the rent-a-crowd of the radical secular left who always roll up to shut down and shout down any event not to their liking.

World Congress of Families leader Larry Jacobs had to weigh into the debate, offering some truth about the whole affair:

World Congress of Families Managing Director Larry Jacobs praised those leaders who signed an International Pro-Family Leadership Open Letter to the People of Australia in support of the August 30th “Life, Family and Freedom Conference” in Melbourne.
“We are thankful and humbled by the support of the 80 leaders from Romania, Italy, the Czech Republic, Spain, Venezuela, the Philippines, Canada, France, South Africa, the Republic of Georgia, the United Kingdom, Mexico, Russia, Poland, Colombia, Jamaica, Trinidad, the Netherlands, Chile, Serbia, and the United States for standing with us against attacks on the Melbourne Conference and the international pro-family movement,” Jacobs declared.
The petition notes that sexual radicals and extremists have launched a smear campaign alleging that to promote positive ideas regarding the natural family somehow “shames” others, including single-parent families, the divorced and homosexual couples.
“That’s absurd,” Jacobs countered, “As a child raised in a loving home by divorced, single parents, I would never advocate for policies that would promote hate or shame mothers and fathers. The real truth is that our natural family solutions to the social crisis help all parents and children by reducing poverty, improving education, maximizing mental and physical health, and saving lives. A wealth of social science data demonstrates conclusively and unequivocally that children do best in married families with a mother and a father in the home. To state that simple truth does not demonstrate a lack of compassions for those in different circumstances. Just as saying that marriage is a social good doesn’t ‘stigmatize’ or ‘shame’ the unmarried.”
The Petition/Open Letter notes: “The natural-family philosophy was set forth in the Universal Declaration of Human Rights, adopted by the United Nations in 1948, which observes that ‘men and women of full age… have the right to marry and found a family’ and that the family is ‘the natural and fundamental group unit of society’ and, as such, is ‘entitled to protection by society and the state.’ This language is repeated in the constitutions of more than 100 nations around the world.”
Moreover: “For the past 3,000 years, in every culture, this definition of the family (a man and woman united by faith and tradition, raising their children in a loving environment) has been considered beyond dispute. Only in the past few decades have competing ‘models’ of the family been offered as the new norm. The natural family is also affirmed by every major religion.”
Jacobs said: “Attacks on proponents of the natural family and marriage are part of a cynical campaign by sexual radicals to avoid an honest discussion by labeling those who disagree with them ‘hateful.'”
Jacobs concluded: “If you want to see ‘hate’ in action, look at efforts to deconstruct human dignity, re-define marriage, and marginalize the natural family which, if successful, will result in untold human suffering especially for children.”

Former US Presidential hopeful Mike Huckabee is also a signatory to this open letter, and was also featured in a newspaper article here:

“Sexual radicals have launched a smear campaign to discredit the Melbourne conference, which misrepresents the international pro-family movement and the positions of the World Congress of Families,” says the open letter, which has been signed by 80 people. The letter says criticism of the group’s support for a traditional family is unfair because “social science data shows clearly and unequivocally that children do best in families with a mother and father”.
The letter cites the Universal Declaration of Human Rights, which says “men and women of full age … have the right to marry and found a family”. The group writes: “The goal of sexual radicals is to deconstruct marriage and marginalise the family, and thus to transform society into something unrecognisable to generations past. Like all social experiments that attempt to create a ‘new man’, these are doomed to failure.”

All this commotion – pro and con – has been taking place long before the actual day of the conference. If the conference does in fact go ahead – no thanks to these fascists who are seeking to shut it down and stifle free speech, all in the name of tolerance of course – then I will be there, and I will certainly write up what takes place. So stay tuned for episode two.

37 Replies to “WCF Versus the Haters, Bigots and Tolerance Brigade”