Are Christians meant to be markedly different from the surrounding culture? Of course. If you simply read the New Testament you will find this theme hammered home numerous times. Yet tragically millions of Christians today in the West are living lives which are indistinguishable from that of their non-Christian counterparts.

In almost every way, far too many Christians today are living lives identical to what the unregenerate are. Observing both groups in action, one would be very hard pressed to tell which one was the Christian and which one was not. That is the great tragedy of contemporary Western Christianity. 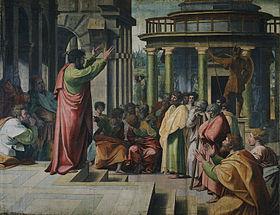 We seem to be doing everything our pagan neighbours are doing. No wonder we are having such minimal impact on the world around us. How can we when we are so much like the world? The old question about discipleship certainly applies here: “If you were arrested for being a Christian, would there be enough evidence to convict you?”

The sad truth is, many believers today arrested for this would have the case thrown out of court for lack of evidence. And we certainly see this big time in the area of sexuality. Not only are far too many Christians living just like their non-Christian neighbours, but increasingly they are promoting the secular and anti-biblical agenda on sexuality.

Thus we have fully deceived and apostate Christians and Christian leaders completely promoting the homosexual agenda. No wonder the worldlings are not exactly pouring into our churches when all we do is mimic the world’s pagan practices and sordid sexuality.

All this stands in such marked contrast to the early church. There we find the polar opposite: it is exactly because the early Christians stood out so very differently from the surrounding culture, that they were easily recognisable, and also very attractive to many non-Christians.

They stood out like a sore thumb, and instead of driving the pagans away, many were attracted to this radically different lifestyle. That is especially the case in the realm of all things sexual. A recent article on this is well worth highlighting.

American New Testament professor Michael Kruger has become a leading authority on the early church in general, and the New Testament canon in particular. I strongly recommend you get his two recent books on this: Canon Revisited (Crossway, 2012) and The Question of Canon (IVP, 2013).

He has an important new article out which deals with the early church and sexuality, entitled “One of the Main Ways that the Earliest Christians Distinguished Themselves from the Surrounding Culture”. He begins this way:

In the first century, while Christianity was still in its infancy, the Greco-Roman world paid little attention. For the most part, the early Christian movement was seen as something still underneath the Jewish umbrella.
But in the second century, as Christianity emerged with a distinctive religious identity, the surrounding pagan culture began to take notice. And it didn’t like what it saw. Christians were seen as strange and superstitious–a peculiar religious movement that undermined the norms of a decent society. Christians were, well, different.
So, what was so different about Christians compared to the surrounding Greco-Roman culture? One distinctive trait was that Christians would not pay homage to the other “gods”. This was a constant irritant to those governing officials who preferred to see the pagan temples filled with loyal worshipers (temples which earned a good deal of money from the tributes they collected).
But, there was a second trait that separated Christians from the pagan culture: their sexual ethic. While it was not unusual for Roman citizens to have multiple sexual partners, homosexual encounters, and engagement with temple prostitutes, Christians stood out precisely because of their refusal to engage in these practices.
For instance, Tertullian goes to great lengths to defend the legitimacy of Christianity by pointing out how Christians are generous and share their resources with all those in need. But, then he says, “One in mind and soul, we do not hesitate to share our earthly goods with one another. All things are common among us but our wives” (Apol. 39). Why does he say this? Because, in the Greco-Roman world, it was not unusual for people to share their spouses with each other.

He cites others on this topic from that period, and then concludes:

This sampling of texts from the second century demonstrates that one of the main ways that Christians stood out from their surrounding culture was their distinctive sexual behavior. Of course, this doesn’t mean Christians were perfect in this regard. No doubt, many Christians committed sexual sins. But, Christianity as a whole was still committed to striving towards the sexual ethic laid out in Scripture – and the world took notice.
Needless to say, this has tremendous implications for Christians in the modern day. We are reminded again that what we are experiencing in the present is not new – Christians battled an over-sexed culture as early as the first and second century!
But, it is also a reminder why Christians must not go along with the ever-changing sexual norms of our world. To do so would not only be a violation of the clear teachings of Scripture, but it would rob us of one of our greatest witnessing opportunities. In as much as marriage reflects Christ’s love for the church, Christians’ commitment to marriage is a means of proclaiming that love.
In the end, Christianity triumphed in its early Greco-Roman context not because it was the same as the surrounding pagan culture, but because it was different.

It is exactly because we are slavishly conforming to the world instead of challenging the world, especially in the vital area of sexuality, that the church today in the West is not triumphing. We are instead going backwards. Far too many duped church leaders think we need to be trendy, get with the times, and abandon biblical truths if we are to have an impact in the surrounding culture.

The very opposite of course has been happening. The more we try to be like the world the more we betray our Lord, spit on Scripture, and diminish our witness. Abandoning biblical distinctives to be relevant and cool is a formula for disaster.

Or as Brett McCracken said in Hipster Christianity: “I think that true Christianity can’t help but be perceived as countercultural and daringly subversive. When we live like aliens and exiles, in and not of the world, resonating with truth and beauty but feeling the dissonance of sin, we are not going to fit comfortably into the prevailing patterns of the world. We are going to be oddballs, outsiders, humble prophets speaking truth to a world that isn’t sure what it needs. We will alienate people, and some of them will run for the hills.”

8 Replies to “Christianity, Sexuality, and the Surrounding Culture”