Throughout the West stealth jihad and creeping sharia show absolutely no signs of abating. A slow but steady Islamic takeover of the West is occurring right under our noses, yet too many folks seem oblivious to all this. By the time they wake up it may well be too late.

Examples of this are far too easy to come by. Let me offer just three more recent cases. The first two come from Britain. Check out this headline: “Muslims Do Not Want To Be Touched By UK’s Sniffer Dogs As They Are ‘Spiritually Unclean'”. The story opens:

Muslims consider dogs to be “spiritually ‘unclean.” They want no dogs as part of airport security, even if it tends to limit the jobs of the guards, according to a British Transport Department report. Apart from Muslims not wanting dogs to touch passengers’ luggage, the report also claims that Muslims object to full body scans, especially women’s. They look at such scans as just an “alternative to strip search,” according to qpolitical. The controversy over sniffer dogs has been raging for quite a while in Britain.

The second headline is just as shocking: “Couple thrown off bus and ‘branded racists’ for singing Peppa Pig theme to baby”. This story begins:

A Rotherham couple were asked to get off a bus and called racists for singing the Peppa Pig theme tune to their 15-month-old autistic daughter, it has been claimed. Nick Barnfield and Sarah Cleaves claim they were travelling on a bus from Sheffield when a fellow passenger, who was reportedly wearing a hijab, took offence to the snorting sounds in the theme music, saying they were a reference to pork being forbidden by Islam. The couple claim that when they complained to the bus driver on September 8, they were told that it would be ‘easier’ if they got off and walked the remaining two miles to their home.

Yes you read that right. Creeping sharia is alive and well in England. But it is also alive and well here in Australia. Consider this frightening headline: “Child protection hotline reports 12 cases of suspected child brides in just three months”. Here is how this report opens:

Twelve suspected cases of underage marriage in NSW, including a 14-year-old destined for an arranged wedding in Lebanon, have been reported to a child protection hotline since July. The NSW government has revealed the hotline’s services to help child bride victims have boomed since it was expanded three months ago. “Every girl deserves a childhood, and every woman deserves the right to choose who and when she marries,” Minister for Women Pru Goward said. The announcement follows federal police intervention on Friday into the arranged marriage of a 14-year-old. Authorities at Sydney airport intercepted the teenage girl and an older male relative, believed to be her grandfather. The girl is now reportedly with her family and under strict supervision from government workers.

For every case like this I report, there would be dozens more that could be mentioned. We are undergoing a title wave of creeping sharia in the West, yet far too many leaders are either clueless about all this, or worse yet, quite happy with it.

So what is to be done?

Many things can be done and are already being done to turn the tide. Consider the issue of the burqa for example, which is being hotly debated right now in Australia. Many nations have already banned various versions of the head covering, be it the niqab (which has just a small slit opening for the eyes) or the burqa (which has a mesh covering the eyes). 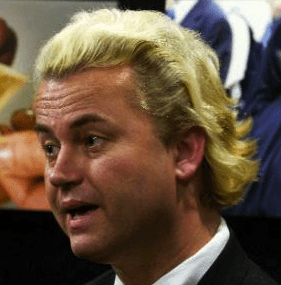 Because this covers the whole body as well, for security reasons, for identification reasons, and for working to ease the oppression of Islamic women, a number of nations have banned in part or in full these coverings. They include: Syria, Spain, the Netherlands, France, Turkey, Tunisia, Germany, Russia, Italy and Belgium. That is a sensible first step.

Another necessary step is to get real about Islam. We must “stop denying the obvious: Islam is a problem” as Dutch politician Geert Wilders warns. He says this:

To defeat IS we should do more than just bomb its strongholds in the Middle East; we should no longer turn a blind eye to the violent nature of Islam. We should demand that those who settle in our countries cast aside values incompatible with ours. There is a huge problem — also in our countries – cause by the violent exhortations of Islam. Only when we face this truth will we be able to win this war we are in. Although the majority of Muslims are moderate, thousands of innocent civilians all over the West have fallen victim to terrorists inspired by Islam. IS has announced that every citizen of the West is a target. 70% of Dutch Muslims consider the religious rules of Islam more important than the secular laws of the country where they are living.

Every day, I can feel the cold shadow of Islam. Next November, it will be exactly ten years that I have been living under permanent police protection. Wherever I go, armed policemen go with me to protect me against Islamic groups who have vowed to assassinate me because they disagree with my opinion that Islam is not a religion of peace. Today, ten years later, IS has announced that every citizen of the West is a target.
To defeat IS we should do more than just bomb its strongholds in the Middle East; we should no longer turn a blind eye to the violent nature of Islam. We should demand that those who settle in our countries cast aside values incompatible with ours.
Last week, I proposed in the Dutch Parliament that we ask an oath of all people from Islamic countries who wish to be members of our society. In the oath they have to explicitly distance themselves from Sharia law and the violent verses in the Koran. Those who do not want to take the oath are no longer welcome. They should leave our country at once. This measure forces us to see the reality which Obama, Cameron and other Western leaders refuse to see: there is a huge problem – also in our countries – caused by the violent exhortations of Islam.
Only when we face this truth, we will be able to win the war we are in.

That certainly sounds fair and sensible to me. If a person is not willing to renounce violent, anti-Western beliefs and values, then they should not be allowed in the West. That only makes sense. I wish we had more level-headed politicians and leaders like Wilders.

And if we don’t get some real soon, we can say goodbye to the West.

16 Replies to “On Dealing With Creeping Sharia”