Back in my hippy days, as part of my wild youth, us rebels liked to say how much we hated conformity. We thought the square, middle class values of our parents smothered individuality and creativity and led to a deadening conformity. We wanted none of that.

But the odd thing is, as we rejected the conformity of the previous generation, we simply developed a conformity of our own. We were in fact all rather alike – we conformed to each other. Thus we all tended to have the long hair, the bell-bottom jeans, listened to the same music, smoked the same dope, and so on.

We simply rejected one type of conformity for another. Nothing very countercultural about that. Although we claimed to be standing against an oppressive and homogenous culture, we simply set up one of our own. But it took a genuine countercultural movement to really make a difference and really smash conformity.

I refer of course to the Jesus Revolution which arose just after the 60s cultural revolution occurred. That is the movement that saw millions of radicals, hippies, drug addicts and rebels swept into the Kingdom of God – myself included. But I tell that story elsewhere: https://billmuehlenberg.com/2012/06/27/coming-home-my-testimony-part-1/

The problem is of course that far too many Christians end up being conformists as well. Instead of running with the radical demands of Jesus, they succumb like everyone else to the culture around them, and settle into a life of mediocrity, compromise and carnality. 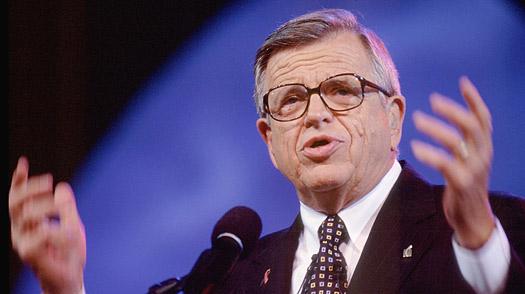 But the true disciple of Jesus Christ is the one who dares to be different. Conformity and compromise is never an option for the real Christian. Given how easy it is for all of us to lapse, we need to keep reminding ourselves of the revolutionary nature of Christian discipleship.

One mighty Christian leader who regularly reminded us of such truths was Chuck Colson. Back in 1982 he gave several talks at Christian colleges on these themes, and they were put into book form in 1986. The little booklet, called Dare To Be Different, Dare To Be Christian is still worth getting hold of.

You can read it through in 10 or 15 minutes, but it still packs a punch. Indeed, simply the short introduction is well worth focusing on. I present it here in full:

We live in a time that would seem to be marked by unprecedented spiritual resurgence: 96 percent of all Americans say they believe in God; 80 percent profess to be Christians.
Yet families are splitting apart in record numbers. Countless millions of unborn children have been murdered since 1973. And there are 100 times more burglaries in so-called “Christian” America than in so-called pagan Japan.
Why this paradox between profession and practice? Why is the faith of more than 50 million Americans who claim to be born again not making more of an impact on the moral values of our land?
The answer is what Dietrich Bonhoeffer, the German pastor martyred by the Nazis, labeled cheap grace: the perception that Christianity offers only a flood of blessings, the rights of the kingdom without responsibilities to the King. This easy believism fails to take biblical truth to heart and fails to act in obedience to the Scriptures. The result is a church which increasingly accommodates secular values. Not knowingly, of course, but simply by gradual acceptance of secular standards which have become comfortable.
We needn’t fear a sinister conspiracy to impose atheism on our society. Though such forces may be at work, they will fail precisely because they are overt.
No, the real peril today comes from the subtle ways in which the mind of our culture is being gradually won over to secular values – in the media, in classrooms, and tragically, even in our church pews. This threat is all the more insidious because it is unseen. It is the cancer of compromise.
God is calling His people today to challenge secular values, measuring them in the light of biblical revelation. Will we cave in to a culture which in principle and practice denies Christ’s lordship, or will we heed His call and stand for Him?”
Doing so will put us in sharp conflict with much of what the world exalts, but that must be our witness. Two centuries ago, John Wesley wrote, “Making an open stand against all ungodliness and unrighteousness, which overspreads our land as a flood, is one of the noblest ways of confessing Christ in the face of His enemies.”
I can think of no more timely challenge for the Christian church today.

And let me also quote a few closing paragraphs of this booklet:

I guarantee you will have many opportunities, small and large, to take your stand. If not, you need to question your own commitment. Conformity is the high priest of American culture, and has infiltrated the holy nation. So it is not easy, but I beseech you, dare to be different. Dare to live as a citizen of the holy nation….
My friends, take your posts. You have been called out by the most high and holy God to serve him in the building of His holy nation. You are called not to be successful or to meet any of the other counterfeit standards of this world, but to be faithful and to be expended in the cause of serving the risen and returning Christ.

Absolutely. It is time we do indeed dare to differ, for Christ and his Kingdom. Let me finish with a few quotes from others who remind us that we are pilgrims, strangers and aliens in this world, and are meant to be different:

“Opposition! It is a bad sign for the Christianity of this day that it provokes so little opposition. If there were no other evidence of it being wrong, I should know from that. When the Church and the world can jog along together comfortably, you may be sure there is something wrong. The world has not altered. Its spirit is exactly the same as it ever was, and if Christians were equally faithful and devoted to the Lord, and separated from the world, living so that their lives were a reproof to all ungodliness, the world would hate them as much as it ever did. It is the Church that has altered, not the world.” Catherine Booth

“The tragedy of the twentieth century especially has been that the Church in her folly has been trying to accommodate herself to the world, thinking that by doing so she could attract it. But the world expects the Christian to be different, and it is right – this is the New Testament emphasis. It is nothing but a departure from New Testament doctrine that ever tries to make the Church ingratiate herself to the world; the Church is meant to be, and is, essentially different.” Martyn Lloyd-Jones

“I think that true Christianity can’t help but be perceived as countercultural and daringly subversive. When we live like aliens and exiles, in and not of the world, resonating with truth and beauty but feeling the dissonance of sin, we are not going to fit comfortably into the prevailing patterns of the world. We are going to be oddballs, outsiders, humble prophets speaking truth to a world that isn’t sure what it needs. We will alienate people, and some of them will run for the hills.” Brett McCracken

9 Replies to “Stand Against Conformity”