As with most things Islamic, there is woeful ignorance and misunderstanding in the general public as to what is actually going on. Many folks simply parrot what they are told from Islamic activists. For example, many think Islam means peace.

Well, no it does not. The word Islam mean submission, and that is what Islam is all about: every single person on planet earth submitting to Allah – or else. Not only does the word mean submission, but for 1400 years now we have had Islamic expansion resulting in the forced submission of non-Muslims.

The whole issue about halal foods is another great example of how most people are either fooled or clueless as to what is really going on. Halal foods are of course those foods which are acceptable to a Muslim, while haram foods are unacceptable. 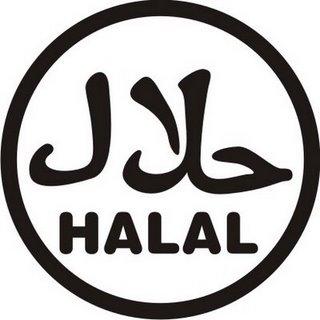 And there is an entire process by which such foods are clearly identified as either halal or haram. But it does not end there. Big money is involved in the certification process, and where all this money ends up is the million dollar question.

Yet most folks just don’t get it. On another site a presumably educated and well-read person actually just said this about halal certification: “No money goes to Muslims. It is a certification, just like the heart foundation tick.” With such mind-numbing ignorance (or blatant disinformation), no wonder freedom and democracy are on the wane in the West while Islam is on the rise.

So it is vital that the public is fully informed about this tax – for that is what it is. And it is incumbent upon all of us to be aware of where all this money is going to. The best place to begin is the website Halal Choices. This is the go-to place for any and all information on halal, at least in Australia.

A recent article by Paul Sheehan nicely summarises things, drawing heavily upon the work of Halal Choices. He writes:

The essence of halal is that any food is forbidden to Muslims if it includes blood, pork, alcohol, the flesh of carnivores or carrion, or comes from an animal which has not been slaughtered in the correct manner, which includes having its throat slit. Food labelled as halal invariably involves the payment of a fee. It does not extend to chocolate but Cadbury lists 71 products which are halal, ranging from Dairy Milk to Freddo frogs to Red Tulip chocolates. The website also states: ”We do not have any kosher-certified products.”
”Cadbury also pay for halal certification on the Easter product range, even though Easter is a Christian celebration and nothing to do with Islam,” says Kirralie Smith, who runs a website called Halal Choices. The website lists 340 companies in Australia that pay for halal certification, including Coles, Woolworths, Aldi, Franklins, Kellogg’s, MasterFoods, Nestle and even Kraft’s Vegemite.

Incredibly all sort of foods and products you would think have nothing to do with halal certification are being dragged in anyway, showing what a money-making racket this is. He continues:

Halal mainly involves meat. Much of the non-meat food supply is intrinsically halal, and thus does not require certification, including milk, honey, fish, vegetables, fruits, legumes, nuts and grains. Yet many producers and suppliers of such products pay for halal certification….
White milk does not need to be certified. They don’t mark their labels and now they have removed the certificates from their website because of negative feedback. ”Purina Fancy Feast cat food is now on the list of halal-certified foods. Are cats becoming Muslim? Or is a lot of this just a money-making scheme?”

Just how widespread this all is now is nicely laid out in a new article by Larry Pickering. He begins his article this way:

Toasted cheese with a dollop of Vegemite was my favourite late night snack, but I leave off the Vegemite now that it’s owned by the American company Mondelez International and sports a little “Halal Certified” notice. No worries, my Aussie owned and made Bega cheese still bubbled under the griller while the jug boiled for a strong cup of tea.
That was until I noticed this funny little Arabic hieroglyph on the back of my Bega cheese packet too. Bloody hell, first my Vegemite and now my Bega cheese! No worries, I’m happy with plain toast. I wasn’t game to go through the whole fridge or I’d have starved. Trying to find Aussie tucker on the shelves is hard enough but trying to find tucker that is not Islamically sanctioned is near impossible, and it’s meant to be.
An insidious and illegal protection racket called “Halal Certification” has worked its way through our food chains without us knowing a thing about it. Australian manufacturers and importers of food and drink are actually paying Islamic halal certifiers up to $30,000 per month for the honour of displaying this little Arabic sign.

And just who is getting all this money?

Well, the “Indonesian Council of Ulama”, MUI, (which also orders Fatwa rulings) is the Mafia style Islamic body organising the multi-million dollar racket that forces Australian companies to pay outrageous amounts to have their food certified as halal. One major Aussie meat processor, who refused to be identified, claimed he had been told to pay $27,000 a month for halal certification, which of course was expected to be passed on to the consumer.
Mr Stephen Kelly, an executive of the Japanese-owned Nippon Meat Packers in Queensland, said last year that MUI had banned his abattoirs from selling meat into Indonesia because he had dealt with MUI’s opposition for certification. MUI’s opposition is the Australian certifier, “Halal Food Services” (AHFS), who had undercut MUI’s price for certification and the Indonesian company apparently calls the tune when it comes to blackmailing Australian food companies.
From what I can discover there are halal certifiers in all countries with South East Asia being regulated from Indonesia and the governing body’s world headquarters are encamped in Saudi Arabia. There are State branch halal authorities operating in Australia. Islamic websites claim all money (estimated in the billions) goes to building Islamic schools but where it actually goes after leaving Australia I shudder to guess.

And that is the frightening aspect to all this. We already know that some money collected has gone to Islamic jihadist groups. Enza Ferreri explains:

[This is] taking place in the USA and Canada where Campbell’s Soup and other companies have paid the Hamas-linked Islamic Society of North America (ISNA) for their halal certification, in France, where it is claimed that 60% of halal food is controlled by organizations belonging to the Muslim Brotherhood and the so-called “halal tax” is the organization’s main source of funding. In the UK, major supermarket chain Morrisons is not only indirectly but even directly giving money to the Islamic National Zakat Foundation.

The Christian aid group Barnabas Fund puts it this way:

There is an open campaign by Islamic food agencies to integrate halal into the mainstream market and to extend it to non-Muslims. The World Halal Forum held its annual conference in London earlier this month (November), and has identified the UK as a pilot project for halal in Europe… The spread of halal is often part of the commitment to Islamic mission (dawa) and the Islamisation of non-Muslim societies. The imposition of sharia practices on non-Muslims may be interpreted as an act of Islamic supremacy.”

Clearly there is little or no accountability at all as to where all these millions of dollars are going to. For that reason alone, Australia and other countries should say no to this sharia tax. It is indirectly if not directly undermining free western democracies, while funding, even in part, groups fully opposed to the West.

If you want to take action on this – and you should – my final link below features a site with a petition campaign about this.