But let me address one other major shortcoming in so much of today’s church: the lack of a biblical worldview. We have so very many Christians who have no biblical worldview whatsoever. And by worldview I simply mean a view of the world, and every aspect of it, fully informed by and seen through the lens of biblical Christianity. 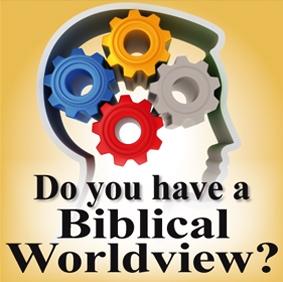 This however is almost entirely missing in today’s church. We have Christians who slavishly just follow and regurgitate whatever the world says about any given issue, be it political, social, cultural and so on. If the world thinks evolution is where it is at, these Christians lamely nod their heads in agreement.

If the world says the planet is doomed because of global warming, they uncritically go along with that. If the world says we need to legalise drugs, or have “safe” abortion, or have marriage “equality”, far too many clueless and brainless Christians simply hop on those bandwagons.

Where is the Christian mind? Why have we lost the ability to think, to critically reflect, and to biblically discern? Where is our biblical worldview? Why are so many Christians thinking just like the world does on most issues? Why is there no resistance to the world’s mould?

Let me offer just another example of all this. On another site I have been going back and forth with those claiming to be Christians but they talk and think just like secular humanists. It had to do with withstanding Victorian Labor since they have said they will introduce draconian anti-Christian legislation if elected.

The number of clueless wonders who have been defending Labor and this policy is mind-boggling. At least one of these guys had enough honesty to fess up that he was actually running as a Labor Party candidate. Many others have not been so forthcoming.

Of course we expect Labor folks to defend Labor policies, even such ugly anti-Christian policies, but we certainly don’t expect people claiming to be Christians to do so. One of these guys kept going on and on about how Christians should not be forcing their morality on others. Give me a break. I responded in part:

Baloney. No one is forcing anyone to do anything. Christians are called to be salt and light, and proclaim biblical principles in society. Righteousness exalts a nation. By your reasoning Wilberforce had no right to stand up for slaves in public. And of course this post is about anti-Christian bigotry, with the State having the power to take away rights of Christians to decide who they employ, etc. No wonder we are under such a threat with confused thinking like this.

This guy came back foolishly claiming that slavery was not a religious issue, and that we have no right to force religious issues on non-Christians. He kept going on and on about how we cannot use politics to push Christian values. I replied:

Of course slavery is a Christian issue – supremely. The way we treat human beings is the height of biblical morality. Wilberforce knew this was a crucial biblical issue, and he fought for it in politics, exactly as we should fight for the humanity of the unborn or God’s institutions of marriage and family in the social and political realms. Not to do so is a dereliction of our Christian responsibility.

And try reading Romans 13 for starters. Your secular libertarianism has nothing to do with biblical Christianity. And as I say, who is forcing anyone to do anything? I still await that answer. Christians of course have every right to express their views in public, and to see biblical values argued for in the public arena even though you may not like it. Why do some people here keep sounding like the atheist trolls that I so often have to argue with elsewhere?

This guy kept coming back with the same old nonsense that this is a secular society and Christians have no right to push their beliefs on others, or seek for Christian morality in society. I answered:

Sorry bud, but when I hear Christians arguing just like secular humanists then it bothers me greatly and I must reply. And you still refuse to answer the question: who is forcing morality on anyone? The atheists keep foolishly pushing that red herring, but I don’t expect those who claim to be followers of Christ to do so.

The case for the sanctity of life and marriage of course can be fully argued for on a secular basis, as I have done in various books – just like slavery was argued against. To be honest I am quite shocked by this idea that we are to just sit back and shut up and allow great public evil to take place. That is just what happened with too many Christians in Nazi Germany. Every Christian has an obligation to represent Christ in the public arena, to withstand that which is evil, to promote that which is good, and to let the Lordship of Christ extend to every area of life.

I do not buy for a moment your claims – and that of the humanists – that Christianity is only to be a privatised faith, with no public impact. Sorry, I will join with Wilberforce, Shaftesbury, Martin Luther King, to name a few, or the likes of Daniel or Joseph and other biblical examples of letting my faith have an impact for good on all of life, and not just be a privatised faith with no social ramifications. As I said, this post is on how Christians are being targeted by secularist political parties. Instead of standing up for the rights of Christians to have a voice in all areas of life, you come here siding with the secularists, making their case for them. I am not impressed to be honest. Sorry, but these issues are far too important to allow such fuzzy and unbiblical thinking to go unchallenged.

We came back with more church mouse silliness, about how we should not impose our beliefs and we must be mild and gentle and not offend anyone. I said:

Forget all this evangellyfish nonsense. By your unbiblical reasoning, Jesus was quite wrong to form a whip and overturn tables. Of course we are not to be wimpy mice as you suggest – we are to stand with Holy Ghost boldness to proclaim Christ and promote righteousness in all areas of life. This has nothing to do with forcing anyone. It has to do with sharing our values in the public arena.

Sadly there have always been those with the head in the sand, claiming it is fear-mongering to point out Christian persecution. Plenty of Christians in the 1930s said exactly what you have been saying. Indeed, Hitler made your case perfectly when he told some German pastors that they should focus on spiritual matters, and let him deal with political ones. You are offering the same counsel of despair, and allowing those who have declared war on Christianity a free ride.

Then he came back with this lulu: “My primary concern is that Christianity is putting itself at odds with the wider community.” To which I wrote:

For heaven’s sakes, spare me. Christianity has always put itself at odds with the wider community. Tell me a time when it hasn’t. Whether it was Jesus rocking the boat, or the disciples, or Wesley or Wilberforce or Booth or MLK, real biblical Christianity of necessity has always rocked the boat. But here we have more evangellyfish worried about how the pagan culture might react when we stand up for righteousness and godly principles. Mate, the only one we should be worried about offending here is God, not a hostile culture which will always hate us as Jesus promised. And if these clueless Christians would get their heads out of the sand, they would see that we now live in an anti-Christian culture in the West. I document hundreds of cases of this persecution in my newest book. But I realise living in denial and out of sync with reality is how many Christians prefer to live – just as too many Christians did in Germany in the 1930s. We will have blood on our hands for such gross abdication of our responsibilities.

As I say, I am always greatly suspicious when I find folks who say they are Christians spouting off all the same criticisms and objections which atheists and secular humanists do. Sometimes we can only account for this by realising that plenty of deceptive trolls are out there.

That will explain some of this cluelessness. But sadly for many, these folks have simply never bothered to be transformed by the renewing of their minds, as Paul commanded (Romans 12:2). They still think like pagans and they still talk like pagans. As a result, they effectively still live like pagans as well.

Charles Colson was so very right to say 15 years ago in How Now Shall We Live?: “The church’s singular failure in recent decades has been the failure to see Christianity as a life system, or worldview, that governs every area of existence.”

13 Replies to “Missing: A Biblical Worldview”