Christians of all people should be realists. We should not be overly optimistic, nor should we be overly pessimistic – we should just be realistic. We should seek to look at the world as it really is – indeed, as God sees it. That of course is not always easy to do, but we must try to do this anyway.

There are millions of people who do not see the world accurately. And they get into all sorts of trouble as a result. It is incumbent upon all of us to see things as accurately and realistically as possible. We all know the importance of this when it comes to actual physical vision.

Not long ago I was told by an eye doctor that my eyes were so bad that I should not even be driving. I was actually driving illegally back then, although I did not know it. Mind you, I should have known it, because I once left a meeting I spoke at, only to find three lanes of traffic heading my way! I could not even tell the right side of the road. (My eyes have since been fixed thanks!) 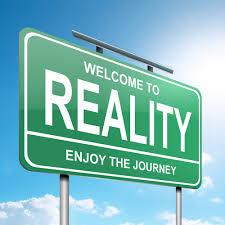 Bad eyesight can get us into all sorts of trouble. It is the same with our mental perception of reality. If we get things wrong, or if we view the world myopically or in a distorted fashion, we can get into a real mess. The first step in making a difference in life, in doing some good in the world, is to see it correctly and in focus.

Some people have a hard time doing this. Some can be so forever negative and pessimistic that everything they see is grossly distorted. But overly optimistic people can be just as problematic. I once had a student who even told me he was an eternal optimist, and that he always sought to see the best in everything and everyone.

That was certainly the case as I discovered. As I sought to teach on some of the culture war issues, he kept challenging me and disbelieving me. He had a real hard time grasping that there actually might be political ideologues out there that have announced their intent to kill us.

He really could not get his head around the fact that there are in fact evil groups pushing evil agendas, and that they have vowed to destroy the West, especially everything that has to do with the Judeo-Christian worldview. He was clueless to the many enemies of the faith.

He had such rose-coloured glasses on, and so much believed that everyone was basically pretty decent, that he often challenged me as I tried to demonstrate that we really are in a war, and there really are diabolical groups out there who are doing all they can to wipe us out. He was clearly not looking at the world realistically, but instead had his feet planted in the clouds.

When there are very real enemies out there who have declared their intentions about us, we had better get our feet back on to earth and real quick. That is not the time to try to see a silver lining in every cloud. That is the time to wake up and prepare for battle.

One fellow who has long had his feet firmly planted on the ground while so many have theirs up in the clouds is William Kilpatrick. While way too many other Catholics are absolutely clueless as to the very real threat of Islam, he has been very sober and realistic and accurate as to the threat political Islam poses to the free West. See here for example: https://billmuehlenberg.com/2013/02/26/a-review-of-christianity-islam-and-atheism-by-william-kilpatrick/

He has a new article out entitled “Assuming the Worst”. And sometimes that is exactly what we must do if we would view the world accurately and without blinders on. He begins this way:

Sometimes it pays to assume the worst. Jews who assumed the worst about the Nazis in the early days of Hitler’s rule fled Germany to safe havens and survived. Most of those who assumed that the situation couldn’t get any worse stayed put and did not survive.
The disposition to assume the worst goes against the grain for Americans. Except for a small minority of conspiracy theorists, Americans tend to be of the optimistic sort. It would be difficult to convince most of them that bad times lie ahead. That may be because nothing really bad – bad in the sense of large-scale devastation and loss of life – has happened on these shores since the Civil War. The next most trying time for Americans after that conflict was the Great Depression. But very few living Americans have a clear memory of that period. For that matter, few Americans have any sense of history and, thus, no measuring stick against which to compare the present. We could be slipping into the next Dark Ages and many would be none the wiser.
Speaking of the Dark Ages, you may have noticed that they seem to be staging a comeback. Sex slavery, crucifixions, beheadings, and other seventh-century Arab customs now vie for headline space with computer hacking and space probes. The recent resurgence of Islam version 1.0 is just one of many reasons why it might not be wise to assume that better times are right around the corner.
Any event or series of events can be looked at from either a glass half-full or a glass half-empty perspective, but there are a number of trends about which we may be justified in assuming the worst.

He goes on to look at a number of these troubling trends that those with a Pollyannaish outlook are just not seeing, or are not properly concerned about. He especially focuses on Obama and his disastrous policies of appeasement if not downright treason when it comes to America’s enemies. He continues with these words:

It’s not just paranoid right-wingers in America who worry about the intentions of the Obamites. So do many of our allies – including allies in the Middle East. Obama’s terror-friendly policies have convinced them that they can no longer rely on the U.S. For example, in August 2014, Egypt and the United Arab Emirates teamed up to launch airstrikes against Islamist forces in Libya without, as would normally be the case, informing the U.S. or asking for its consent. Apparently, they were worried that Washington, still in the grip of Arab Spring fever, would give the Libyans advance notice. So Obama trusts Libyans to study nuclear science in the U.S., but the Egyptians don’t trust Obama to keep secrets from Libyan Islamists.
The Saudis are also having second thoughts about their fickle ally. Along with Egypt and the UAE, they have been working to undo the effects of Obama’s Arab Spring policy. One of their initiatives is to convince the Emir of Qatar to discontinue his support for the Muslim Brotherhood and to shut the Qatari-based Al-Jazeera TV network, which, critics say, is a mouthpiece for the Muslim Brotherhood. Egypt has already shut down its own Al-Jazeera channel.
Whereas Obama has done everything in his power to promote the Muslim Brotherhood, both Egypt and Saudi Arabia have designated the Brotherhood as a terrorist organization. The UAE list of terrorist organizations also includes the Council on American-Islamic Relations and the Muslim American Society – two Muslim Brotherhood affiliates which have long worked closely with the White House and the Justice Department. Meanwhile, Egypt and the Gulf States are also deeply concerned about the administration’s continued outreach to Iran and its seeming unwillingness to thwart Iran’s nuclear agenda.
The Saudis and the Egyptians seem to be assuming the worst about the current administration. Maybe the rest of us should do the same.

He concludes with some words to his fellow Catholics (which all of us need to hear):

According to various polling data, a majority of Catholics voted for Obama in the last two presidential elections. All that talk about social justice, hope, and change was difficult to resist. On the other hand, Catholics who gave Obama the benefit of the doubt over issues that are often considered (mistakenly) as specifically “Catholic” – birth control, abortion, same-sex marriage, religious liberty – have been proven to be more than a tad naïve.
Catholics have, so to speak, been fooled once. According to the old adage, the blame for being fooled once can be assigned to others – in this case, dishonest politicians and manipulative media. But Catholics who persist in believing that Obama and his left-wing machine have the country’s best interests at heart when it comes to racial matters, health care, immigration, and foreign policy will have no one to blame but themselves when the next bill comes due.
Sometimes, assuming the worst is the best policy.

Quite so. As I pointed out to my overly optimistic student, trying to see the best in everything, even to the point of denying reality, is hardly a Christian virtue. Followers of Christ, of all people, should be the most level-headed, realistic, and sober people around.

There is nothing at all Christlike about hiding our heads in the sand, trying to always think “happy” thoughts, or pretending that everything is simply peachy when in fact it is not. This is a recipe for disaster, and is hardly praiseworthy.

It is time that some Christians wake up, and wake up fast. Waking up to the real world around us would be a good place to begin. Otherwise these folks are simply part of the problem, and not part of the solution.

10 Replies to “Needed: A Healthy Dose of Reality”