The case against legalised euthanasia needs to be spelled out in detail. This is especially urgent since there seems to be so much moral and intellectual fuzziness concerning this debate. At the moment I am working on a book on this topic in which I offer ten major reasons why no civilized society should move in the direction of legalised euthanasia.

There I will spell out in great detail why the pro-death lobby must be resisted fiercely. But as in all these complex social and moral debates, it is imperative that we get clarity on just what it is we are discussing. Care must be taken in the way we define our terms. 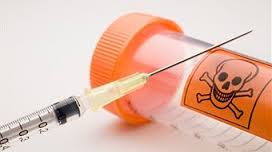 This is obviously vital because so much misleading language is being used in this debate, and so many euphemisms are being tossed around. Indeed, emotive imagery and deceptive language are clouding what this issue is really all about. So let me offer some thoughts on just what this debate is about, and what it is not about.

Concerning euphemisms, J. Daryl Charles says this: “Euthanasia today depends on euphemisms. Orwellianisms such as ‘exit preference’, ‘death with dignity’, and a ‘right to die’ are absolutely critical to its cultural legitimation. Empowered by sentiment, euthanasia rhetoric is dependent on images and symbols.”

For the purposes of this article, euthanasia is simply about one thing. It is not about halting futile treatment. Nor is it about the alleviation of suffering (this is known as palliative care). Euthanasia is an act that directly and intentionally causes a person’s death.

As bioethicist Mark Blocher explains, “Euthanasia is an act that involves an intention to produce death. . . . An essential component of euthanasia is the intention behind either an action or a refusal to act to knowingly bring about a person’s death.”

Norman Geisler and Frank Turek put it this way: “We will use the term ‘euthanasia’ to mean an act that intentionally and directly causes a patient’s death.” Thus there is a “crucial difference between taking a life intentionally and allowing a death naturally. The first is homicide, and the second is a natural death”.

The important point is this: there is a huge difference between letting nature take its course and actively hastening or inducing a patient’s death. That is, there is a very important distinction we must make between letting die and killing. Because this is such a critical issue, and one which is so often confused (often deliberately by the pro-euthanasia camp), it is worth spending a bit of time on this, quoting a number of authorities.

Ethicist Daniel Callahan offers this distinction between allowing to die and intentional killing:

A lethal injection will kill both a healthy person and a sick person. A physician’s omitted treatment will have no effect on a healthy person. . . . It will only, in contrast, bring the life of a sick person to an end because of an underlying fatal disease. . . . the doctor who, at the patient’s request, omits or terminates unwanted treatment does not kill at all. Her underlying disease, not his action, is the physical cause of the death.

euthanasia has little to do with refusing futile or extreme treatment. The man who rejects a heart transplant or declines a third bout of chemotherapy is not committing suicide, but rather is accepting the inevitability of his own death. The doctor who withholds or withdraws undue treatment at the request of a terminally ill patient is not killing his patient but rather is refusing to prolong his patient’s life at any cost. Properly understood, euthanasia involves an intentional act to end a person’s life. Opponents of euthanasia do not advocate the unnecessary and unwelcome prolonging of human life by artificial means. Rather, they oppose active measures to bring human life to a premature end.

Indeed, it needs to be repeated that the refusal of treatment is not to be confused with euthanasia. Both the cause of death and intent of death are quite different. As ethicist Margaret Somerville explains, “In refusals of treatment that result in death, the person dies from their underlying disease – a natural death. The withdrawal of treatment is the occasion on which death occurs, but not its cause. If the person had no fatal illness, they would not die. In contrast in euthanasia, the cause of death is the lethal injection. Without that, the person would not die at that time from that cause.”

Monique David puts it this way:

Currently, there is much confusion; many accept euthanasia because they do not want their lives to be maintained artificially nor to become victims of excessive treatment. However, these practices can be legitimately refused by the patient or their family through the ethical perspective of the right to die within the limits of natural death. Euthanasia and assisted suicide advocates claim something else: the right to terminate life at the moment and in the way that the individual chooses – or that someone chooses for them. Therefore, we should not use these terms to refer to the right to die (because this right is intrinsic), but rather to the right to be killed. This desire, expressed as a personal right, demands the intervention of a third party and a legal system that authorizes it. In other words, euthanasia and assisted suicide imply that doctors become agents of death and that society legally recognizes a criminal act to be lawful; or even more pernicious, a medical act.

And as ethicist Leon Kass reminds us, the ambiguity of the term “right to die” blurs the

difference in content and intention between the already well-established common-law right to refuse surgery or other unwanted medical treatments and hospitalization, and the newly alleged “right to die.” The former permits the refusal of therapy, even a respirator, even if it means accepting an increased risk of death. The latter permits the refusal of therapy, such as renal dialysis or the feeding tube, so that death will occur. The former would seem to be more about choosing how to live while dying, the latter mainly about a choice for death.

George Pitcher also makes some important distinctions: “Doctors regularly discontinue futile treatment. But they don’t do it in order to end a patient’s life. They are simply recognizing that death cannot be prevented by treatment. We need to understand that end-of-life decisions, which are made every day by doctors, aren’t the same as life-ending decisions.”

Since this is so important in this discussion, let me add one more comment on this vital distinction between killing and letting die. Ethicist David VanDrunen puts it this way:

Actively bringing about a person’s death – by drowning, lethal injection, or whatever – is quite simply not the same as deciding not to intervene when something else is bringing death upon a person. One of the most important reasons why this is the case is that death is a force that exists independent of human agency. Despite the pretensions of modern medical technology, human beings did not invent death nor can they eliminate it.

One further issue in terminology needs to be addressed. This has to do with pain relief and the hastening of death. It should be pointed out here that some forms of pain relief may have the unintended consequence of hastening death. When a suffering patient receives an injection of morphine to relieve pain, this may contribute to the speeding up of death.

But when analgesics are administered, normally the intention is to relieve pain, not hasten death. In ethics this is known as the principle of double effect. The intent was to do good (relieve pain) while an unintended side effect may occur (the hastening of death). Intention, again, is an important part of this whole debate.

Margaret Somerville points out the differences between euthanasia and pain-relief treatment: “In both cases there is an effort to relieve suffering. The difference is that the primary aim of euthanasia is to do so by inflicting death, whereas the primary aim of pain-relief treatment is simply to relieve pain – not to shorten life or cause death (although either might be a secondary effect).”

Euthanasia, then, is about one thing only: the killing of another person. The intent is to kill someone. It does not matter whether this is done with a gun or a lethal injection – the effect is the same.