Wow, talk about an ethical hot potato, which raises so many contentious issues on so many levels. I refer to the red hot issue of vaccinations, and the new government proposals concerning them. If the issue was complex and the subject of plenty of heated debates previously, it is even more so now.

I have up till now not gotten involved with the vax debate, and that for several reasons. One, the pro and con camps both can generate far more heat than light here, and plenty of folks on both sides are ready to brand you as the Antichrist if you dare to differ from their pet position.

So as one who actually enjoys living a quiet and peaceful life, the last thing I need is to embroil myself in yet another mega-contentious issue and get even more people hating on me, abusing me, and sending me death threats. I get plenty of that now thanks and I really don’t need any more. 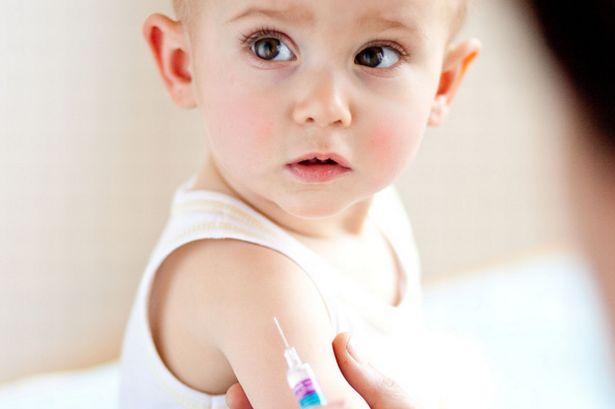 The second reason is this: I of course am neither a doctor nor a scientist. I would think a modicum of expertise in these fields would be of help as we weigh up the merits and demerits, the pros and cons, of vaccinations. Sure, I could stop everything I am doing and take out a month or two and try to become mildly well-informed on these matters, but I already have far too much on my plate.

So up until a few days ago I was happy to let this one go through to the keeper, even though I have often been getting folks from both sides of the debate asking me for my opinion on all this. But as you know, the Federal Government just came out with a new policy proposal which alters the debate to a very real extent, and adds many other important issues into the mix.

I refer of course to the “no jab, no pay” scheme. Here is how one news report put it a few days ago:

Parents who do not vaccinate their children will lose welfare payments of up to $2100 per child under a federal government policy set to be announced before the May budget. Under changes that could save more than $50 million a year, Social Services Minister Scott Morrison is preparing to scrap a “conscientious objection” provision which allows anti-vaccination parents to still claim welfare benefits including childcare assistance and Family Tax Benefit A. Fairfax Media understands the Family Tax Benefit A is worth up to $2100 per child.
Parents of about 39,000 children have signed “conscientious objection” forms that certify they have a “personal, philosophical, religious or medical” objection to immunisation. This form, which requires a consultation with a doctor or immunisation nurse, is necessary for the parents to receive Family Tax Benefit A. But access is means tested so not every one of those parents would be receiving the payment.

Morrison went on to speak of possible groups being allowed exemptions. An article today offers this:

It is the question that Scott Morrison has repeatedly refused to answer. Which is the religious organisation that qualifies children for an exemption from vaccination? The Social Services Minister has said there was only one registered organisation that could be exempted for religious grounds, but would not say who.
“I’m not about to advertise it for fear of it having a lot of new followers on a fairly unfair basis,” he said at the weekend, after announcing other loopholes would be tightened to stop parents claiming childcare and family benefits if they refused to vaccinate their children. An online guide produced by Mr Morrison’s own department clearly states that the exempt organisation is Church of Christ, Scientist – more generally known as the Christian Scientists.

As I say, I know next to nothing about who is right – or who is more right: the pro-vaxxers or the anti vaxxers. But now we have new issues which we have to consider: the role of the state, concerns about the nanny state, the rise of possible Big Brother statism, the place of coercion (even if just the withholding of benefits) from those who do not conform to government standards, the role of the welfare state, and so on.

Many issues arise here, making all this a much more complex, multi-layered and less straight-forward matter. Here I just want to look at the broader implications of this announced policy. I will not discuss the pros and cons of vaccinations. I will let the various experts do that elsewhere.

As I say, plenty of key issues arise here. Governments have a role to play in looking after the wellbeing of their citizens. But questions always arise as to how much, how far, and to what extent. Anarchists want no government intrusion into our lives, libertarians want little or minimal amounts of intrusion, while hard core lefties and liberals almost look to the state as the messiah, necessary to solve all our problems.

I am a conservative (but not a hard-core libertarian), so I always tend to favour limited government, small government, and non-intrusive government, as much as is possible. But because I am a biblical Christian I also most certainly believe that God ordained the institution of civil government, and there clearly is a place for it.

Plenty of discussion and debate arises, even just amongst Christians, as to how far the state should intervene in various areas. That governments do some things for our own good is obvious. Many of these we don’t mind. We have stop signs, traffic rules, red lights and so on, all for our own good.

We rightly think that we should treat one another with respect and care, and that means we allow some government intervention into our freedoms for the sake of personal safety and the like. How far all this should go is always the stuff of debate. As another example, governments are making it harder and harder for tobacco users to do their thing freely and cheaply.

Governments believe the health risks of tobacco use outweigh various restrictions on individual liberties. But life is always about trade-offs, and this is certainly true of politics. Most political goods are matters of trade-offs, and cost and benefit analysis. Often some freedoms are sacrificed for greater social goods.

So it is the same here. Governments think they can at least negatively coerce people to do what it wants in terms of vaccinations. The issue itself has to be debated on its own merits (are vaccines for the most part helpful and safe, or for the most part unhelpful and unsafe, or somewhere in between, etc).

Let us say for the sake of argument only, that vaccines are just fine, and therefore this is a perfectly wonderful and well needed plan by the government. But some red flags should be flying here nonetheless. If the government decides today to take these coercive steps – for our own best interests of course, as it would say – then what about other steps it might consider to be necessary?

What if the government decides tomorrow that it will withhold benefits from others it regards to be recalcitrants? What if it decides that the best interests of the state are served by strictly curtailing possible trouble makers in other areas? For example, there are plenty of people who think that Bible-believing Christians are a threat to the progressive state.

What if the government decides to cut back benefits to other groups it sees as a threat, or as hindering their plans for the ideal state? If it withholds what might be vital payments and benefits to people today on the basis of how they feel about vaccinations, what might be proposed tomorrow?

As I say, there are plenty of folks who have exceedingly strong opinions – and emotions – on the issue of vaccinations. If you love them and think they are absolutely vital, then you may well welcome these proposals. If you hate them and think they are evil, then you will likely find this move to be utterly appalling, and just more indications of a government out of control.

Of course there are other options. Some folks may well fully support vaccinations, yet are very concerned about the heavy hand of the law being used here. I just came upon one example of this, so let me briefly cite Trisha Jha from the libertarian-leaning Centre for Independent Studies. Although she is “a strong supporter of vaccination,” she says the “Anti-vaxxer crackdown [is] a hammer in want of a nail”. She writes in part:

Perhaps threatening to cut off the childcare subsidies of this geographical area will spur these parents into vaccinating their children. Or, as is more likely, these parents will opt-out of the subsidised childcare system altogether and simply hire nannies for little additional out-of-pocket cost. Regardless, it does little to tackle the problem at its source: some people think they are making the right decision to not vaccinate their children.
Since the data suggests many of these objectors are clustered in the same geographic area, a broad-brush approach that punishes those who live in remote areas, or those who have religious objections but don’t believe in a religion that has no organising body (such as Hinduism), won’t do anything to increase vaccination rates or to increase population health.
Moreover, this new plan could provide further rhetorical cover for the idea that government benefits are contingent on maintaining a ‘healthy’ set of behaviours. With ‘Healthy’ Welfare card trials — an extension of income management — being rolled out across Australian communities, it’s worth wondering what kind of precedent this will set.
This may well be overlooked as some unlikely bedfellows are busy giving each other high-fives for a largely hollow policy victory, but a potentially significant political one.

All I really wanted to do here was raise the very important issues of statism, the nanny State, and government coercion. Some of you might think that all three might be necessary here. Maybe so. But then again, maybe this is just another worrying step of Big Brother that we will all soon greatly regret. Time will tell I guess.

But at least we need to carefully think through all these matters now, while we still have the freedom to do so.

43 Replies to “Vaccinations, the Public Good, and Big Brother”