In much of life, and certainly in the Christian life, we need to be inspired, challenged and given a vision of something better, grander and more worthwhile. This is obviously true in the sporting world where the phrase “raise the bar” comes into play. 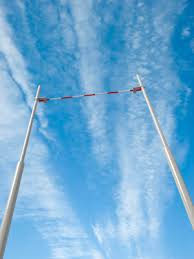 Whether it is the pole vaulter or the high jumper, the bar is raised so that an even greater sporting accomplishment can be attempted. And all great athletes crave this: they don’t want to settle for second best, or that which is easily obtainable.

They press on for the best, and in this case, the highest. They are not interested in the ordinary, but want to be the very best in their sport, and raise the bar even higher. They want to lead the way and set the standard. Life is meant to be like that, especially the Christian life.

Indeed, with Jesus Christ as our ultimate standard, and his command that we be perfect as our Father in heaven is perfect (Matthew 5:48), every single Christian has the bar set as high as it can go. But sadly most Christians don’t even consider this standard, and don’t care about raising their own bar.

These folks need to raise the bar. There are various ways we can do this, but one way which helped me very early on in my Christian life was to read biographies, autobiographies and stories of great men and women of God. As a new Christian I regularly went to the church library or to Christian bookstores, and read heaps of these sort of books.

And guess what? They sure set the bar high. I was spoiled for the ordinary after reading about a Hudson Taylor or a C. T. Studd or an Adoniram Judson or a William Carey. Stories of more recent men of God such as Jim Elliot, the martyred missionary, or his widow, Elizabeth Elliot, also were part of my diet back then.

And what about those Christians who endured horrific suffering at the hands of the godless communists such as Haralan Popov (Tortured for His Faith) or Richard Wurmbrand (Tortured for Christ)? Or the remarkable exploits of Brother Andrew (God’s Smuggler)? Their soul-stirring stories also inspired me greatly.

As I say, they spoiled me for life, and left me forever greatly discontented with the ordinary, the nominal, the so-so. I have always had a passion to move on and grow in Christ because of reading these amazing stories and learning about these incredible men and women of God.

And that was not just 40-plus years ago. I still read these books and they still challenge me greatly. Let me just mention two biographies I have read lately. A terrific volume which I have just gone through is the new biography of George Whitefield by Thomas Kidd (Yale University Press, 2014).

It is once again so very inspiring and challenging to read about a great man of God like this, and just how much he was doing for the Kingdom at such an early age. While still in his early 20s he was perhaps the most well-known religious figure in England.

Along with the Wesleys he helped give rise to the Methodists and the Great Awakening which we still read about, even in secular history books. His spiritual discipline, his dedicated life, his spiritual habits are all so encouraging and edifying to read about.

And we learn, as with so many other great saints, not just about the passion and consecration of these folks, but all the opposition and criticism they endured. At most of his outdoor meetings for example he had crowds of troublemakers and ruffians – often instigated by local church leaders – seeking to disrupt his preaching and make life miserable for him.

We also learn of the many illnesses and hardships he had to endure as a good soldier of Jesus Christ. When you read about the incredible things people like Whitefield had to go through in their determination to be a witness for Christ, it certainly makes what we go through look very lame indeed. As I say, reading these books really does raise the bar.

Another biography I recently read and was greatly moved by was that of David Wilkerson by his son Gary (Zondervan, 2014). Of course I like so many others was familiar with the mighty man of God and his amazing ministry, and had long ago read The Cross and the Switchblade.

And of course a good biography will not be a hagiography. Both these new volumes certainly paint their subjects as they really were – warts and all. Whitefield was certainly not perfect, and neither was Wilkerson. Indeed, we can tend to have perhaps too high and lofty a view of some of these men.

So when we read a good biography we discover that they were actual human beings as well, who had to put their pants on one leg at a time just like the rest of us. So we learn a whole lot about Wilkerson in this biography. We read of his determination and dedication for God, of his weaknesses, his trials, his mistakes, and his successes.

A number of things really stood out as I read about him. Let me mention several. When we think of this turbo-charged Holy Ghost-filled preacher, we would not think of him as someone who had spiritual doubts, struggles and even depression.

Yet he did have all this, and his son does not gloss over these matters. One of the most amazing things we discover in this book is that at times Wilkerson actually even doubted that God really loved him. In fact, this was a recurring worry of his. For such a fiery and effective preacher to actually think this way would surprise most of us. As Gary writes:

Wow, incredible. Now if that does not give tremendous comfort and hope to millions of believers who also struggle with this, I don’t know what will. If we mere mortals have these issues, it is quite reassuring to know that even these heavy-duty Christians can also go through such things.

Another thing I really quite liked when I read the book was this: even in his old age, he could still have dry patches, but he did not stay there. He worked to change things. And one way he really got out of these wilderness times was by means of the great Puritan writers.

As a lover of all things associated with the Puritans, I was pleasantly surprised to learn of this. Indeed, we may not associate most gung-ho Pentecostal preachers with the Puritans at all. This is how Gary tells the story, and it is worth quoting at length:

Characteristic of my father, a few decades ago he set himself on a journey to correct things within himself. At that time, in the eighties, he was still busy traveling the world as an evangelist. Yet his own soul was dry; he had become weary of preaching the same messages to crusade audiences. Between those events, he began reading a stack of books given to him by a discerning friend, author and preacher Leonard Ravenhill. These were classic works that had endured the centuries, most of them written by Puritans, names many of us have never heard of. As my father dug into those treasures, his heart opened to a new revelation of Christ. Grace awakened him, coming alive in a way he had never known. The old books stirred him once again to study the Scriptures cover to cover, this time with a new understanding of the gospel. As he explored the full extent of the finished work of Christ, he experienced joy.
Toward the end of his life, my father confided to me that he still struggled to know whether he was loved. He couldn’t escape completely the emotional cobwebs, but he was seeing more and more clearly the work that Jesus had done for him. In my last conversation with him, he told me of how deeply he had probed, how he had scoured every page of every writing he could find on the glorious subject of God’s covenant grace. And yet I could see in his eyes there was a yearning for more. There were things he still wanted to know about the depth and breadth of Christ’s finished work. That’s when he urged me to dig deeper in my own search on the subject, not to be satisfied but to go farther. It was as if he were saying “I got a late start. I want you to have it better. I want my grandchildren to have it better. Don’t ignore the truth. If you catch it now, it can save you years. Son – do you see?”
A few weeks after my father’s funeral, my brother-in-law sent me the last book that Dad had left open on his study table. It was a classic work by Thomas Brooks. Almost every page was underlined and highlighted with comments filling every open margin. There was my father, nearly 80 years old – after 65 years of serving in ministry – still yearning, still reveling in the gospel of Christ, its glories never ceasing to unfold new beauties of assurance.
In this way, my father was like Paul. With every achievement, his estimation of himself had grown smaller.

I hope this quote alone will encourage you to run out and grab a copy of this book. And the Whitefield biography, and anything else you can lay your hands on along these lines. We all need to set the bar higher – much higher. And when you read about these mighty men and women of God, you cannot help but be challenged to press on, to aim higher, and to go further for Christ, for his glory.

It is time to raise the bar.

7 Replies to “Time to Raise the Bar”