Imagine Western politicians in the 1930s and 40s saying we should ease up on criticising the Nazis, and not make things hard on our economy by not doing business with them. Imagine them saying that if we cut off trade with the Germans, it will harm our economy and cause job losses.

Hopefully if they did come up with such idiocy, everyone would have told them to get real and get their priorities right. Some things are just not worthwhile, and it is far better to suffer some financial loss than to compromise principles when it comes to evil empires. 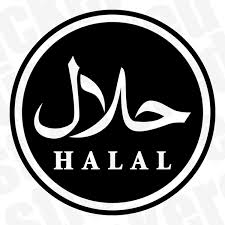 In many respects Islam and its goals for global supremacy is not unlike the push by the Nazis and the Third Reich for global dominance. Both are evil ideologies which put no value on human life, and will do anything to see everyone come into submission.

So it is very discouraging indeed to hear rather clueless politicians who should know better telling us the Australian economy is far more important than creeping sharia and the possible funding of Islamic terrorism. Instead of standing up for Australia by standing against stealth jihad, this politician thinks it is just fine if we hop into bed with a political ideology which has sworn to wipe us out.

I refer to Senator Barnaby Joyce who incredibly has turned against some of his fellow Senators, such as Cory Bernardi and other Coalition MPs, such as George Christensen. While they are very rightly concerned about halal foods and products, about the extortion racket known as halal certification, and just where all the money is going, Joyce is complaining about possible job losses if we make a stink about halal.

Um, just whose side are you on Barnaby? He will claim he is on the side of Australian jobs, but all these jobs won’t mean a hill of beans if things like halal certification and other types of creeping sharia are allowed to go unchecked. If Islam eventually takes over here, it will not be job losses he will have to worry about but head losses.

Here is how the story ran in today’s Australian:

Beef prices could increase threefold or thousands of meatworkers could be sacked unless protesters cease their campaign against halal certification, Agriculture Minister Barnaby Joyce says.
Anti-Islamic protesters have launched a boycott campaign against halal-certified products, including Vegemite, amid claims money paid to Islamic organisations that certify the foods could be used to fund terrorism.
Liberal senator Cory Bernardi has called for a parliamentary inquiry into the halal “racket”. Other politicians including Pauline Hanson, Nationals MP George Christensen and independent senator Jacqui Lambie have raised alarm about halal certification.
Mr Joyce today warned that without overseas Islamic markets, such as Indonesia and Saudi Arabia, the Australian meatworking sector could be rendered “unviable”.
Halal foods must meet numerous strict religious rules to be classified as halal, including being free of alcohol and pork.
“If we didn’t have the halal market for beef that could really affect thousands of meatworkers in Australia because we can sell certain amounts of cuts to certain markets, but other cuts go to Islamic markets and unless it’s halal certified we can’t sell them and that means the whole processing sector becomes unviable,” Mr Joyce said in Canberra.
In November, South Australia’s Fleurieu Milk and Yoghurt Company caved to social media pressure to ditch its halal accreditation, abandoning a $50,000 deal with Dubai-based Emirates Airlines in the process.

As I have written before, there are all sorts of problems with halal certification. It is effectively an Islamic tax imposed on non-Muslims, and it is not unlike an extortion racket by the Mob. Many thousands of foods and products now have the halal certification, even such bizarre things as Easter eggs and dog food.

It is hard to get real precise in our estimates here, but the global halal food trade is estimated to be well over one trillion a year, and perhaps closer to A$2 trillion annually. The real question that arises here is where does all that money go? It goes immediately of course to a whole range of Islamic certification boards, but where does it go from there?

How much of it is used to fund madrassas, Islamic schools, mosques, dawa (Islamic mission), and even fund terrorism? I have spoken to all this elsewhere: billmuehlenberg.com/2014/09/02/halal-certification-follow-the-money/

It is entirely sensible and absolutely necessary for politicians like Bernardi and Christensen and Lambie to be asking some real hard questions here. Since every single one of us is impacted by halal fees, and we all pay for it as we buy foods, products and services, we all have a right to know exactly how this money is being used.

Transparency is utterly essential here. If it is indeed being used to fund terrorism, we must know about this. And even if it is being used for what may seem to be more benign things, such as Islamic education, we still have a right to know.

I have to say this Barnaby: sorry, but I am not at all impressed with your unhelpful thinking here. Yes, it is good that you are concerned about Australian jobs. But by your refusal to face reality, and to see what a very dangerous thing this halal certification process really is, you are actually helping to create jobs for Muslims – and maybe even Muslim terrorists.

Please tell me how helpful that is going to be in the long run.

11 Replies to “Defending Halal – and Jeopardising the West”