I get this all the time, not just from the activists on the other side, but from rather confused believers as well: ‘Bill, you are being hateful when you speak against homosexuality,’ or ‘Bill, you are showing hate to others when you warn them about what they are doing’.

The homosexual activists parrot this “hate” foolishness all the time. I guess we expect them to do so. But it is quite woeful when clueless Christians say the same thing. They really ought to know better. To warn a sinner about his ways and to plead with him to avoid the path of destruction is the height of love, not hate. 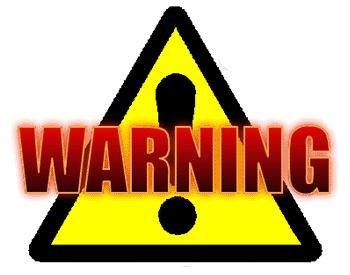 The opposite of love is indifference, not hate. When you are loving in the biblical sense, you cannot be indifferent to the lost, to the plight of those heading the wrong way, to those on a one-way trip to hell. To love such people means you will warn them, you will wave the red flag, you will do everything in your power to get them off the road to ruin.

It is only when you hate someone that you will not think of their welfare – both temporal and eternal. Thus the Christian who pleads with the homosexual to be set free from his dangerous and dead-end lifestyle is acting out of love.

People will claim we are making people feel guilty when we point out their sin. They say this is hateful and leads to self-loathing and so on. But what does self-loathing have to do with offering biblical warnings? The truth is, all sinners deep down feel this way – and well they should.

Sin of course leads to guilt feelings and the rest – that is how God made us. There is no salvation until we first see ourselves as God sees us: sinners under his wrath who need to repent and flee from our sin. So speaking biblical truth may well stir up guilt, anger and other responses – that always happens when sinners are confronted with biblical truth.

Equally unhelpful is the line about the church making homosexuals feel guilty. Well of course they feel guilty – because they are guilty. They, like all other sinners, know what they are doing is wrong, and they get angry when this is pointed out to them. This is basic Christianity 101. If you are uncertain about this, try going back to Romans 1 for starters.

And these mixed-up believers will also make a false and unbiblical distinction between speaking the truth about homosexuality and winning their hearts over to Jesus. But they should both go together – there is no other way in fact. To win any sinner to Christ, they first must realise they are sinners separated from God heading for a lost eternity.

That is why Christ came. If we don’t speak of sin first, we have no reason to speak of grace and salvation later. The latter depends on the former. Until the sinner realises the gravity of his sin and the seriousness of his situation, then he will not see his need for a saviour.

Sure, it is the job of the Holy Spirit to bring conviction to the hearts of the sinner. But it is the job of the Christian to share biblical truth with them. The Holy Spirit always works in conjunction with the preaching of the Word. So to really love the homosexual or any sinner is to share biblical truth, regardless of any negative reactions on their part.

And these folks should also spare us this baloney about ‘hating on homosexuals’. As mentioned, how is telling the truth about what the activists are up to – or anything for that matter – hating? To warn of the dangers of, say, drug addiction does not mean you hate the addicts. You can rightly hate the drugs which are destroying people and sending them to an early grave, while loving the individual trapped in this mess.

We all can hate the damage alcoholism does to a person – while still loving the alcoholic at the same time. And what is hateful about telling individual homosexuals that their lifestyle is dangerous, high risk, and possibly life-threatening, and that they need to flee from it?

What is hateful about telling any sinner that their sin is something they must flee from if they want to get right with God? That is a primary task of the Christian. That is why Jesus appointed the first disciples: to preach the gospel to all nations.

Those pushing this line might as well say opposing the criminal gangs wanting to hook kids on drugs is being hateful. They might as well say Wilberforce was “hating on” the slave owners as he stood up for blacks. Sorry, but to love people means resisting what enslaves them.

And those who claim that talking about a “cure” for homosexuality is harmful and hateful are also unbiblical and unhelpful. They might as well tell a murderer: “Hey, Jesus loves you, but I certainly won’t try to cure you of your desire to kill. Feel free to keep on doing it. I don’t want you to feel guilty after all, or feel hated on.”

Clearly we don’t love homosexuals or any other sinners very much if we don’t give a rip about them staying trapped in their dead-end and sinful lifestyle. We want them to be set free. That of course is exactly why Christ came, to set the captives free.

And these folks are wrong to say that we are too focused on sexual immorality. Not only did Jesus speak much about this, but he made it quite clear to the woman caught in adultery that in order for her to receive the forgiveness of God, she had to “go and sin no more”.

There was no cheap grace there – no saying she could just remain in her sin and her sinful lifestyle. Jesus never tolerated sin, he never minimised sin, and he never sidestepped sin. He dealt with it head on, knowing that until a sinner sees his need and repents, he is heading for a lost eternity.

All of these rather lame criticisms I get all the time from the homosexual activists. But they should not be coming from those calling themselves Christians. It is time for these believers to start thinking biblically here, and not embrace the dodgy ideas and faulty mindset of the world.

We must love people enough to warn them about their sin and their fate if they remain unrepentant in it. That is not being hateful but loving. The only haters here are the activists who want people to stay trapped in an unhealthy and deadly lifestyle, and the confused Christians who reject Scripture for worldly wisdom.

In a few hours I will be boarding a train to head east. If a bridge down the line has been washed out in a storm, the most loving thing anyone could do would be to warn the train driver of the danger ahead. These loving folks would do anything and everything to make sure he was alerted to the danger and took evasive action.

It is the same in the spiritual arena. We are all sinners heading to a disastrous end. We sinners who have found Christ and have been redeemed by his grace are called to warn others. Not to do so is in fact to hate others, and not love them.