The main difficulty about the last portion of this verse is pretty evident: Jesus tells us here not to do something which is done repeatedly in Scripture, and even often done by Jesus himself. This threefold warning found here has puzzled many, especially the third one which seems to make an absolute prohibition of the use of the word “fool”. 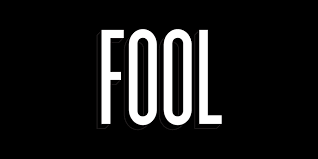 So how are we to understand this text? As is often the case, context greatly helps in such cases. Bear in mind that Matthew 5:21-26 speaks of the broader issue of hatred in the human heart, and how it is really the same as murder. It is in this context that we are to understand this verse. Human hatred may begin with harsh words, but can easily lead to something worse.

As one New Testament scholar explains in Hard Sayings of the Bible, “Behind the offending word lies the hostile thought. It is there that the guilty process starts; and if the hostile thought is not killed off as soon as the thinker becomes aware of it, then, although no earthly court may be in a position to take cognisance of it, that is what will be the first count in the indictment before the judgment of God.”

And the qualifying phrase “without a cause” used in the first of the three warnings would likely be seen as part of the other two. That is, there are times where doing or saying such things are unjustified, but by implication, at other times they may be justified.

The entire six verses here then show us that v. 22 is not so much concerned about a particular word, but the inner condition of a man. Inner anger will find outward expression, if not checked. John Nolland comments:

In effect Jesus is saying: If you want to apply the commandment solely within a legal framework, then you will need to feed into the legal system every case where there has been a rush of anger or words of insult; what is more, you need to treat all of these as capital cases, or, more exactly, your courts will need to be able to send the culprit to hell. For the Matthean Jesus the commandment can have its proper force only if it is allowed to speak against every expression of human alienation from and hostility towards another and if its proper final sanction is viewed as the judgment of God.

That this is not an absolute prohibition of the use of this particular word is clear not just from the rest of the Bible, but even from just the rest of Matthew. Jesus himself uses the word on various occasions. Consider these passages where the word for fool (moros), or a version of it, is used by Jesus.

Matthew 7:26 But everyone who hears these words of mine and does not put them into practice is like a foolish man who built his house on sand.
Matthew 23:17 You blind fools! Which is greater: the gold, or the temple that makes the gold sacred?
Matthew 25:2-3 Five of them were foolish and five were wise. The foolish ones took their lamps but did not take any oil with them.

The fool in scripture

The Bible speaks much of the fool and folly, but the Wisdom literature especially makes much of this theme. John Davies, in his article on “Folly” in the Dictionary of the Old Testament: Wisdom, Poetry & Writings nicely lays out the basics on understanding folly and the fool:

Folly is the antithesis of wisdom (Prov 15:21; Eccles 2:13, 19), and the fool is one who hates knowledge and the fear of the Lord (Prov 1:22, 29). The book of Proverbs in particular offers an extensive character study of fools and their ways, while the book of Psalms and Ecclesiastes further illustrate the nature of folly….
The fool is contrasted with the righteous and closely identified with the wicked, who delight in doing evil (Prov 10:21, 23; 13:19), just as the wise and the righteous are coreferential (Prov 9:9; 23;24; Eccles 9:1)….
Such folly is the result of not a lack of intelligence but rather of a morally perverse stance (wickedness is folly, or perhaps folly is wickedness (Eccles 7:15).

By way of summation, Bruce Waltke, after discussing the terms for the fool and the wicked says this: “These ethical terms imply the fool’s moral culpability, not his lack of intelligence.” Thus we often speak of an educated fool. There are plenty of learned folks out there who are nonetheless fools.

And obviously the greatest fool there is, is the one who denies that God exists. As both Psalm 14:1 and Psalm 53:1 say: “The fool says in his heart, ‘There is no God’.” Other passages speak to this, including Psalm 74:22: “Rise up, O God, and defend your cause; remember how fools mock you all day long.”

Nor is this just an Old Testament theme. Consider the classic passage on this, Romans 1:21-22: “For although they knew God, they neither glorified him as God nor gave thanks to him, but their thinking became futile and their foolish hearts were darkened. Although they claimed to be wise, they became fools.”

Let me offer a few more passages about fools and folly (all from Proverbs, and all from the ESV):

Proverbs 1:7 The fear of the Lord is the beginning of knowledge; fools despise wisdom and instruction.
Proverbs 1:32 For the simple are killed by their turning away, and the complacency of fools destroys them.
Proverbs 5:23 He dies for lack of discipline, and because of his great folly he is led astray.
Proverbs 8:5 O simple ones, learn prudence; O fools, learn sense.
Proverbs 10:23 Doing wrong is like a joke to a fool, but wisdom is pleasure to a man of understanding.
Proverbs 12:23 A prudent man conceals knowledge, but the heart of fools proclaims folly.
Proverbs 14:8 The wisdom of the prudent is to discern his way, but the folly of fools is deceiving.
Proverbs 15:14 The heart of him who has understanding seeks knowledge, but the mouths of fools feed on folly.
Proverbs 15:21 Folly is a joy to him who lacks sense, but a man of understanding walks straight ahead.
Proverbs 18:2 A fool takes no pleasure in understanding, but only in expressing his opinion.
Proverbs 18:6 A fool’s lips walk into a fight, and his mouth invites a beating.
Proverbs 22:15 Folly is bound up in the heart of a child, but the rod of discipline drives it far from him.
Proverbs 24:9 The devising of folly is sin, and the scoffer is an abomination to mankind.
Proverbs 26:4 Answer not a fool according to his folly, lest you be like him yourself.
Proverbs 29:11 A fool gives full vent to his spirit, but a wise man quietly holds it back.

Obviously plenty more such passages from throughout the Bible could be offered here. The idea of folly and fools is a key biblical teaching, and whatever exactly Jesus had in mind when he said what he did in Matthew 5:22, it should be obvious that the terms are fully biblical and fully appropriate to utilise in a wide variety of situations.

The wider purpose of Matthew 5:21-26 is to guard our hearts, and cause us to remember that not just outward acts are judged by God. Just as important, if not more so, are our inward dispositions, attitudes and thoughts. That is so very crucial for Jesus.