Let’s admit it. Most Christians really do not believe what is in their own Bibles. Sure, they give lip service to Scripture all the time. They claim to be Bible-believing Christians, and they may even take their Bibles to church (well, some still do – but not many nowadays).

The sad truth is, most Christians may have read their Bible plenty, but it has become just like another book. Its power to speak to us like a bolt of lightning has been lost, and we simply have become rather bored with old truths. We take the Word of God for granted, and it no longer touches our souls as it was meant to do.

We have become so familiar with its basic writings that they no longer impact us. The reality is, we need to approach the Bible as if we have never read it before, and let it hit us as it was meant to do. That was the experience of many people as new Christians, but now the Bible has become a tired old book which no longer has words of fire.

All we can really do here is repent and ask God to forgive us for taking his Word so cavalierly and treating it just like any other bit of literature. We need to let the Bible shock us once again. Yes the Bible is a shocking book. A revolutionary book. An explosive book.

If we could simply go back and read the words of Jesus as if for the very first time, it would change our lives – forever. He said some of the most revolutionary things you will ever hear – but now they are all but tired clichés for most Christians.

There are so many radical words of Jesus we could consider here. Let me highlight just a few, and just from the book of Matthew. These are some of the hard words of Jesus:

Matthew 16:24-26 Then Jesus said to his disciples, “If anyone would come after me, he must deny himself and take up his cross and follow me.”
Matthew 18:6 “If anyone causes one of these little ones – those who believe in me – to stumble, it would be better for them to have a large millstone hung around their neck and to be drowned in the depths of the sea.”
Matthew 19:21-23 Jesus answered, “If you want to be perfect, go, sell your possessions and give to the poor, and you will have treasure in heaven.” 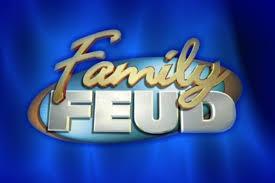 We have read these verses a million times now, so they have lost their punch. We gloss over them, yawn, and go back to business as usual. That is not how it should be my friends. But let me look at just one more verse, one that seems so very relevant in today’s climate. It is Matthew 10:34-39:

Now this is a radical word – it is a radical call to a life of radical discipleship. Yet most of us don’t believe it for a minute. “Oh, Jesus doesn’t really mean this” we say. We try to explain it away or simply pretend it is not there. But it is there and we must deal with it.

Much ink has been spilled on what Jesus intends here. I don’t want to get into all those debates. Let’s just believe Jesus for a change. There are times when to be a true disciple of Jesus Christ will mean we will have to renounce, or be willing to lose, family allegiances. Yes, even family.

Don’t get me wrong: family is certainly important, and I defend this God-given institution all the time. However, sometimes to follow Christ will mean having to break fellowship, even with family members. Sometimes the greatest divisions will be found in our own households.

I have found this so often of late with the issue of homosexuality. Those Christians who have decided to stand with Christ and his Word increasingly are finding themselves at odds with their own family members. Some are being renounced, disowned, shunned or hated by their own parents or siblings or close relatives.

For standing true to the Bible and its teachings on human sexuality, many believers are being attacked and persecuted within their own families. This is the tragic but true reality of many disciples of Christ, and the very sort of thing Jesus was speaking about.

I see this happening all the time in the social media. I hear one heartbreaking story after another of those brave Christians who are being denounced and disowned by their own families because of the adherence to the biblical truth on homosexuality. It is heartbreaking to hear about all these cases, but it is the sort of thing Jesus certainly had in mind when he made this radical pronouncement.

One Catholic writer, Rebecca Hamilton, has just written on this very matter in her piece, “Gay Marriage Sets Friend Against Friend, Brother Against Brother.” Let me quote from this valuable article. She quotes the words of Jesus as found in John 21:15: “Do you love me more than these?” and then begins:

The good ‘ole Supreme Court may have outdone itself in destruction to this country.
Their decision on gay marriage has set friend against friend and brother against brother.
I wrote a post about this earlier. But I’ve continued to hear from people who are concerned about their own families and friendships falling apart since then. So, I’m going to write about it again, in a more personal way this time.
Catholics in high places at Catholic institutions have announced their own gay “weddings.” This is clear rebellion against the Church by those who are tasked with teaching theology to future generations of Catholics. I can’t say it any more bluntly than that. In the meantime, far too many of our priests are either staying silent or actually giving tacit support to gay marriage.
The business of Catholic institutions allowing this behavior from their employees is a scandal of gigantic, Church-destroying proportions. Church institutions that actually teach against something as core as the nature of the family, and who allow their prominent teachers to publicly practice and celebrate defying these teachings, are bankrupt to the core.
There is one small gleam of light in this. We can now see why the children we have sent to our Catholic institutions of higher learning have been absorbed by the cultural nihilism rather than protected against it. It was because of these people and their defiance of the Church, hollowing out our institutions from the inside.
So how are we, out here in the pews, supposed to live out our faith with this anti-Christ leadership coming from the top? More to the point, how do we manage to deal with the onslaught of pressure and blackmail to abandon our beliefs that is coming at us from our dearest friends?

She shares some of her own personal experiences about this, then concludes with these helpful words:

So. What advice do I, an abysmal failure at keeping my gay friends, have to share with you?
My first advice is to go ahead and be up front. I wish I had never dipped and dodged at all.
My second advice is to realize that you are going to have to choose. Choose Christ, or choose them. They will not let you have both.
My third advice is don’t get too close to your friends on the other side of the culture wars. I know this is harsh, scalding and terrible advice. But if you confide in someone in today’s world, the culture wars may very well turn and turn and then that someone will be your hate-filled, spiteful enemy on a vengeance trek to destroy you. Every tender thing you ever told them could end up coming back at you as a bullet, aimed at trying to publicly humiliate, degrade and destroy you.
It is sad, it is terrible, to say that. But it is true.
We are going to have to choose. Their demands are the winnowing fork John the Baptist prophesied.
Christ, or them? You choose.
I choose Christ. I may dither and try to keep from offending people in order to hang onto them as friends. But if they force me to it, I will choose Christ.
And every single time I choose Christ, I cut another cord that has kept me in touch with that other life, that life before my conversion. Every single time I choose Christ, I suffer the loss of the person I am not choosing. A few of them, like my friend, are wounds that feel like amputations. Even after the emotional blood has stopped running, I feel the loss.
There is no salve for this. It is a real and painful sacrifice for following Christ. It is our own Gethsemane.
The rewards are eternal and temporal, both at once. Christ has promised us rewards in heaven, but that is not what motivates me. My motivation is simply that I love Jesus. He saved me from eternal death and He forgave my unforgivable sins. He loved me from death to life and He continues to love and guide me each step of my way to Him.
I love Jesus.
And that is the most important reward, not some nebulous reward in the future, but the concrete reality of loving Him and being loved by Him now, in this life.
Do you love me more than these? He asked Peter — and us.
The answer has to be yes.

22 Replies to “Faith and Family Feud”