I realise that this might come as news to some of you, but I am a human being as well – I have flesh and bone, and I even have feelings like all the rest. So I too can be hurt and wounded. And it happens quite often actually. But that is part of living on planet earth.

A rather jaundiced view of things might say that life is pretty good, if it weren’t for other people! But other folks are who we deal with every day. And sometimes they shaft you and anger you and abuse you. That is life, and it is not always easy, but that is how it goes.

Indeed, we expect to be used, abused and misused by non-Christians. The worrying bit is that we so often get such lousy treatment from fellow Christians. We get other believers attacking us, criticising us, gossiping about us, maligning us, and betraying us.

And guess what? It hurts like hell, especially when it comes from those who were close and trusted friends or allies. But believe me, if you are a Christian, and especially if you are involved in any sort of leadership, you will get all sorts of abuse from other Christians. 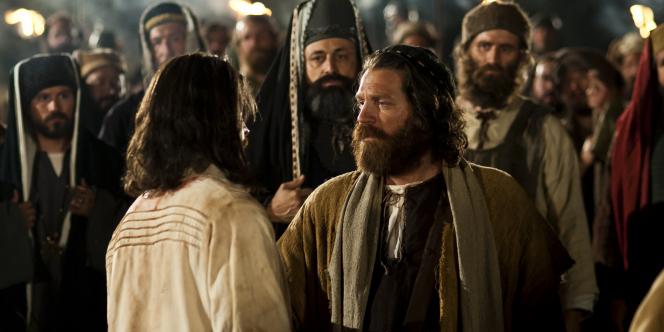 Many will reject you and even betray you. It stinks. But it is sadly part of life in a fallen world. We expect better things from those who claim to be God’s people, but we all are fallen and finite, and we all are less than what we are supposed to be.

So how should we respond? Perhaps it is best to first ask how not to respond. The obvious and natural response is evident: bitterness, anger, unforgiveness, resentment, withdrawal, and so on. This is how we tend to react. Indeed, some believers will be so bummed out by the treatment they get that they will even give up on the Christian life altogether.

While all such reactions may be understandable, they are not biblical. So if that is what we should not do, what then should we do? The first thing is to expect that these sorts of things are going to happen. I know, it should not be happening, but I guarantee you, it will.

Friends and colleagues will hate on you. They will desert you. They will betray you. Sadly, you must count on that. Sure, it hurts like all get out, but it will happen. So don’t be surprised when it occurs. If anything, be surprised that it does not happen more often!

And be even more thankful for those friends and associates who have stood strong with you. Not all are deserters and false friends. But as to those who have been so very hard on us, we are called to something better than resentment or retaliation.

As difficult as it is, we must at least seek to pray for those who have hurt us and betrayed us. We must be willing to forgive and even forget. And where possible, we should seek to keep our bridges open. It is so very tempting to burn your bridges with these folks: “I won’t have anything more to do with that jerk”.

I understand the sentiment, but it is not good counsel. There have been so many times when I have been hurt or attacked or betrayed, but I have sought to keep open the possibility of restoration, and sometimes (certainly not always), months or years later, the relationship is repaired.

Sometimes the person will even ask for forgiveness (a great bonus) but sometimes they may just want to overlook their past transgressions. Well, we must try to as well. Biblical love demands that of us. Christian love “keeps no record of wrongs” (1 Corinthians 13:5).

Sure, sometimes there are wise reasons to move on from certain people, and there is no value in seeking to restore every former friendship, alliance or partnership. So a bit of wisdom is needed here. But being open to forgive and love your enemies anyway should always be on the table.

But surely the best way to deal with all this is to look at one person who knows more about this than any of us ever will. Jesus of course experienced way more betrayal, backstabbing, desertion and rejection than any of us will ever come close to.

He was rejected by his own people. By the religious leaders. Even by his own beloved disciples. Imagine pouring your life into a group of people for three years, only to find they have all turned on you, even betrayed you. Yet he loved the twelve to the end, despite all this.

Worse yet, he even knew beforehand of such betrayal. Indeed, a thousand years earlier messianic psalms were describing this, as in Psalm 41:9: “Even my close friend in whom I trusted, who ate my bread, has lifted up his heel against me.”

Jesus appealed to this verse in John 13:18: “I am not referring to all of you; I know those I have chosen. But this is to fulfill this passage of Scripture: ‘He who shared my bread has turned against me’.” And recall the description of Jesus the Suffering Servant as found in Isaiah 53. Verse 3 says this:

He was despised and rejected by mankind,
a man of suffering, and familiar with pain.
Like one from whom people hide their faces
he was despised, and we held him in low esteem.

He knew all about rejection. And recall the culmination of all this rejection and hatred, when Jesus was hanging on the cross. He could have pronounced a curse of destruction on the whole lousy lot of them, but instead prayed, “Father, forgive them, for they do not know what they are doing.”

Unlike all of us, who so often deserve what we get from others, Jesus deserved none of it. He was the perfect, loving, gracious Son of God who could do no wrong, yet his own still shafted him. It is a good thing he did not respond as most of us respond.

So he is our model here. He is our example. He showed us the way forward. He demonstrated for us how we are to respond to our enemies, our betrayers, our attackers. So look to Jesus on how to react when the haters come and the betrayers do their worst.

I certainly have to keep learning this. I still hurt from things done to me ages ago. But real Christianity is being Christlike in times when that is the hardest thing to do – or to even want to do. So please keep standing strong. Don’t renounce the faith. Don’t pull into a shell. Don’t be corrupted by bitterness and a refusal to forgive.

Instead, move on, with the help and grace of God.

14 Replies to “On Dealing with Betrayal and Rejection”