The 37 million cheaters caught out by a hacked adultery website have a lot to worry about at the moment. There they thought they could get away with murder – or at least adultery – and it would all be just fine, but have now been exposed to the whole world.

I have written about this wretched site several times now, and I would reemphasise the irony of those complaining about a betrayal of trust. Um, this entire website is one big betrayal of trust. Sin has a way of doing that. Cheat on your spouse and break your sacred vows, and it will come back to bite you.

Of course this is part of the sexual cesspool the West has degenerated into. Al Mohler recently said this about the whole debacle:

In the larger secular culture, the big question is whether adultery really matters or not. Marriage and monogamy have been subverted from an array of cultural forces. Moral revolutionaries declared war on monogamy, declaring it to be unrealistic, patriarchal, repressive, and antiquated. Popular culture and entertainment glorified virtually any experiment in sexual gratification and often portrayed adultery as the victory of personal autonomy and freedom. States dropped adultery from the law books, stating that “morals legislation” was doomed. Evolutionary anthropologists explained adultery as a natural and expected phenomenon.
The mainstream media seems to know that the Ashley Madison hacking story is big news, but the main concern seems to be more about embarrassment than shamefulness.
Then again, even as the larger culture tries to convince itself that it has proudly outgrown monogamy, the furor and grief over the Ashley Madison revelations point to the underlying reality that even those supposedly liberated from conventional sexual morality really do know that adultery is wrong. Nevertheless, severed from any substantial moral grounding, they are not exactly sure why adultery is wrong, or how wrong they should understand adultery to be. Once the scandal subsides, the moral concern about adultery is likely to dissipate as well.
“Life is short,” said Ashley Madison. “Have an affair.” The Sexual Revolution continues, aided and abetted by modern technology. And with that revolution comes hurt and pain beyond calculation, but our sex-obsessed culture proudly denies the obvious, and moves on.
Life is indeed short, and so is the Seventh Commandment: “You shall not commit adultery.” 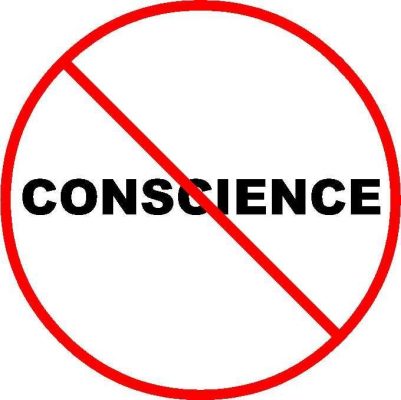 Yes indeed, but of course the really worrying issue here is how many people claiming to be Christians were part of this diabolical site. One article by Ed Stetzer states that there may well be hundreds of pastors who were caught up in all this:

Based on my conversations with leaders from several denominations in the U.S. and Canada, I estimate that at least 400 church leaders (pastors, elders, staff, deacons, etc.) will be resigning Sunday. This is a significant moment of embarrassment for the church – and it should be. To be honest, the number of pastors and church leaders on Ashley Madison is much lower than the number of those looking to have an affair. Yet, there is still much that we must consider in the midst of the embarrassment.

This is shocking stuff indeed. He reminds us that the church is called to a much higher standard here. And he goes on to offer “three principles of repentance for pastors and Christian leaders”:

1. Repentance must be public.
Yes, pastors have a higher standard to receive criticism, but when that standard is met, a new standard kicks in– as far as the sin is known the repentance should be known.
Pastors have a responsibility to what has been entrusted to them. If you are a small church pastor, your church should know. If you have been entrusted with a global ministry, however, your repentance should be known on a global scale.
Yes, that’s hard. But you cannot use the higher standard of receiving criticism to your advantage when it is beneficial, but ignore the higher standard of repentance when things are difficult.
The details don’t need to be known, but the sin does. Adultery, lying, theft should be named, not hinted. When you became a pastor, you forfeited the right for your sin not to be known when the accusations prove to be true. It does not have to be prurient, but it must be clear.
2. Repentance must be thorough.
…As Lanny Davis wrote about political scandals, “Tell it all, tell it early, tell it yourself.” Or, to quote a paraphrase of Proverbs 28:13, “What we cover, God uncovers and what we uncover, God covers.
There is great freedom in confessing it all, early, and moving on toward restoration. The alternative is to be trapped in a cycle of waiting until more evidence comes forward and then trying to spin it to salvage our reputation.
Repentance is freeing.
3. Repentance should lead to restoration.
…When it comes to pastoral repentance, fear leads to forever hiding where faith leads to confession and restoration.
I’m not saying that every pastor can be restored to every role—that’s a discussion for another day. But, a pastor who commits adultery, for example, needs to be under a discipline process with the church that lasts a considerable length of time (at least two years in my opinion).

While it may be too late for those already caught out here, all believers should stand up and take notice. None of us are immune from this. We are all susceptible to sexual sins and the temptations thereof. Thus we need to go back to basics here, and remind ourselves of basic Christian truths.

Let me focus on just one: the need to always keep a clear conscience. Scripture tells us much about the importance of this. Let me offer just a few verses here:

Adultery always begins in our hearts, as Jesus reminded us. If we are continuously toying with the thought, then we will likely act it out soon enough. Thus we need to keep our hearts and minds clean, and we need to maintain a clear conscience.

We must stay steeped in the word of God, and stay accountable to one another. Staying in daily dependence on God and his word will help. As John MacArthur said in The Vanishing Conscience: “The conscience functions like a skylight, not a light bulb. It lets light into the soul; it does not produce its own.”

Thus this is not about trying to be better or living up to our own moral principles. This is about immersing ourselves in God and His Word, and letting his standards pour into our lives. This whole sordid affair must serve as a wake-up call to all of us. We need to learn from this while there is yet a chance to do so.