Christians are a funny lot. They will go on and on about how they claim every promise of God. But when it comes to crunch time, they don’t really believe that for a moment. What they do believe is that they will relish and cherish the nice, uplifting and positive promises, while they will simply ignore the not so pleasant ones.

And the simple truth is this: there are plenty of not so very cheery promises in Scripture. One of the most widely pronounced promises, but the hardest to accept, are all the promises of persecution, suffering and hatred by the world. We are promised these things time and time again.

The Bible is full of such talk, yet I hear of very few Christians claiming these promises. And they most certainly are promises. Instead, I see Christians running in the other direction, denying that the Christian life could ever be hard, difficult, onerous and fraught with dangers.

Indeed, a huge problem with the contemporary church is it is telling people falsehoods. It is telling people sweet nothings. It is giving them fake promises. It is filling them with false expectations. We tell the lost that if they come to Jesus they will live a life of fun and pleasure, a problem-free life filled with good things and great times.

We refuse to tell them the truth that coming to Jesus is the hardest thing they will ever do: it will involve taking up your cross, denying yourself, resisting the flesh, and being hated by the world. That is not a very cushy message to give to a would-be disciple of Christ, but it happens to be the biblical one. 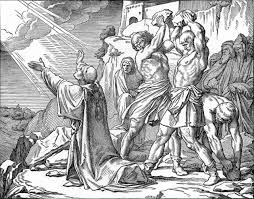 Indeed, just think about one of the very first things Saul heard as he encountered the living Christ. As is recorded in Acts 9:15-16: “But the Lord said to Ananias, ‘Go! This man is my chosen instrument to proclaim my name to the Gentiles and their kings and to the people of Israel. I will show him how much he must suffer for my name’.”

Hmm, no talk there about your “best life now” or about riches and success and the good life. No talk about getting a good self-image or losing weight for Jesus. Instead, all Saul got was a stark and ominous word about how much he must suffer for the sake of Christ.

And that is true of every single one of us. If we are a true disciple of Christ, we will suffer, we will be persecuted, and we will be hated big time by those who are not his. Indeed, one of the best tests as to whether we are really saved and really walking in his footsteps is how much flak, opposition and enmity we are getting.

If we are just smoothly running along through life with everyone loving us and happy with us, we can ask whether we are in fact a true child of God. As Martyn Lloyd-Jones once put it: “If you are suffering as a Christian, and because you are a Christian, it is one of the surest proofs you can ever have of the fact that you are a child of God.”

But just in case some of you are a bit dubious here, let me offer a few of the many clear promises of how we will be treated if we are fully sold out to Jesus Christ:

Matthew 5:11-12: Blessed are you when people insult you, persecute you and falsely say all kinds of evil against you because of me. Rejoice and be glad, because great is your reward in heaven, for in the same way they persecuted the prophets who were before you.

Matthew 10:22: And all nations will hate you because you are my followers. But everyone who endures to the end will be saved.

Matthew 24:9: Then you will be handed over to be persecuted and put to death, and you will be hated by all nations because of me.

Luke 21:12-19: But before all this, they will seize you and persecute you. They will hand you over to synagogues and put you in prison, and you will be brought before kings and governors, and all on account of my name. And so you will bear testimony to me. But make up your mind not to worry beforehand how you will defend yourselves. For I will give you words and wisdom that none of your adversaries will be able to resist or contradict. You will be betrayed even by parents, brothers and sisters, relatives and friends, and they will put some of you to death. Everyone will hate you because of me. But not a hair of your head will perish. Stand firm, and you will win life.

John 3:19-21: This is the verdict: Light has come into the world, but people loved darkness instead of light because their deeds were evil. Everyone who does evil hates the light, and will not come into the light for fear that their deeds will be exposed. But whoever lives by the truth comes into the light, so that it may be seen plainly that what they have done has been done in the sight of God.

John 15:18-25: If the world hates you, keep in mind that it hated me first. If you belonged to the world, it would love you as its own. As it is, you do not belong to the world, but I have chosen you out of the world. That is why the world hates you. Remember what I told you: ‘A servant is not greater than his master.’ If they persecuted me, they will persecute you also. If they obeyed my teaching, they will obey yours also. They will treat you this way because of my name, for they do not know the one who sent me. If I had not come and spoken to them, they would not be guilty of sin; but now they have no excuse for their sin. Whoever hates me hates my Father as well. If I had not done among them the works no one else did, they would not be guilty of sin. As it is, they have seen, and yet they have hated both me and my Father. But this is to fulfill what is written in their Law: ‘They hated me without reason’.

1 Thessalonians 3:4: For truly, when we were with you, we told you before that we should suffer tribulation; even as it came to pass, and you know.

2 Timothy 3:12: In fact, everyone who wants to live a godly life in Christ Jesus will be persecuted.

Many more such texts could be offered here. As I often tell my students, if the bullets are not flying overhead, then perhaps you are not doing things right. Sure, we don’t go out of our way looking for trouble. We seek to be peacemakers where possible. But to simply stand faithfully for Jesus Christ will guarantee opposition, enmity and hatred from others – and that even includes from other “Christians” as well!

And if you stand in any sort of public and high profile way as you elevate Jesus, stand for righteousness, and renounce evil, the bullets will come fast and furious indeed. The ministry I have involves almost daily hate mail, abuse, fierce opposition, and even the occasional death threats.

I have had entire websites set up just to attack me and vilify me. There have been annual awards given out in my name by angry atheists. I have even had Wikipedia pages set up about me by my enemies, filled with lies and calumny. And plenty of websites have whole pages dedicated to maliciously attacking me.

I just stumbled upon one the other day. I don’t necessarily want to draw attention to these hate sites, nor do I usually spend any time looking through them. But this one was from an atheist wiki site. I will just offer the first statement from the page: “Bill Muehlenberg is an American-Australian Christian and homophobic/transphobic hate leader.”

If you are interested, you can read more here: rationalwiki.org/wiki/Bill_Muehlenberg

Such is life when you seek to serve God, stand up for truth in the public arena, and promote biblical values in an ungodly and demonic-controlled culture. So it should come as no surprise to get such hate, abuse, persecution and vilification. It goes with the territory. It is part of the Christian’s job description.

It should not surprise us, and we should in fact fully expect it. Whenever we stand up for what is right, we will get the enemies crawling out of the woodwork. We all should keep in mind what Churchill once said about this: “You have enemies? Good. That means you’ve stood up for something, sometime in your life.”

Let me close with a few quotes from some great saints of God on this issue. They knew what they were talking about, and we need to listen to them carefully and prayerfully:

“Why do we expect to be better treated in this world than Jesus was?” Leonard Ravenhill

“If a Christian is not having tribulation in the world, there’s something wrong!” Leonard Ravenhill

“The world never burned a casual Christian at the stake.” John R. Rice

“I was honored today with having a few stones, dirt, rotten eggs, and pieces of dead cat thrown at me.” George Whitefield

“Persecution is the heirloom of the church, and the ensign of the elect.” Charles Spurgeon

“Opposition! It is a bad sign for the Christianity of this day that it provokes so little opposition. If there were no other evidence of it being wrong, I should know from that. When the Church and the world can jog along together comfortably, you may be sure there is something wrong. The world has not altered. Its spirit is exactly the same as it ever was, and if Christians were equally faithful and devoted to the Lord, and separated from the world, living so that their lives were a reproof to all ungodliness, the world would hate them as much as it ever did. It is the Church that has altered, not the world.” Catherine Booth

“We have failed. We should have made the people strong for persecution rather than telling them Jesus would come first. Tell the people how to be strong in times of persecution, how to stand when the tribulation comes – to stand and not faint.” Corrie Ten Boom