Tragically far too many believers seem to glide through life completely oblivious to the various wars and battles we are in, the array of enemies encircling us, and the ever increasing anti-Christian bigotry in the West. Everywhere the faith is under attack and under threat, yet sadly everywhere most Christians are sleeping through their own execution.

Let me say it right now: there is absolutely nothing virtuous or Christlike about being clueless, naïve and uninformed. In fact it is sinful. We need to repent of this wretched mentality and start getting on the ball. Jesus said we must be wise as serpents and harmless as doves.

Paul said we should not be ignorant of Satan’s devices. In the Old Testament we read about the sons of Issachar who “understood the times, with knowledge of what Israel should do”. We sure do need some folks like that today. We have churches who seem to be so unaware and so undiscerning as to what is taking place around them that many are just falling by the wayside. 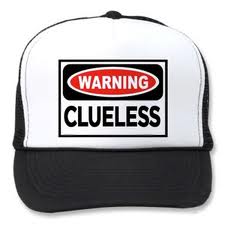 This has certainly been the case in Europe, and Australia is not far behind. I have lived in Europe and know how bad things have gotten there. A brand new article by Michael Brown highlights some of these disastrous outcomes for European Christianity.

He documents some of the tragic cases found there of church decline, spiritual dysfunction, religious deception, and churches selling their souls. The sad cases of selling out to Islam in the name of dopey interfaith dialogue are among the many problems he mentions. And the failure to evangelise and emphasise the uniqueness of Christianity is another.

He chastises these compromised and clueless wonders, and closes with these words:

Do they not realize that, if Christianity is not a missionary faith, then it is no faith at all, and that just as Jesus came into the world “to seek and save the lost” so He sends us to seek and save the lost? As David Livingstone once said, “God had an only Son and He made Him a missionary.”
Yet this blasphemous position paper, entitled “Pilgrim Fellowship and Witness in Dialogue with Muslims,” argues that, “A strategic mission to Islam or meeting Muslims to convert them threatens social peace and contradicts the spirit and mandate of Jesus Christ and is therefore to be firmly rejected.”
This not only makes a mockery of the blood that Jesus shed on the cross. It also makes a mockery of the blood that our brothers and sisters have shed in the Muslim world as they lay down their lives to reach them with the good news.
Ironically, while these European churches are selling their souls to make peace with Islam, in Norway, it was reported, “A Muslim interrupted a child christening in church by running to the sacristy with the Quran in hand, yelling that Allah is the only true god.”
Oswald Smith famously said that the church that does not evangelize will fossilize. The reality is that these churches already gave up the great commission years ago, becoming nothing more than fossils of the faith. Their blasphemous actions today simply reflect the previous death of their spirit. They have no more right to be called churches than ISIS has the right to be called compassionate.
May God raise up a powerful, witnessing church in Europe before it is too late, and may He strengthen those who are still standing strong in the midst of the current apostasy.

Things are little better here in Australia. In the name of inclusion, tolerance and acceptance, more and more churches – even so-called evangelical ones – are going all silly about Islam, thinking we are all one big happy family who can live together in peace and harmony.

Consider just two examples: The leftist open slather asylum seeker welcome group #walktogether has been joined by various churches, including Riverview Church in Perth, of which it says, “Riverview Church sent a delicious message to anti halal meat scaremongers.” It had a halal sausage sizzle to show how into diversity and acceptance it was.

Adelaide pastor Brad Chilcott is a moving force behind this as well as Welcome to Australia – another group which is seemingly also all about throwing open our borders to one and all. It has many players, with secular groups and various religious groups involved, including Mission Australia.

It says in part: “The Welcome to Australia team includes people of a range of cultures, faiths, ages and political persuasions – we’ll partner with anyone who wants to offer a warm, positive and dignified welcome to asylum seekers, refugees and other new arrivals and who is committed to the vision of an inclusive, welcoming and just Australia.”

Now a number of different but related issues arise here: asylum seeker policy, multiculturalism, interfaith dialogue, the nature of Islam, the issue of halal foods and halal certification, and so on. Each of these are quite large topics on their own, and each of these I have written about in many dozens of articles, so I cannot repeat myself here.

But what can be said about many of the initiatives just mentioned above is a decided absence of some hard-headed realism about just what is involved in all these issues. And by that I mean a hard-headed biblical realism as well. Scripture never enjoins undiscerning open-border policies.

It never advocates for false interfaith dialogue, and the unity and oneness of all religions. Scripture never allows us to be cavalier about idolatry, false religions and false gods. Scripture never insists that we are to be inclusive and accepting when it comes to truth claims.

The Bible never places all religions on a par. It never tells us to throw out our brains, rationality and discernment in the interests of a sentimental love and a mushy moralism. We are never told to just accept whatever the world is trending with, but to judge all things through the filter of the Word of God.

Chilcott, Jarrod McKenna and others fully involved in these movements are all radical leftist religious leaders who think we should be open to Islam, to halal, to all manner of asylum seekers, but think Christians should ease up on issues like abortion and the defence of marriage.

That pretty much tells us where these folks are coming from. They are happy to push all the lefty trendy causes that most secularists are running with, but won’t dare be caught in standing up for vital biblical concerns like the protection of the unborn, the sanctity of human life, and the tremendous importance of biblical sexuality, marriage and family.

They are, in other words, clueless wonders when it comes to things like stealth jihad, creeping sharia, the dangers of halal certification and terrorism funding, the radical homosexual agenda, interfaith deception, and so on. Their attempts at tolerance, unity and acceptance may be well-meaning but in the eyes of many, quite misguided.

Indeed, I have written about many of these issues before, and how good intentions alone can simply make matters much worse: billmuehlenberg.com/2011/08/30/on-good-intentions/

And as mentioned, I try to offer serious biblical alternatives to the trendy left narrative on these issues, such as in the following subject headings:

Please go to those collections of articles if you wish to see more of my thoughts on those topics. I won’t repeat them all here of course. But my point remains: we have seen in Europe how worldliness, the loss of a biblical worldview, the erosion of biblical authority, and the acceptance of worldly wisdom at the expense of Scriptural absolutes has led to the compromise, capitulation, emasculation and destruction of so many churches.

We are seeing this happening increasingly here in Australia as well. I for one find this a great worry, and will continue to offer an alternative (and hopefully biblical) perspective which withstands the trendy worldly paradigms on offer by both secularists and leftist religious leaders alike.

12 Replies to “Cluelessness is Not Next To Godliness”