Most people, as well as most politicians, only think in terms of the short term and immediate gain. They seldom think about the bigger picture and the longer term. Immediate benefits and short term gains tend to be the main focus of most folks.

And this would be true of far too many Christians as well. They tend to see at best only days or weeks ahead, and consider things only from their immediate circle of contacts. Big picture believers with a long term vision tend to be rather rare regrettably.

Christians of all people should be those with the long term and the whole picture in mind. Even many non-believers understand this. I recall reading decades ago the words of economist Henry Hazlitt. In his 1946 book Economics in One Easy Lesson he said that economic policy must always have a two-pronged approach:

In addition to these endless pleadings of self-interest, there is a second main factor that spawns new economic fallacies every day. This is the persistent tendency of man to see only the immediate effects of a given policy, or its effects only on a special group, and to neglect to inquire what the long-run effects of that policy will be not only on that special group but on all groups. It is the fallacy of overlooking secondary consequences. 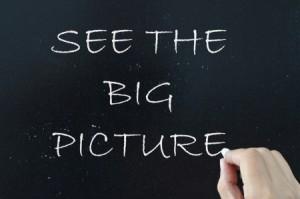 He too knew the importance of considering long term outcomes and the good of the greater group. I write all this, in part, because of a conference I have just attended. Indeed, I am sitting in a hotel lobby in Salt Lake City where the World Congress of Families IX has just finished.

Plenty of discussion obviously arose this past week about the condition and future of marriage and family. Things are looking rather bleak at the moment, at least in the West. Therefore much attention was paid to how we can defend and strengthen these crucial institutions.

Numerous main sessions and smaller workshops were held, and one of them I attended looked at protecting marriage in Australia against its redefinition (and therefore destruction) by the homosexual activists. Discussion centred on how we can win the upcoming plebiscite on this issue.

Both sides are of course hard at work on this one, hoping the plebiscite to legalise homosexual marriage will be defeated or voted in, depending on where you stand. I and many others are rightly working very hard to ensure that marriage is saved in Australia, and that the tiny minority activist groups do not destroy our most important social institution.

So we must work very hard indeed on this battle. But I must remind my fellow pro-family activists that this is certainly just one battle. And even if we win this one on the plebiscite (and pray that we do), it will mean nothing to the activists on the other side.

They will just come up with a dozen new strategies to destroy marriage. Indeed, they would likely already have a dozen such strategies in place. You see, the other side neither sleeps nor eats. They are ever on the prowl to do their thing. They are always at work to cause mayhem and misery.

Our side however does not like to get its hands dirty, does not like a fight, and especially does not like to think about the bigger picture and the long haul. We think that we can fight a battle just once, and then we can all go back to sleep. But it does not work that way.

As Maggie Thatcher once put it, “You may have to fight a battle more than once to win it.” That is certainly true in the marriage wars and in any of the other great cultural battles of our time. The fight for the protection of the unborn is another such battle.

Recall that it took Wilberforce and his team many decades of hard work, struggle, prayer and exertion before they won on the slavery battle. So too it must be for us today and the battles we face. And given the nature of those opposed to us, we must realise that our fights for what is right will be ongoing until we die, or until the Lord returns.

And for my purpose now, by leftward I mean a move primarily to a secular, anti-God and anti-morality position. This we see in so many places, be it with the election just held in Canada, the major disaster of Obama in the US, or the recent backstabbing done in Australia’s conservative party.

I am not a fatalist and I do not think that all of this move away from God and morality to unbelief and immorality is going to prevail. However, when asked about how I see the West and its future, I always say that in the short term it looks terrible, but in the long term things may possibly turn around.

If the Lord should tarry – and he may well – we have work to do. We as believers must immediately suspend the unbiblical notion that we should simply sit around with our bags packed and our feet up, just waiting for the Lord’s return. Might Jesus come back today? Sure.

But perhaps he will not return for another decade, or century, or longer. That means we have a job to do – a big one. Jesus said “Occupy till I come”. That we must do. And to have any sort of lasting contribution to the work of the Kingdom, we must think in terms of the bigger picture and the longer term.

Just praying that your next door neighbour becomes a Christian is great, but is not nearly enough. We must fight on all fronts, including the cultural, social, political and intellectual. We have a culture to protect, not just individuals to save. For all its faults, Western civilisation – which was for centuries synonymous with Christian civilisation – has been a tremendous good and blessing.

We are now seeing it be destroyed before our very eyes. What took centuries to develop is being smashed in mere years. I for one will not stand by as this happens. And I must remind my Christian friends of how momentous it really is if we allow the culture to crumble.

Culture is important, and God gave us a cultural mandate back in Genesis 1:26-28. We should not sit back so cavalierly as we watch it being massacred by those who hate God and his values. Despite its shortcomings, some cultures are worth preserving and protecting.

If we allow our culture to be destroyed by the radicals and barbarians of the secular left, and if the Lord should tarry, we will then have a huge job on our hands of reconstructing it. I have spoken often about this elsewhere, and I have often quoted T. S. Eliot about all this.

Let me finish my discussion by quoting from him again – from his 1948 Notes Towards the Definition of Culture – as we remind ourselves of the need to always view the big picture and the long term:

I am talking about the common tradition of Christianity which has made Europe what it is and about the common cultural elements which this common Christianity has brought with it. If Asia were converted to Christianity tomorrow, it would not thereby become a part of Europe. It is in Christianity that our arts have developed; it is in Christianity that the laws of Europe have – until recently – been rooted. It is against a background of Christianity that all our thought has significance. An individual European may not believe that the Christian Faith is true, and yet what he says, and makes, and does, will all spring out of his heritage of Christian culture and depend upon that culture for its meaning. Only a Christian culture could have produced a Voltaire or a Nietzsche. I do not believe that the culture of Europe could survive the complete disappearance of the Christian faith. And I am convinced of that, not merely because I am a Christian myself, but as a student of social biology. If Christianity goes, the whole of our culture goes. Then you must start painfully again, and you cannot put on a new culture ready made. You must wait for the grass to grow to feed the sheep to give the wool out of which your new coat will be made. You must pass through many centuries of barbarism. We should not live to see the new culture, nor would our great-great-great-grandchildren: and if we did, not one of us would be happy in it. To our Christian heritage we owe many things beside religious faith. Through it we trace the evolution of our arts, through it we have our conception of Roman Law which has done so much to shape the Western World, through it we have our conceptions of private and public morality. And through it we have our common standards of literature, in the literature of Greece and Rome. The Western world has its unity in this heritage, in Christianity and in the ancient civilisations of Greece, Rome, and Israel, from which owing to two thousand years of Christianity, we trace our descent.