Everywhere in the West today we see the decline of the great universities, and the death of education in general. Instead of proper teaching and learning, we find indoctrination, propaganda, political correctness, and grown up cry babies who throw hissy fits about everything that does not strike their fancy.

We have managed to totally turn education on its head. It used to be primarily a case of preparing young men and women for responsible lives and careers in society, and to polish up their character as well. The truth is, the Judeo-Christian worldview gave rise to modern education and the great universities. 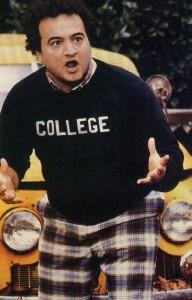 Indeed, many of the great American universities began as places to prepare Christian pastors and missionaries. Simply looking at the mottoes of some of the great US institutions of learning demonstrates this. Consider just a few:

-Harvard University, founded in 1636, had this as its original motto: Veritas Christo et Ecclesiae (Truth for Christ and for the Church).

-Princeton University, founded in 1746: Dei Sub Numine Viget (Under the Protection of God She Flourishes)

That was once what education was all about. But now most institutions of higher learning have been gutted by secular left activism, political correctness, and a generation of spoiled brats who think they are owed a living by the rest of society.

As Mark Steyn lamented in After America (2011): “The massive expansion of American education is evidence not of progress but of its exact opposite – its decay into ideological factory farms. It’s a progressive 4-H: Hogwash, Hypersensitivity, Habituation, Homogeneity – for the price of which you wind up in Hock.”

Over at Dennis Prager’s Prager University, this question is asked: “What in the world happened to the liberal arts? A degree in the humanities used to transmit the knowledge and wisdom imbued in the works of great Western artists, writers, musicians and thinkers like Shakespeare and Mozart. But today, that same degree stresses Western racism, sexism, imperialism, and other ills and sins that reinforce a sense of victimhood and narcissism.”

A terrific five-minute response to this question can be found here: www.prageru.com/courses/political-science/who-killed-liberal-arts

Entire libraries are filled with volumes documenting the decline of Western education and the meltdown of our universities. Some offer possible solutions to the dismal state of affairs we find ourselves in. But one short, terrific response was recently offered by the president of a small Christian liberal arts college in America.

Dr. Everett Piper of Oklahoma Wesleyan University wrote this must read piece entitled, “This is Not a Day Care. It’s a University!” It is well worth offering in full:

This past week, I actually had a student come forward after a university chapel service and complain because he felt “victimized” by a sermon on the topic of 1 Corinthians 13. It appears that this young scholar felt offended because a homily on love made him feel bad for not showing love! In his mind, the speaker was wrong for making him, and his peers, feel uncomfortable.
I’m not making this up. Our culture has actually taught our kids to be this self-absorbed and narcissistic! Any time their feelings are hurt, they are the victims! Anyone who dares challenge them and, thus, makes them “feel bad” about themselves, is a “hater,” a “bigot,” an “oppressor,” and a “victimizer.”
I have a message for this young man and all others who care to listen. That feeling of discomfort you have after listening to a sermon is called a conscience! An altar call is supposed to make you feel bad! It is supposed to make you feel guilty! The goal of many a good sermon is to get you to confess your sins—not coddle you in your selfishness. The primary objective of the Church and the Christian faith is your confession, not your self-actualization!
So here’s my advice:
If you want the chaplain to tell you you’re a victim rather than tell you that you need virtue, this may not be the university you’re looking for. If you want to complain about a sermon that makes you feel less than loving for not showing love, this might be the wrong place.
If you’re more interested in playing the “hater” card than you are in confessing your own hate; if you want to arrogantly lecture, rather than humbly learn; if you don’t want to feel guilt in your soul when you are guilty of sin; if you want to be enabled rather than confronted, there are many universities across the land (in Missouri and elsewhere) that will give you exactly what you want, but Oklahoma Wesleyan isn’t one of them.
At OKWU, we teach you to be selfless rather than self-centered. We are more interested in you practicing personal forgiveness than political revenge. We want you to model interpersonal reconciliation rather than foment personal conflict. We believe the content of your character is more important than the color of your skin. We don’t believe that you have been victimized every time you feel guilty and we don’t issue “trigger warnings” before altar calls.
Oklahoma Wesleyan is not a “safe place”, but rather, a place to learn: to learn that life isn’t about you, but about others; that the bad feeling you have while listening to a sermon is called guilt; that the way to address it is to repent of everything that’s wrong with you rather than blame others for everything that’s wrong with them. This is a place where you will quickly learn that you need to grow up!
This is not a day care. This is a university!

Amen to that Dr Piper. Everywhere we see whiny babies throwing temper tantrums on campus, demonstrating and rioting over the most ludicrous and banal of matters. We have managed to raise an entire generation of spoiled brats and narcissists who simply exist to be entertained, coddled, amused and catered for.

The long-standing idea of education being a place not only of learning but of moral development is now almost gone. But all the great minds of the past knew that knowledge without ethics is a dangerous road to be on. As Aristotle once put it: “Educating the mind without educating the heart is no education at all.”

Theodore Roosevelt said this: “To educate a child in the mind and not in morals is to educate a menace to society.” And C. S. Lewis was quite right to write: “Education without values, as useful as it is, seems rather to make man a more clever devil.” Or as George Will put it more recently: “All education is moral because learning conditions conduct.”

As another president of another Christian university put it, in a discussion about Lewis, morality, and education:

In America, biblical morality was accepted as central to educating the whole person. That is what Noah Webster, author of our Dictionary and founder of a historic university, meant when he wrote “Education is useless without the Bible.”
An understanding of natural law that flows from our Creator is our birthright as Americans. It is what our Founders meant when they appealed to “the laws of nature and nature’s God” to declare our independence, and when they declared that our rights were “endowed by our Creator.”
Our future as a free people depends on rediscovering these truths and restoring them to the elementary, secondary and higher education classrooms of America – quickly.

But that is almost all lost now, with education cut loose from the moorings of morality and absolute truth, and left to drift in a sea of relativism, pragmatism, political correctness and a juvenile grievance and victimisation culture. That my friends is a recipe for disaster.

8 Replies to “PC, Whiny Babies, and the Death of Education”