And a study by the former Australian Broadcasting Authority found that almost half of Australian children who use computers have been exposed to pornography on the Internet. They usually stumble upon the objectionable material while searching for something else, or by unsolicited emails. The study says this happens even though 84 per cent of parents supervise their children’s Internet use. 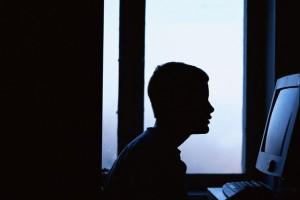 But let’s put a human face to all this. Consider for example this tragic case from the UK:

A 13-year-old boy told a UK court that he raped his 8-year-old sister after viewing pornography at his friend’s house. The teenager told police he “decided to try it out” on his sister because she was small and “couldn’t remember stuff,” reported the Lancashire Telegraph. The boy, who cannot be named for legal reasons, pleaded guilty on Monday in a Magistrates Court to rape, indecent assault, and inciting a minor to perform a sexual act on him. The boy has been released on bail to live with his family while his sister is receiving support from specialist officers.

However we sadly have many other similar cases of this occurring. The same article goes on to say this:

But the 13-year-old rapist is not an isolated incident. There have been numerous cases in recent years in which children acted out what they saw in pornography.
-November 2013: A different 13-year old UK boy pleaded guilty to raping an eight-year old girl when he was 10. A pornography addiction since age 9 was said to have played a significant role in his crimes.
-March 2013: Two boys aged 14 and 15 admitted to a British court that they were re-enacting scenes witnessed in violent online pornography when they beat, brutalized, then raped a 14-year-old girl they had tied to a chair.
-March 2013: A UK report found that thousands of British children had committed sexual offenses. In all, 4,562 minors – some as young as five – committed 5,028 sexual offenses over a three year period from 2009-2012. Experts blamed “easy access to sexual material.”
-January 2012: Children’s aid and sex abuse organizations in Australia largely blamed 414 cases of children sexually abusing other children on the explosion of pornography made accessible to children.
-August 2012: A 13-year-old Canadian boy pleaded guilty to repeatedly raping a 4-year-old boy who lived in his foster home. The boy said the idea came from watching “gay porn” on his foster parents’ home computer.
-April 2012: A child therapist reported a case of a 13-year-old boy who raped his 5-year-old sister after developing a “complex fantasy world” warped by “two years of constant porn use.”

Liz Walker was only six years old when an older girl from up the street squashed in next to her on the school bus and excitedly whispered “Hey do you want to see something?” It was a magazine she found under her brother’s bed and full of graphic pornography. “I felt this sense of disgust, but also arousal,” Ms Walker remembers. “I was catapulted into an awareness of my sexuality I wasn’t ready for. In my six-year-old brain I thought that’s what you had to do to get noticed.”
She started looking at porn every afternoon after school, and trying out the scenarios she saw on other children. Her early sexualisation saw her lose her virginity at 12 and have multiple sexual partners during her teens. “I was seeking out those sexual interactions wherever I could because I had been conditioned to think that’s what women did,” Ms Walker recalls. “I had a reputation as a slut from a very young age.”
She ended up binge drinking and taking drugs to cover up her “emotional deficit”, and spent her late teens and early 20s in and out of psychiatric wards. And she attributes it to that fateful morning on the school bus. “It was all because of seeing that porn once. Before that I’d had no sexual awareness, I had a healthy home environment, there were no other contributing factors.”

Right now there is a federal inquiry into this subject. You have one more month to put in a submission. Please do, no matter how short. Our children need protection. See here for details: www.aph.gov.au/Parliamentary_Business/Committees/Senate/Environment_and_Communications/Online_access_to_porn

2 Replies to “Children and Pornography”