This title may seem a bit odd, and there would be some good reasons for that I suppose. Firstly, most people – in the West at least – are likely more concerned about what sort of coffee they might buy than what religion they may choose. And of course most folks simply pick up their religion from their parents.

Far fewer folks will question what they inherited from birth, and carefully seek out what religion or worldview to run with. As Francis Schaeffer once put it, most people catch their worldviews like they do German measles – quite by accident in other words.

Moreover, many people will not choose a religion because they foolishly think all religions are the same. But the only people who make that claim are those who know nothing about religion. The more you study the major world religions, the more you see how very different they are. 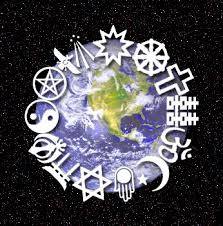 For example, there are as many as 330 million different gods in Hinduism. However you can be a Buddhist and not even believe in God. Let me offer just one more example, this time between Islam and Christianity. But let me preface it by reminding you of one of the most important principles of basic logic.

And it goes even further than this: according to Christianity, Jesus died on a cross for our sins and rose from the dead. According to Islam Jesus did not die on a cross and rise from the dead. Again, both cannot be true. One at least must be false. So in choosing a religion, you look at the truth claims being made by each, and then assess, compare, and contrast.

I have often said that in one sense all this is a bit like shopping for a new car. What do you do when you want to buy a new car? You investigate, you shop around, you compare cars, and prices, and so on. You weigh up the evidence and options. You see which one best will suit your needs.

So what should you look for when choosing a religion or a worldview? Well, as Norman Geisler says, a good worldview has to deal with these issues:
1- the nature of God (metaphysics)
2- the nature of reality, being (ontology)
3- the question of origin and destiny of man (anthropology)
4- the problem of pain and evil (ethics)
5- the question of how we know (epistemology)

Or as Charles Colson puts it, every worldview must answer three sets of questions:

-Where did we come from? Who are we? (creation)
-What has gone wrong with the world? (fall)
-What can we do to fix it? (redemption)

Consider for example how one worldview, the secular religion of Marxism, deals with such matters. Marxism has its own concepts of sin and salvation and the like:

The fall and sin = the division of labour, class divisions, management versus worker, etc.
Salvation = class struggle and revolution, to end the class system and destroy the bourgeoisie
Prophets = Marx, Lenin, Stalin, etc
Holy books = Das Capital, The Communist Manifesto
The elect = the proletariat
The Kingdom = a classless society run by workers with no more division of labour, etc.

Marx had it partially right. Alienation is a real problem. But he just dealt with economic alienation: workers being alienated from the means of production, etc. But of course the real alienation is spiritual. We are alienated from God which results in all the other alienations; alienation from others, from self, from creation.

Because he had a faulty worldview, it was an incomplete and defective worldview. Indeed, a good worldview or religion will demonstrate these two major characteristics:

Islam can be examined in this light. For example it holds to an extreme fatalism. Everything that happens is Allah’s direct will. Islam means submission, and all we are to do is fully submit to Allah and his will. On the other hand there are various religious duties the Muslim is to perform.

But at the end of the day the Muslim will never know if he has been accepted by Allah or rejected by him (dying in jihad being the only exception – the only guarantee of entering paradise). He can recite the creed, say the prayers, give the alms, make the pilgrimage, and so on, but at the end of the day it is arbitrarily up to Allah who he will accept and who he will cast into hell. There seems to be a real disconnect here.

The religion of atheism is pretty much in the same boat. People like Dawkins can go on and on all they want about how there really is no good and evil. As he said, “The universe we observe has precisely the properties we should expect if there is, at bottom, no design, no purpose, no evil and no good, nothing but blind, pitiless indifference. As that unhappy poet A.E. Housman put it: ‘For Nature, heartless, witless Nature. Will neither care nor know.’ DNA neither cares nor knows. DNA just is. And we dance to its music.”

Um, yeah, sounds good, but…. The truth is, every day Dawkins rails against what he considers to be evil: religion, religious education, religious fundamentalism, and so on. So on the one hand he tells us there is no good and evil, but on the other hand he keeps on telling us about what he thinks is evil (religion) while imploring us to accept what he thinks is good (atheism).

Sorry, but you cannot have it both ways. It has to be one or the other. Either good and evil do not exist or they do. Make up your mind. But logical consistency is not always a strong suit of the militant atheist. So we may need to think again in terms of adopting this worldview.

Second, a good worldview or religion should correspond with the actual world we live in. That is, it should be experientially relevant. It should make sense to the way we live. Just as a good roadmap corresponds with the way the road is, so should a good religion.

It should fit the facts of reality. It should make sense of the world we live in. Many religions seem to be decidedly at odds with reality. Consider the Eastern religions and their view of evil. Generally good and evil are seen as two sides of the same coin: yin and yang. Evil is said to be an illusion, or maya.

Thus we must transcend the world of good and evil and go beyond such false distinctions. But this does not fit with reality very well. If I start kicking someone in the shins, he can say he will simply transcend all this, and not admit to real evil. Well, good luck with that. He will still end up with a very painful leg. Evil is real no matter how much we pretend it is not.

As another example, the religions of the East tend to denigrate what they call Western logic. They say that basic logical principles do not apply to their worldview. Once again, this may sound good in theory, but it does not go down very well in practice.

For example, if a Hindu is standing on train tracks and sees a train rapidly approaching, he more than likely will jump off the tracks. How come? Because he is thinking exactly in terms of cold, hard logic: ‘Either I stay on these tracks and get smashed to smithereens, or I jump off pronto and save my life.’ That is logical thinking 101.

So we need to think carefully and wisely about religions. They are not all the same, and some are clearly better than others. And some seem to fit the tests of a good worldview far better than others. Given that religion usually deals with things like life and death and matters of eternity, it is imperative that we get it right as we examine the various religions and assess their various truth claims.

Before I became a Christian I was on a real search. I tried out many of the alternative religions on offer. None seemed to stand up, and at the end of the day it became clear that Christianity was the one religion that fits the world I lived in, that was internally consistent, that was true, and that made the most sense of my life, my problems, and my needed solutions.

I encourage all those who have not yet taken part in such a search to do so now. And remember that the main thing that matters is this test: Is it true? The issue is not whether it sounds nice, or fits your preconceived prejudices, but whether it in fact is true.

On the issue of truth and its importance I urge you to look here: billmuehlenberg.com/2013/09/25/the-importance-of-truth/

Jesus Christ is the one who said, “I am the way, the truth and the life” (John 14:6). I invite you to investigate his life and his claims more closely. Start by reading the Gospel of John or the Gospel of Mark. You will forever be grateful you did.

My companion piece, “On Assessing a Religion” can be found here: billmuehlenberg.com/2016/04/27/on-assessing-a-religion/

6 Replies to “On Choosing a Religion”