And I have provided plenty of examples of this. Just yesterday in my article on America’s Fourth of July I featured a video of college students being asked what the day was all about. Most of the responses were utterly woeful, and indicate just how successful this war on history and education has been.

George Orwell had it exactly right when he said this: “The most effective way to destroy people is to deny and obliterate their own understanding of their history.” While there are of course notable exceptions, I cringe over the current generation of Westerners who seem to know next to nothing of their own history. 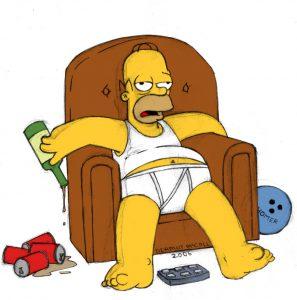 And along with that is the complete inability of most young people today to think critically, to logically assess, and to rationally engage with the issues of the day. Most people today simply emote their way through life. Their feelings determine how they respond to all the crucial matters being discussed and debated.

That is why so many folks are now voting with their feet and going elsewhere – millions for example are home-schooling. That is why conservative evangelical schools like Patrick Henry College near Washington DC are doing so well. That is why private and independent schools are thriving.

That is one way to fight back. But unless public education itself is reclaimed and taken out of the hands of the radicals and secular leftists we are pretty well goners in the West. But this will not be easy. Indeed, it will take decades and longer to achieve – if it is at all achievable.

But recall that it only took a few short decades for the radicals to subvert and take over public education. A committed handful of radicals made it their aim to capture the institutions of power and influence – of which education is a major part. This is what we call cultural Marxism, and this has been very successful. And I should know, since I was once a part of this revolutionary movement.

So what was done by an active minority over a short period of time can perhaps be reversed. But we will need the same commitment and dedication which the radicals on the left had. And even before that, we must be aware of the magnitude of the problem.

Thankfully I am not alone in such concerns about the frightful state of Western education. Many others have lamented this dangerous and downward trend in education. One academic to recently sound the alarm in a powerful and timely fashion is Patrick Deneen of Notre Dame in the US.

He has also taught at Princeton University and Georgetown University, and he is shocked at the tragic state of learning in American schools. He pulls no punches as he lays out his case. He begins:

My students are know-nothings. They are exceedingly nice, pleasant, trustworthy, mostly honest, well-intentioned, and utterly decent. But their brains are largely empty, devoid of any substantial knowledge that might be the fruits of an education in an inheritance and a gift of a previous generation. They are the culmination of western civilization, a civilization that has forgotten nearly everything about itself, and as a result, has achieved near-perfect indifference to its own culture.

He praises these top students at these top schools, but is dismayed at their basic lack of knowledge and lack of learning:

But ask them some basic questions about the civilization they will be inheriting, and be prepared for averted eyes and somewhat panicked looks. Who fought in the Peloponnesian War? Who taught Plato, and whom did Plato teach? How did Socrates die? Raise your hand if you have read both the Iliad and the Odyssey. The Canterbury Tales? Paradise Lost? The Inferno?
Who was Saul of Tarsus? What were the 95 theses, who wrote them, and what was their effect? Why does the Magna Carta matter? How and where did Thomas Becket die? Who was Guy Fawkes, and why is there a day named after him? What did Lincoln say in his Second Inaugural? His first Inaugural? How about his third Inaugural? What are the Federalist Papers?
Some students, due most often to serendipitous class choices or a quirky old-fashioned teacher, might know a few of these answers. But most students have not been educated to know them. At best, they possess accidental knowledge, but otherwise are masters of systematic ignorance. It is not their “fault” for pervasive ignorance of western and American history, civilization, politics, art and literature. They have learned exactly what we have asked of them – to be like mayflies, alive by happenstance in a fleeting present.

He explains why this has come about:

Our students’ ignorance is not a failing of the educational system – it is its crowning achievement. Efforts by several generations of philosophers and reformers and public policy experts — whom our students (and most of us) know nothing about — have combined to produce a generation of know-nothings. The pervasive ignorance of our students is not a mere accident or unfortunate but correctible outcome, if only we hire better teachers or tweak the reading lists in high school. It is the consequence of a civilizational commitment to civilizational suicide. The end of history for our students signals the End of History for the West.

Our students are the achievement of a systemic commitment to producing individuals without a past for whom the future is a foreign country, cultureless ciphers who can live anywhere and perform any kind of work without inquiring about its purposes or ends, perfected tools for an economic system that prizes “flexibility” (geographic, interpersonal, ethical).
In such a world, possessing a culture, a history, an inheritance, a commitment to a place and particular people, specific forms of gratitude and indebtedness (rather than a generalized and deracinated commitment to “social justice”), a strong set of ethical and moral norms that assert definite limits to what one ought and ought not to do (aside from being “judgmental”) are hindrances and handicaps.

I love my students – like any human being, each has enormous potential and great gifts to bestow upon the world. But I weep for them, for what is rightfully theirs but hasn’t been given. On our best days, I discern their longing and anguish and I know that their innate human desire to know who they are, where they have come from, where they ought to go, and how they ought to live will always reassert itself. But even on those better days, I can’t help but hold the hopeful thought that the world they have inherited – a world without inheritance, without past, future, or deepest cares – is about to come tumbling down, and that this collapse would be the true beginning of a real education.

Some words of C. S. Lewis on learning and history are well worth closing with here. They are taken from a sermon he delivered in Oxford on October 22nd 1939 called “Learning in Wartime”:

If all the world were Christian it might not matter if all the world were uneducated. But, as it is, a cultural life will exist outside the Church whether it exists inside or not. To be ignorant and simple now—not to be able to meet the enemies on their own ground—would be to throw down our weapons, and to betray our uneducated brethren who have, under God, no defence but us against the intellectual attacks of the heathen. Good philosophy must exist, if for no other reason, because bad philosophy needs to be answered. The cool intellect must work not only against cool intellect on the other side, but against the muddy heathen mysticisms which deny intellect altogether. Most of all, perhaps, we need intimate knowledge of the past. Not that the past has any magic about it, but because we cannot study the future, and yet need something to set against the present, to remind us that the basic assumptions have been quite different in different periods and that much which seems certain to the uneducated is merely temporary fashion. A man who has lived in many places is not likely to be deceived by the local errors of his native village; the scholar has lived in many times and is therefore in some degree immune from the great cataract of nonsense that pours from the press and the microphone of his own age.