I was recently reminded that one of my favourite prophetic voices of last century, Francis Schaeffer (1912-1984), in one of his volumes utilised some of the most well-known prophetic books in the Old Testament. So I hastily went to my shelves, grabbed the thin book, blew off the dust, and read it once again.

And I am so glad I did. I refer to his very important book, Death in the City (IVP, 1969). The material in this book is actually based on a week-long series of lectures he gave at Wheaton College in Chicago in 1968. The talks centred on Jeremiah, Lamentations, and Romans 1 – a heavy duty combination indeed – and how they relate to the West.

Those who know me and my writings know that I often speak about the West in terms of being past its use by date, and now seemingly under the judgment of God. Yet here was Schaeffer a full half century ago saying the same thing and making prophetic warnings about it. 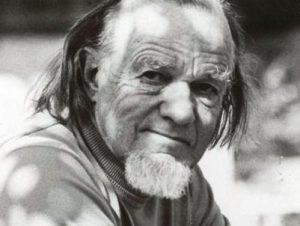 Romans 1 of course speaks about God abandoning a people (see verses 18-32), while Jeremiah and Lamentations warn about and bemoan the fact that God is judging his people, with the seemingly inviolate temple and city of Jerusalem both being utterly destroyed by Israel’s enemies.

It is in that light that Schaeffer examines the contemporary West, and sees no other option than to say we too are under the just judgment of God. The entire 143-page book is a must read, but let me try to distil some of the highlights here for you.

The book begins with these trenchant words: “We live in a post-Christian world.” He details the enormity of what this means and then says: “Do not take this lightly! It is a horrible thing for a man like myself to look back and see my country and my culture go down the drain in my own lifetime.”

The West has abandoned its spiritual heritage and is now wallowing in sin, immorality and apostasy. “There is only one perspective we can have of the post-Christian world of our generation: an understanding that our culture and our country is under the wrath of God.”

This is serious business: “Do you think our country can remain as it has been, after it has thrown away the Christian base? Do not be foolish. Jeremiah would have looked at you and said, ‘You do not have the correct perspective. You should be crying’.”

How should believers respond today? We must pronounce hard truths to wake up a dead culture and a dead church: “Our generation needs to be told that man cannot disregard God, that a culture like ours has had such light and then has deliberately turned away stands under God’s judgment. There’s only one kind of preaching that will do in a generation like ours – preaching which includes the preaching of the judgment of God.”

He cites Jeremiah 1:10 then explains:

Notice the order. First, there was to be a strong negative message, and then the positive one. But the negative message was first. It was to be a message of judgment to the church which had turned away and to the culture which flowed from it. Judah had revolted against God and His revealed truth; and God says that Jeremiah’s message was to be first a message of judgment. I believe the same message is to be ours today. Christianity is not romantic, not soft. It is tough-fibered and realistic. And the Bible gives us the realistic message that Jeremiah preached into his own days, a message I am convinced the church today must preach if it is to be any help in the post-Christian world.

Instead of soft, syrupy and sentiment preaching, we need powerful, Holy Ghost-inspired preaching, one that takes our condition seriously. Says Schaeffer:

A negative message is needed before anything positive can begin. There must first be the message of judgment, the tearing down. There are times, and Jeremiah’s day and ours are such times, when we cannot expect a constructive revolution if we begin by overemphasizing the positive message. People often say to me, What would you do if you met a really modern man on a train and you had just an hour to talk to him about the gospel? I would spend forty-five or fifty minutes on the negative, to show him his real dilemma—to show him that he is more dead than even he thinks he is; that he is not just dead in the twentieth-century meaning of dead (not having significance in life) but that he is morally dead because he is separated from the God who exists. Then I would take ten or fifteen minutes to tell him the gospel. And I believe this usually is the right way for the truly modern man, for often it takes a long time to bring a man to the place where he understands the negative. And unless he understands what is wrong, he will not be ready to listen to and understand the positive. I believe that much of our evangelistic and personal work today is not clear simply because we are too anxious to get the answer without having a man realize the real cause of his sickness, which is true moral guilt (and not just psychological guilt feelings) in the presence of God. But the same is true in a culture. If I am going to speak to a culture, such as my culture, the message must be the message of Jeremiah. It must be the same in both private and public discourse.

Speaking truth in this way will be costly and it will be painful. But it must be done: “We must realize that to know the truth and to practice it will be costly . . . We must keep on speaking and acting even if the price is high. We must keep on preaching, even if the price is high. There is nothing in the Bible that says we are to stop. The Bible rather says, keep on, keep on.”

It will be just as hard for us as it was for Jeremiah:

Men haven’t changed, not one bit. For a man to think that he can preach the Word of God today and not experience the true price of the cross of Christ in the sense of not being accepted by the culture … any man who thinks he can speak truly of the things of God today into such a culture as our own and not have such words spoken against him is foolish. It is not possible. … To think one can give the Christian message and not have the world with its monolithic post-Christian culture bear down on us is not to understand the fierceness of the battle in such a day as Jeremiah’s or such a day as our own.

To tie all this together, let me finish with two more quotes from the book. Early on in the book he offered us the big picture:

The church in our generation needs reformation, revival, and constructive revolution. At times men think of the two words reformation and revival as standing in contrast one to the other, but this is a mistake. Both words are related to the word restore. Reformation refers to a restoration to pure doctrine; revival refers to a restoration in the Christian’s life. Reformation speaks of a return to the teachings of Scripture; revival speaks of a life brought into its proper relationship to the Holy Spirit.
The great moments of church history have come when these two restorations have simultaneously come into action so that the church has returned to pure doctrine and the lives of the Christians in the church have known the power of the Holy Spirit. There cannot be true revival unless there has been reformation; and reformation is not complete without revival.
Such a combination of reformation and revival would be revolutionary in our day – revolutionary in our individual lives as Christians, revolutionary not only in reference to the liberal church but constructively revolutionary in the evangelical, orthodox church as well. May we be those who know the reality of both reformation and revival, so that this poor dark world may have an exhibition of a portion of the church returned to both pure doctrine and Spirit-filled life.

And toward the end of the book he reminds the individual believer how he should live:

Christianity is not just a mental assent that certain doctrines are true – not even that the right doctrines are true. This is only the beginning. This would be rather like a starving man sitting in front of great heaps of food and saying, “I believe the food exists; I believe it is real,” and yet never eating it. It is not enough merely to say, “I am a Christian,” and then in practice to live as if present contact with the supernatural were something far off and strange. Many Christians I know seem to act as though they come in contact with the supernatural just twice – once when they are justified and become a Christian and once when they die. The rest of the time they act as though they were sitting in the materialist’s chair.

Only a totally transformed life, coupled with a fearless proclamation of the truth, can make an impact on a post-Christian culture.

19 Replies to “Francis Schaeffer, the West, and God’s Judgment”