Plenty of concerned Christian leaders, – men such as Leonard Ravenhill, Ray Comfort and Paul Washer – have long noted how the gospel presentation so many evangelicals offer today is a far cry from that which is found in the Bible. Our offers of the gospel tend to differ markedly from that of Jesus and the early disciples.

Today we speak about accepting Christ or asking him into our heart or having a personal relationship with Jesus. These phrases and concepts have some truth to them, but they are often far too lean and vacuous to do much good – they certainly do not summarise the biblical call for faith, repentance and a life surrendered to Christ.

We have watered down the gospel message, in other words, and therefore the way we present it to sinners is watered down as well. So we are selling people short, and worse yet, we may be misleading many into thinking they are part of Christ’s Kingdom when in fact they are not. 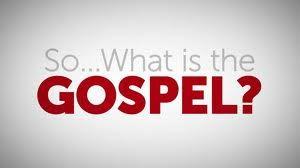 Too often a once-off altar call is seen as the be all and end all of Christian salvation. But an emotional reaction decades ago is not what biblical conversion is all about. A changed life is. Too often folks will sing a dozen choruses of “Just As I Am” and leave a gospel meeting just as they were.

As mentioned, many concerned Christians have challenged the modern gospel understanding and gospel presentation. For example, I have spoken elsewhere about the important 1970 book by Walter Chantry, Today’s Gospel: Authentic or Synthetic? See here: billmuehlenberg.com/2014/09/14/carnal-christians/

Today I want to run with a few more Christian leaders who have spoken to this. One of them died over 50 years ago and one of them wrote a piece on this topic just today. The former is the great A. W. Tozer. He of course constantly spoke about the God-centred biblical gospel as opposed to the man-centred modern gospel.

Let me share just one of his writings on this. In the 1964 book That Incredible Christian, we have a collection of his writings, and in it we have chapter 3: “What It Means to Accept Christ”. He reminds us that there is nothing more important than making sure we got this issue right. Here is a part of this vital chapter:

Being spiritually lazy we naturally tend to gravitate toward the easiest way of settling our religious questions for ourselves and others; hence the formula “Accept Christ” has become a panacea of universal application, and I believe it has been fatal to many. Though undoubtedly an occasional serious-minded penitent may find in it all the instruction he needs to bring him into living contact with Christ, I fear that too many seekers use it as a short cut to the Promised Land, only to find that it has led them instead to “a land of darkness, as darkness itself; and of the shadow of death, without any order, and where the light is as darkness.”
The trouble is that the whole “Accept Christ” attitude is likely to be wrong. It shows Christ applying to us rather than us to Him. It makes Him stand hat-in-hand awaiting our verdict on Him, instead of our kneeling with troubled hearts awaiting His verdict on us. It may even permit us to accept Christ by an impulse of mind or emotions, painlessly, at no loss to our ego and no inconvenience to our usual way of life.
For this ineffectual manner of dealing with a vital matter we might imagine some parallels; as if, for instance, Israel in Egypt had “accepted” the blood of the Passover but continued to live in bondage, or the prodigal son had “accepted” his father’s forgiveness and stayed on among the swine in the far country. Is it not plain that if accepting Christ is to mean anything there must be moral action that accords with it?
Allowing the expression “Accept Christ” to stand as an honest effort to say in short what could not be so well said any other way, let us see what we mean or should mean when we use it.
To accept Christ is to form an attachment to the Person of our Lord Jesus altogether unique in human experience. The attachment is intellectual, volitional and emotional. The believer is intellectually convinced that Jesus is both Lord and Christ; he has set his will to follow Him at any cost and soon his heart is enjoying the exquisite sweetness of His fellowship.
This attachment is all-inclusive in that it joyfully accepts Christ for all that He is. There is no craven division of offices whereby we may acknowledge His Saviourhood today and withhold decision on His Lordship till tomorrow. The true believer owns Christ as his All in All without reservation. He also includes all of himself, leaving no part of his being unaffected by the revolutionary transaction.
Further, his attachment to Christ is all-exclusive. The Lord becomes to him not one of several rival interests, but the one exclusive attraction forever. He orbits around Christ as the earth around the sun, held in thrall by the magnetism of His love, drawing all his life and light and warmth from Him. In this happy state he is given other interests, it is true, but these are all determined by his relation to his Lord.
That we accept Christ in this all-inclusive, all-exclusive way is a divine imperative. Here faith makes its leap into God through the Person and work of Christ, but it never divides the work from the Person. It never tries to believe on the blood apart from Christ Himself, or the cross or the “finished work.” It believes on the Lord Jesus Christ, the whole Christ without modification or reservation, and thus it receives and enjoys all that He did in His work of redemption, all that He is now doing in heaven for His own and all that He does in and through them.
To accept Christ is to know the meaning of the words “as he is, so are we in this world” (1 John 4:17). We accept His friends as our friends, His enemies as our enemies, His ways as our ways, His rejection as our rejection, His cross as our cross, His life as our life and His future as our future.
If this is what we mean when we advise the seeker to accept Christ we had better explain it to him. He may get into deep spiritual trouble unless we do.

The brand new article on this comes from Matt Walsh. He speaks about how we can carelessly throw around the phrase, ‘having a personal relationship with Jesus’. For some it can become an excuse for carnality and disobedience, and cover a multitude of sins.

He notes how many offer the biblically false idea that a relationship with Christ precludes having to worry about rules, regulations, obedience, and keeping Christ’s commands. But both always go together. He writes:

No, the Bible never mentions our “personal relationship” explicitly, neither did the Apostles use the catchphrase when they were out converting the masses, but a similar idea was expressed many times in Scripture. In James, for instance: “Draw near to God and He will draw near to you.” Or in Jude: “Keep yourselves in the love of God.” Or by Jesus Himself: “If anyone loves me, he will keep my word, and my Father will love him, and we will come to him and make our home with him.”
Indeed, the entire New Testament is the story of Jesus coming to Earth as a person and sacrificing Himself so that we could have salvation. The Bible tells us of a personal God so desperate to bring us into eternal life that He sent His son as an atoning sacrifice for our sins. It’s clear that God wants an intimate connection with us, and that can only begin when we realize our need for Him and develop a deep desire to know and serve Him.
And therein lies the “personal relationship,” if you want to put it that way. Or you could put it as St. Augustine did: “Thou hast made us for thyself, O Lord, and our heart is restless until it finds its rest in thee.” Maybe we came up with “personal relationship with Jesus” because we’re not as poetic or eloquent as the early Christians. It seems we often look for blander and broader language to convey the same ancient ideas. But however we phrase it, we do in fact need a personal relationship — an intimate connection, a deep bond, a true union — with Jesus. My friend was right about that much, at least.
The problem arises when we think we can have the relationship on our own terms; when we forget who is the master and who is the servant; when we get confused about who is the Father and who is the child; when we emphasize “my” and not “Jesus,” as if we’re the ones calling the shots. Notice that whenever the Bible talks about you and me, it uses terms like children, sheep, disciples, servants. The Lord is the Father, the Shepherd, the Master, the Savior. The relationship — our “personal relationship” — is defined for us, quite helpfully. Our roles are made clear. And we have to fulfill our role or the relationship cannot bear fruit.

And, ultimately, if we really don’t want Jesus — even if we say we do — we won’t get Him. If we don’t want a deep and meaningful relationship with Him, we won’t have it. We can’t have it. Jesus can’t force us to love Him. If we do love Him, we will keep His commandments (John 14:15), or at least try. The moment we give up trying — the moment we throw away His commandments and try to have a “relationship” without them — is the moment we give up on the relationship completely.

There is nothing more important that we must get right than how we are made right with God. If we get that wrong, we get everything wrong.