Biblical truths must always be reaffirmed and re-stated for the simple reason that anti-biblical falsehoods and errors always keep emerging. Since Scriptural truths are constantly being perverted and distorted, there is an ongoing need to refute the errors while affirming biblical orthodoxy.

One such error which has become rather popular of late is what is known as the hyper grace gospel, or the free grace movement. Sometimes it is cast in terms of refuting “lordship salvation” or “works-based salvation”. As with most theological errors, there is an amount of truth involved, but it is mixed with enough falsehood to make it a dangerous doctrine.

And with all biblical truths, there is a fair bit of nuance and complexity involved. Various issues need to be discussed, and discussed carefully. For some background on all this, I have already penned 22 articles on the hyper grace error where you will find much more detail: billmuehlenberg.com/category/theology/the-hyper-grace-message/ 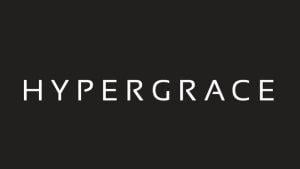 In this case the truth about grace and our free salvation in Christ are confused and twisted enough to cause us some real problems. Yes we are saved by grace through faith alone (Ephesians 2:8-9) and that is what we refer to as justification. But the rest of the Christian life is one in which we are “saved unto good works” (Ephesians 2:10). That is called sanctification. The two must always go together, or there is no real salvation.

The main problem of the hyper grace camp is to either confuse these two separate but related aspects of biblical conversion, or to emphasise the first while downplaying the second, thus ending up with a distorted gospel. But again, I explain all this in great detail in the other articles, so please go there for much more on this.

Here I simply want to draw your attention to some very helpful resources on all this. And by resources I basically mean books. Of course the entire five hundred-year long tradition of Protestant soteriology can be drawn upon here, including that of the Puritans, and so on, but I want to narrow things down here.

I want to simply mention four authors, three of whom have written specifically on the hyper grace teachings. The first did not write directly to this particular teaching, but his words in general certainly touch upon this whole issue. I refer to martyred German Lutheran pastor Dietrich Bonhoeffer who famously spoke about “cheap grace”.

He wrote about this often in his famous 1937 work, The Cost of Discipleship. Let me just offer a few quick quotes from it:

-“Cheap grace is the deadly enemy of our Church. We are fighting today for costly grace.”
-“Cheap grace means the justification of sin without the justification of the sinner.”
-“Cheap grace is the preaching of forgiveness without requiring repentance, baptism without church discipline, Communion without confession, absolution without personal confession. Cheap grace is grace without discipleship, grace without the cross, grace without Jesus Christ, living and incarnate.”
-“The only man who has the right to say that he is justified by grace alone is the man who has left all to follow Christ. Such a man knows that the call to discipleship is a gift of grace, and that the call is inseparable from the grace. But those who try to use this grace as a dispensation from following Christ are simply deceiving themselves.”

But this debate has certainly heated up more recently, especially with folks like Zane Hodges (d. 2008) of Dallas Theological Seminary. He and others were the main promoters of a free grace theology, and deniers of what was referred to as lordship Salvation.

Because this teaching spread far and had some harmful influences, John MacArthur penned two whole volumes to deal with the lordship salvation debate, easy believism, and the free grace teachers. The first one, The Gospel According to Jesus, appeared in 1988. Again, just a few quick quotes here (but the book is filled with many memorable and helpful quotes:

-“Jesus is both Savior and Lord (Luke 2:11), and no true believer would ever dispute that. . . . [Yet some] are putting forth the teaching that it is possible to reject Christ as Lord yet receive him as Savior.”
-“Prior to this century, no serious theologian would have entertained the notion that it is possible to be saved yet see nothing of the outworking of regeneration in one’s lifestyle or behavior.”
-“God’s grace is not a static attribute whereby He passively accepts hardened, unrepentant sinners. Grace does not change a person’s standing before God yet leave His character untouched. . . . Grace is the power of God to fulfill our New Covenant duties (cf. 1 Corinthians 7:19), however inconsistently we obey at times. Clearly, grace does not grant permission to live in the flesh; it supplies power to live in the Spirit. Faith, like grace, is not static. Saving faith is more than just understanding the facts and mentally acquiescing. It is inseparable from repentance, surrender, and a supernatural longing to obey.”

Five years later the controversy was still raging, so he penned another volume to more fully explain these vital matters: Faith Works. Here are a few selections from that book:

-“The gospel call to faith presupposes that sinners must repent of their sin and yield to Christ’s authority. . . . Surrender to Jesus’ lordship is not an addendum to the biblical terms of salvation; the summons to submission is at the heart of the gospel invitation throughout Scripture. Those who criticize lordship salvation like to level the charge that we teach a system of works-based righteousness. Nothing could be further from the truth.”
-“Repentance is not incidental to the gospel. What is the gospel, after all, but a call to repentance (Acts 2:38; 3:19; 17:30)? In other words, it demands that sinners make a change—stop going one way and turn around to go the other (1 Thessalonians 1:9)”
-“It cannot be overemphasized that works play no role in gaining salvation. But good works have everything to do with living out salvation. No good works can earn salvation, but many good works result from genuine salvation. Good works are not necessary to become a disciple, but good works are the necessary marks of all true disciples. God has, after all, ordained that we should walk in them.”

Michael Brown has more recently also penned two books on this, especially given the popularity of Singaporean mega-church pastor Joseph Prince and his teachings on this. A few quotes from his very important 2014 volume, Hyper-Grace:

-“This is what can happen when we preach grace without truth, and I’m afraid that many modern grace teachers, in their zeal to safeguard the glories of grace, preach their message without fundamental aspects of biblical truth. These would include: 1) God requires holy living from His people; 2) Our sins do have an impact on our relationship with God; 3) You can preach grace and preach against sin at the same time; 4) There is much in the Old Testament that remains of foundational relevance to believers under grace. (And much more.)”
-“God loves us more than we can possibly imagine, and because sin is so destructive, when we become insensitive to the Lord and get caught up in disobedience, His Spirit makes us aware of our sin and makes us uncomfortable in it – praise God for that! – calling us to turn away from that sin and turn back to him. That is God’s grace at work.”
-“The modern grace teachers focus all their attention on the scriptures that speak of our past sanctification while overlooking (or misinterpreting) the scriptures that speak of our ongoing, progressive sanctification, as well as our final sanctification.”

He followed this up this year with The Grace Controversy. It too has plenty of quotable items:

– “Hyper-grace teachers reject the concept of “positional righteousness” or “personal holiness,” claiming that if our righteousness or holiness is positional, it is not real. But this is a false and unbiblical dichotomy. Spiritual realities are real, but they are not yet fully realized while we live in this body. We have one foot in this world and one foot in the world to come. We have died to sin, yet we still fight a battle with sin.”
-“Our lives are still marked by divine commandments: Jesus said if we love Him, we will keep His commandments (John 14:15, 23), and John wrote that “this is the love of God, that we keep His commandments. And His commandments are not burdensome” (1 John 5:3). As we spend time in God’s presence in union with Jesus, we find that it is our heart’s desire to keep the commandments of God. After all, they are the way of life!”

Finally, just months ago Wayne Grudem released “Free Grace” Theology: 5 Ways It Diminishes the Gospel. Let me offer a few quotes from this volume as well:

-“The problem comes when the Free Grace movement understands “alone,” in the phrase “justified by faith alone,” in a novel way. Protestants generally have taken “alone” to mean that nothing else helps or nothing else contributes in our obtaining justification from God. Our faith is the only thing that God requires of us. . . . But Free Grace proponents have gone beyond the claim that God asks of us nothing more than faith when he justifies us. They have made an additional claim: that faith occurs by itself when a person is justified, in the sense that no other human actions necessarily accompany faith (such as repentance from sin or doing good works after we are justified.”
-“The Free Grace movement preaches a weakened gospel because it avoids any call to people to repent of their sins. This is no minor matter, because repentance from sin is such an important part of the gospel in many New Testament summaries and presentations that it cannot be omitted without grave consequences in the lives of people who hear such a weakened message.”

Hopefully these quotes will whet your appetite enough so that you get these books and read them fully. They are all quite important volumes which deal with some very important gospel issues. For ease of reference, I again present these five books which are well worth mastering if you want to be up on, and be able to refute, the hyper grace errors:

3 Replies to “Resources on the Hyper Grace Error”