The activists it seems never eat nor sleep. They are constantly looking to remake society in their own disordered image, and they seem especially intent on targeting our children – tirelessly, relentlessly, and unashamedly. If only parents and other concerned citizens worked as hard to protect our children from the radical social engineers…

Consider the latest homosexual blitzkrieg aimed at levelling society and turning our culture into a homosexual paradise – or rather nightmare. Check this out: 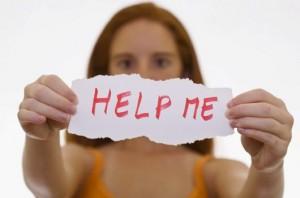 Students across Victoria will soon have the opportunity to celebrate LGBTI History Month as part of their curriculum, the first of its kind in Australia. For the month of October schools will be able to highlight the largely invisible history of sexual and gender diverse people in the country.
The initiative was announced and will be led by the Safe Schools Coalition Victoria (SSCV), Minus18, and the Australian Lesbian and Gay Archives (ALGA). Manager of SSCV Roz Ward said it’s incredibly important for students to have an understanding that LGBTI people have always existed.
“Any time an LGBTI student hears anything about themselves or their identity at school it feels good,” Ward told the Star Observer. “We all need to hear stories about ourselves and thing in relation to our past as a community in order to feel like we have a future. That’s what inclusion is all about, and Safe Schools makes sure LGBTI young people can feel safe and good at school.”
As part of the toolkit offered to schools, they will receive five themed posters – work, love, family, celebration, and education – alongside case studies, interviews, and resources for further study. Students will also be invited to take part in a competition to design a history month activity and win prizes for themselves and their school.

Terrific – just what we need. We might as well have a tobacco pride month in our schools. Both lifestyle choices are plainly dangerous and high risk. In fact, I just had one lesbian challenge me on this elsewhere. As I said in my reply to her:

Of course this is a high risk and dangerous lifestyle. Pretending it is not does not change the facts. I have penned entire books documenting all this. Let me simply offer two articles from a leading homosexual medical website which highlight all the dangerous ramifications of this lifestyle.
This one is for homosexuals:
glma.org/index.cfm?fuseaction=Page.viewPage&pageID=690
This one is for lesbians:
www.glma.org/index.cfm?fuseaction=Page.viewPage&pageID=691
I hardly think you will be able to accuse this medical group of being homophobic.

Of course here in Victoria the Andrews Labor Government is running full steam ahead with the entire “Safe Schools” agenda, so we can expect to see this being pushed big time as well. Indeed, as I have documented often now, the People’s Republik of Victoria is up to its ears in this radical gender bender activism, even targeting poor little four-year-olds. Have a read of this absolute shocker:

A Year 4 pupil at a primary school west of Melbourne is undergoing a gender transition, with the Safe Schools Coalition helping with the process at the school. Roz Ward, co-founder and head of the program in Victoria, is expected to visit the school today to hold a workshop for the pupil’s class, after which the pupil plans to socially change to their chosen new gender.
Parents of the Year 4 class were advised of the workshop only days ago when the school sent home a letter. “Safe Schools are visiting … to assist us with the gender choice of a student who is currently transitioning,” the letter stated.
“The session will include learning that considers how students can be a good friend and ally to people (of) all genders.” The Australian has chosen not to name the school because of privacy concerns.
Several parents have expressed concerns about the way the school has handled the matter, including the lack of notice and detailed information about what pupils will be taught in the workshop. The Victorian arm of the Safe Schools Coalition, which has courted controversy for promoting contested theories around gender and sexuality, severed ties with the nationally convened body after an independent review in March. Among the changes ordered by federal Education Minister Simon Birmingham was a requirement that distribution of Safe Schools materials be restricted to secondary schools only.
The Victorian government has refused to abide by the changes, however, and has taken over sole funding for the program in the state. It has also declared the program mandatory for secondary schools. “I guess we just have lots of questions and we’re not really getting answers,” one parent of a Year 4 student told The Australian. “I’d like to know what my child will actually be taught in this workshop. This is a big deal and affects the whole school community.”

Speaking of trans-insanity, consider this item just out of the US. One homosexual activist group has unwittingly spilled the beans on the gender bender baloney.

‘GLAAD has a problem with men playing transgender women’
Just let that headline sink in a minute.
The Gay & Lesbian Alliance Against Defamation (GLAAD) has a problem with Hollywood using men to portray transgender women in films. GLAAD’s Director of Programs Nick Adams said that Hollywood needs to get over the idea “that putting a male actor in a dress, wig and makeup is an accurate portrayal of a transgender woman.”
Let that sink in for another minute.
You see, while Adams is happy that Hollywood has successfully put transgender individuals at the front and center of various TV shows and projects – like TLC’s I Am Jazz and E!’s I Am Cait – he doesn’t understand why Hollywood thinks it’s OK to use men to play transgender women. I mean, you can’t just put a man in a dress and wig and call him a woman, am I right?
There’s so much unintentional irony in this.
“For more than 40 years, Americans have sat down in front of their TV screens or in movie seats and seen male actors ‘pretend’ to be trans women. By casting Robert Reed, Terence Stamp, John Lithgow, Philip Seymour Hoffman, Tom Wilkinson, Lee Pace, Cillian Murphy, Liev Schreiber, Beau Bridges, Jared Leto, Eddie Redmayne, Steven Weber, Denis O’Hare and Walton Goggins as transgender women, viewers receive two strong and wrong messages: 1. that being transgender is an act, a performance, just a matter of playing dress-up; and 2. that underneath all that artifice, a transgender woman really is a man.”
Um- ya think? Being transgender is a mental problem (ask the experts, why dontcha?). It is playing dress up, because at the end of the day, you can’t change your biological gender. It doesn’t matter how you feel. That may sound harsh, but it’s the truth.

Gotta love it. Primary school boys and other males think that they can put on dresses and makeup and pretend they are girls. That is what the activists and social engineers are telling them all the time. Yet GLAAD now says that there is a whole lot more to it than this. Well, which is it then?

Yesterday I presented a piece with a number of stories of hapless children who were deliberately deprived of the two most important people in their lives – their own biological mother and father – as they were forced to grow up in homosexual households. Their stories are so very tragic and painful to read.

Now we want to institutionalise all this madness with homosexual pride months, and we want to assault our innocent little children with adult gender bender agendas. Shame on all these heartless militants. The lot of them should be rounded up and tried for child abuse.

9 Replies to “They Are Coming After Your Children”