That the radical left is not in the least bit interested in what the masses think and believe is quite apparent by the appalling disdain they show for genuine public debate. They do not want real debate to take place, and they do not want the ordinary citizen to be able to have a say in important social and political issues.

The secular left pretends it is the voice of the people, but the truth is, it can’t stand the people. It does not want them to have a voice at all. They think their “superior” views are the only legitimate views out there. As Bill Buckley said long ago, “Liberals claim to want to give a hearing to other views, but then are shocked and offended to discover that there are other views.”

Or as Mark Steyn more recently put it, “The Left does not want to win the debate, it wants to shut down the debate.” And we find this happening time and time again. Consider the issue of homosexuality and homosexual marriage. The left does not want these matters discussed and debated – they want them force fed on a hapless population whether they like it or not.

And their preferred means of “debate” is to simply attack you, call you names, and smear your reputation if you dare to disagree with them. Dare to appeal to facts, to history, to the wellbeing of children, or what have you, and you will be met with all the usual responses: “You are a bigot.” “You’re homophobic”. “You are hateful.”

Yep, that sure beats having to engage in actual debate. Just fling mud, resort to ad hominems, and never actually engage with a real argument. Thus the activists on the left simply seek to browbeat everyone into submission. They are not interested in debate – they want complete domination. 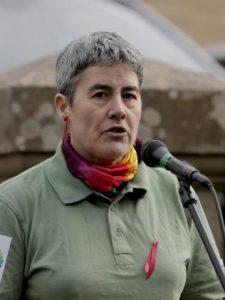 They may pay lip service to genuine debate, the merits of democracy, and the place of free speech, but they demonstrate by their actions that they really care about none of these things. They want to implement their radical agendas, and want to shut down any voices to the contrary.

We have had plenty of examples of this with the homosexual marriage debate, and the issue of a people’s plebiscite on it. It seems every activist and their media buddies are demanding that we abandon the plebiscite. On the one hand they claim that everyone plus their uncle fully favours homosexual marriage, yet they are actually terrified of putting it to a vote.

They claim Australia overwhelmingly supports homosexual marriage yet they are doing everything they can to prevent people from actually having a say on this. Incredible. Just what are they so afraid of? Why are they so hostile to what ordinary Australians might say on this issue?

The latest example of this blatant hatred of democracy, free speech, and the common man comes from Tasmania. There the big cheese activists have made it perfectly clear that every single one of us should just sit down and shut up. Our opinions are not welcome, and they will decide how we proceed on these matters, thanks very much.

Consider this shocker from a recent newspaper article:

Anti-Discrimination Commissioner Robin Banks has spoken out against the plebiscite on same-sex marriage, saying the rights and freedoms of society should not be the subject of a popularity opinion poll. “Equality in marriage should not be the subject to the whims of the majority,” Ms Banks said at a rally in Hobart. The rally on the lawns of Parliament House today attracted about 80 people, including Tasmanian Greens Senators Peter Whish Wilson and Nick McKim and State Greens leader Cassy O’Connor.

Wow, did you get that? The “whims of the majority”! Yep, we sure do not want the Australian people deciding on something as utterly important and revolutionary as redefining the very nature of marriage and family, and overthrowing millennia of human wisdom and common sense on these matters.

Who are these mere cretins to speak out on such issues? They must just remain silent while a handful of activists and leftist elites decide all this for us. After all, they know so much better than the common man. They are so wise and so knowledgeable.

But the other 99.9 per cent of us are just too dumb to be able to voice our opinions on this. Indeed, our voice counts for nothing. Who are we to defy the activists and the gender benders? Why, that would amount to things like free speech and real democracy if the masses actually had the right to speak on such things.

We sure do not want that now do we? What next? Allow free and open elections for who runs the country? Boy, that rabble is getting carried away here. We will let the experts and the sexperts decide for the rest of us. After all, they must know what is best for us.

But wait, there’s more. Get a load of this:

“Risks to the wellbeing of those affected”? Really. Hey, am I not affected? Are not children affected? Is not all of Australia affected? Is not every family in this country affected? But we must all just shut up and not be allowed to share our concerns.

Only the radical left social activists are allowed to speak about this. Only they can decide what the entire nation must do on this. Not us poor slobs. We must simply remain silent and submit to the diktats of our elites. The masters will decide for us. Ours is simply to obey.

Um, did we not hear this sort of thing before? Did we not send millions of our sons to die on foreign beaches and far-flung battlefields to challenge this sort of totalitarianism? Did we not decide that dictatorship, tyrants and Brave New Worlds were not to be the world’s future, but a free people?

Did we not witness the bloodshed of so many to keep us a free people? And now we are seeing all that being stamped on by the homosexual jackboots. They have become the new rainbow fascists who will demand the total compliance of the masses to the dictatorship of the pink elites.

Sorry, I will never submit to these sexual Stalinists. I refuse to bow down and worship at the feet of the pink mafia. If they so despise democracy, so hate freedom of speech, and so deplore the common man, then they can go take a hike. They should move to North Korea or somewhere more fitting of their tyrannical ideology.

But they have no place in a free and democratic Australia. I am shocked that every media outlet in the nation did not decry and condemn in the strongest terms these militants as they seek to silence the masses and pretend only they can speak and act on these matters.

But as usual, we heard crickets chirping. The mainstream media is totally in bed with the homosexual militants. Indeed, many in the MSM are in their camp, and they are doing all they can to shut down free and genuine debate, and turn 21st Century Australia into some 20th Century dictatorship and pink hell hole.

The other day columnist Andrew Bolt penned a piece entitled “We’re mad as hell and it’s time to speak out”. Well, that about summarises where I am at – and millions of other ordinary Australians. He documented a number of recent cases of the Stalinist left crushing free speech while vilifying conservatives.

He concluded with the words: “This assault by the Left on free speech has abused our intelligence and our freedom. Australians, insulted and offended, are now saying they are as mad as hell and will not take this any more. It’s time to fight.”

I hear ya Andrew. And I am fighting. Who will join me?