When something is really bad, it needs to be discussed – and discussed often. Thus this is my 25th article on the so-called Safe Schools Coalition. In my previous articles I have detailed the many mega-problems with this pro-homosexual indoctrination program, and have highlighted the very real dangers it presents to our vulnerable young people.

I have not been alone in sounding the alarm about this nefarious social engineering agenda. Many have stood strong and have spoken out about this insidious bit of political radicalism disguised as an anti-bullying program. Two such brave women can be singled out here for their outspoken criticism of the SSC.

The first is Dr Pansy Lai from Sydney. She has been a strong opponent of this program and she has especially harnessed widespread concern from amongst the Chinese community. Earlier this month a news report about her valiant efforts appeared, so let me offer some of that here:

A Carlingford woman who led a 17,500 signature petition against the Safe Schools program will not give up calling for it to be scrapped, saying it discriminates against Chinese culture. General practitioner Dr Pansy Lai started the petition, which gained more support than she expected, after noticing community concern about Safe Schools during the federal election campaign. 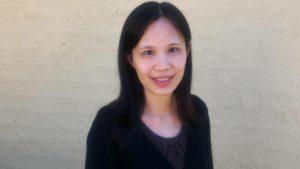 The federally-funded program is designed to prevent the bullying of homosexual and transgender children. However, critics say its practical activities override parents’ right to educate their child on gender identity and sexuality.
Dr Lai first distributed the petition among her Chinese-Australian peers. “I felt like all these voices needed to be heard,” she said. “Safe Schools is promoting views on gender and sexuality that Chinese parents find extreme. Chinese people really value family relationships, and we expect to pass on our family values to the next generation. It’s a parent’s right to teach sexual education to our children.”
Dr Lai stressed the signatories were not affiliated to a political or religious group. “The petition started from parents, and I need to make that clear,” she said. “Parents are busy people. They’re not going to take time out of their day to oppose this unless they’re really concerned.” More than 200 people from the group attended State Parliament last month to hear politicians debate the petition….
Dr Lai said the petition did not claim the program was mandatory, but said it did not allow sufficient parental consent. She said requiring consent for children to participate in Safe Schools activities was inadequate when the program changed the school culture. “When you look at the Safe Schools material, it’s not talking about lessons it’s talking about the whole school environment. It’s changing school language, changing bathrooms — it’s changing the whole school environment.”

Well done Dr Lai and all those concerned citizens who signed the petition. This is people power in action, and we need more of it. As Edmund Burke so rightly said, “All that is necessary for the triumph of evil is that good men do nothing.”

The second wonder woman to boldly stand against this radical gender bender program is Victorian MLC Rachel Carling-Jenkins. Several days ago she attempted to bring a debate on this in the Victorian parliament, but the Labor government filibustered, preventing her from achieving her aim.

But make no mistake, she will keep trying. This is what she said two days ago about the SSC: “Today I called on the Government to immediately withdraw the Safe Schools Program from Victorian schools. Unfortunately the ALP filibustered it which meant that I could not bring it to a vote.”

You can see a very brief video clip of her here as she discusses her concerns: https://www.youtube.com/watch?v=xgBxHxPgkN0

I so very much appreciate these two brave warriors for championing what is right. They are risking plenty to take a stand. Indeed, both would have received heaps of criticism and abuse for their concerns about the welfare of our children. So I salute these two champs and hope that many more are inspired and emboldened to join with them.

And let me repeat why all this is so very important. As stated, this is a radical activist program to push all things homosexual and transgender on our children. It is doing plenty of harm, and tearing families apart. I have already written about one such case, but it is worth running with it again in more detail.

In the UK a Christian family is going through hell right now because a confused daughter wants to do a gender transitioning. The state is siding with her against her concerned parents, and is threatening to snatch her away from the very worried mum and dad. As one news report explains:

The parents of a 14-year-old girl are taking legal action to challenge their local authority’s backing for their daughter to transition into a boy. The girl, who cannot be named for legal reasons, is believed to want to change her gender and has received the support of her local authority.
However, the girl’s parents object to the process, and believe their daughter is too young to take such a dramatic decision. The parents will meet with teachers and social workers next month to decide whether the girl should be known in school by a boy’s name rather than the one she was given as a baby.
According to the Sunday Times, the parents’ solicitor, Michael Phillips of Andrew Storch solicitors said if the family failed to follow the guidance of social workers, the girl could be taken into care.
This follows the case of a young boy who has been taken from his mother’s care because she tried to raise him ‘entirely as a girl’. The seven-year-old boy was even registered at his GP’s surgery as a girl and was referred to in official documentation as a girl. However, the boy’s father and some officials expressed concern as the youngster did not view himself as a girl….
The Christian Legal Centre are supporting the family and funding their legal costs. Andrea Williams of the Centre added: “The transgender cultural movement is creating a new ‘conflict of rights’ within the family. This is the emperor’s new clothes. Authorities are forcing an agenda that is not true, and harmful to children. This case demonstrates shocking disregard for parental authority: no one is listening to what the parents want or have to say. They know the child the best, and have the child’s interests at heart.”

Such heart-wrenching cases are occurring all over the West, thanks to the radical gender bender activism which is being rammed down our throats in the media, in law, in pop culture, and in our schools. Programmes such as the “Safe Schools” one are fomenting all this and are declaring war on parents, on families, on biology and reality.

And we are all paying the price as a result. So please show your support for these courageous fighters for our children. Bravo Pansy and Rachel. We need many more people like you willing to take a stand for what is right and protect our innocent children from the clutches of the militants.

9 Replies to “Courageous Women Standing Up For Our Children”