They should not just be regurgitating what non-Christians say, and they should not be viewing things the way non-believers do. But regrettably that is what we have seen all throughout this election cycle in America. It is as if for many the ‘super’ has been taken out of the supernatural, the ‘meta’ out of the metaphysical, and they are simply functioning within a secular humanistic framework.

It is as if God has been removed from the picture, and their way of looking at things is identical to that of any worldling. That ought not to be. But sadly I see it everywhere. So many of these folks seem to have all their hope and trust in politics, or a political party, or a political candidate. 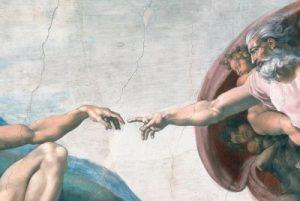 It is as if everything depends on their man getting into the White House. If he does, they talk as if it will bring about heaven on earth. If he does not, they seem to think it is the end of the world. They really think their boy is a type of messiah who will save the universe and usher in paradise – well, at least make America great again, whatever that means.

Hey, any pagan can, and does, think just like that. I thought Christians were supposed to think higher thoughts, more spiritual thoughts, more biblically-informed thoughts. We should be thinking in terms of faith and trust in God – not man.

But I have seen that hundreds of times now from those calling themselves Christians. It seems for so many of these folks there is only one overriding thing that matters, and everything must be subservient to this: getting their boy into office. And at all costs.

Sorry, that is not only thinking and acting like a pagan, but it is gross idolatry as well. No man will save America. Certainly not a longstanding, immoral, pagan liberal demagogue. When you put all your hope in a very fallen man instead of the only one we should fully rely on and trust in, then you are no better than any pagan.

And the Bible makes this 100% clear. I really believe that if so many of these Christians trusted, championed and promoted Jesus Christ as much as they do their political messiah, we would be turning this world upside down right now. It is time to get back to biblical basics here.

Desperate times call for desperate measures. When sin and evil abound, then only one thing can turn things around: repentance, and casting ourselves upon the mercies of God. The Republicans will not suffice here. Trump will not. SCOTUS will not. Politics will not.

If I were a pagan I would of course put all my hope in politics and human messiahs. But I am not a pagan so I refuse to do that. Sin is our problem and Christ is our cure – yes even for national, political and social ills. I am so surprised to see fellow believers just forget all about God and turn all this into purely a political problem to be politically solved.

I so grieve when I read or hear one Christian leader after another talking and acting just like any nonbeliever. Thankfully not all our leaders are like this. Many still retain their biblical worldview and see things from God’s point of view, and not from a mere humanistic perspective.

One of them is Douglas Wilson. He is a Christian who thinks and speaks like a Christian. He has not left God out of the picture. God instead is at the very centre. Wilson’s brand new column is so very vital that it is worth sharing large portions of it. He begins:

He offers a number of biblical texts on God, rulers and the nations, and refers to John Calvin’s truism, “When God wants to judge a nation, He gives them wicked rulers.” He then gets to the very heart of the issue – something most Christian commentators seem to have entirely overlooked, forgotten or ignored: our ONLY hope is repentance, not another would be messiah:

You cannot sow disobedience, pride, insolence, mammon worship, lust, relativism, and confusion for half a century, and then reap a government filled with modesty and decorum. If we wanted a harvest of barley, we shouldn’t have—and this is just a thought—planted all those mutant thistles.
Now this is going to be dismissed as a form of quietist despair, but it is nothing of the kind. It will be said that I am saying there is nothing we can do—don’t bother voting—and this is also false. There is plenty we can do. But the only truly potent thing we are called upon to do at this juncture is repent. And like I said, with the mountains of iniquity we have accumulated, do we really think there is nothing for us to do?
I dare say there is plenty we don’t want to do, but there is plenty to do. When a generation repents, that is not retreatist quietism.

But make no mistake about it. The future plans that God has for this planet do not require the United States. We are not the essential nation; we are, like every great power, the superfluous nation. If God restores us and uses us wonderfully, it is nothing but His great mercy. If God sets us aside, and accomplishes His purposes through others, so be it….
So when you go into the voting booth in a few weeks, whatever else we do, we must cry out to the Lord. We must tell Him that we acknowledge that our own folly and wickedness is what has brought us to this point, and we must cry out to Him in the name of Jesus.
If you go into the polling place, and you do not cry out to the Lord, but rather simply mark up your ballot, you are performing what your secularist masters are telling you is a most important task. You are exercising your right to vote so you know who to be angry with when absolutely nothing changes. Do not go in there and pray to a deaf and dumb idol.
Practitioners of realpolitik tell us that we should make sure that our vote is counted. I do believe that voting is important, and that believers should vote. Despite the circus maximus at the top, there are many important issues and candidates down ballot. But even with the more sober races, do not make the mistake the democratic idolaters always make.
Do not vote in a way that you think will “work.” Do not vote so that your vote will be “counted.” Do not vote in any way that would seem to indicate that you believe that massive generational repentance is somehow unnecessary. You cannot go into the voting booth and manipulate anything. It won’t bend that far.
So you should vote in a way that you can in good conscience ask God to bless. The actual vote you cast at the top of the ticket might vary, and I am not here to bind anyone’s conscience. But I am planning on writing in Ben Sasse because that is a vote I could in good conscience ask God to bless. I don’t expect anyone to count it, but I do want to ask God to bless it.
And that blessing is what matters—because without His blessing we will continue that slow counterclockwise circling of the drain that goes down to what we call the sewer of empires.

At this very late stage in America’s decline and drift toward oblivion, there is only ONE thing that may turn things around: deep-seated, widespread, gut-wrenching repentance. Trump sure will not stop the rot. Hillary won’t.

We recite this passage a million times a day, but do any Christians actually believe it anymore?: “If my people, who are called by my name, will humble themselves and pray and seek my face and turn from their wicked ways, then I will hear from heaven, and I will forgive their sin and will heal their land.”

That was NOT a rhetorical question. DO we believe it?