With the death of Fidel Castro we still have Western fools extolling this Communist hellhole as some sort of worker’s paradise and an island paragon of human rights. It is nothing of the sort and has never been, ever since Castro’s revolution of 1959.

Western lefties have always sung the praises of communist dictatorships while condemning their own freedoms and democracy. Cuba was a prime example of this. But those who dared to resist the Communists and remain loyal to freedom and to Christ tell a much different story. 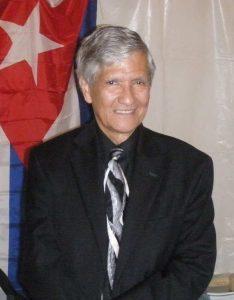 Back in 1986 Armando Valladares wrote about his time as a political prisoner of Castro in Against All Hope. I bought the book when it first came out, read it, and have never forgotten it. I have just now pulled it down from my shelves and flicked through it again.

What an incredible story. Amazingly, Valladares is still alive and is now 79 years old. His 22 years of imprisonment and torture in Cuba did not break him, and his story of faith and freedom in the face of Communist jackboots still deserves a close hearing.

This is especially the case since we still have clueless wonders in the West trying to tell us how wonderful Communist Cuba has been, and what a great man Fidel Castro was. So let me again tell you some of his amazing story. He began – as did many other Cubans – supporting the revolution, only to be quickly disillusioned by it.

So he spent 22 years as a political prisoner, from 1960 to 1982. Several recent articles about him have appeared, so let me draw upon them. The first quotes come from a piece penned in May of this year:

Armando Valladares wrote poetry in his blood. He did this because he would not write what was demanded of him: “I’m with Fidel.” Because Valladares refused to sign on to the Communist agenda, he was imprisoned by the Castro regime for 22 years. For eight of those years he was forced to sit naked in a cell, in inhumane conditions — at times without water, without facilities. And yet, he declares that he is “an ordinary man.” His advice, which he himself followed no matter what was done to him, is: “Never compromise. Never allow government or anyone else to tell you what you can and cannot believe.”
He explains: “My story is proof that a small act of defiance can mean everything for the friends of liberty. They did not keep me in jail for 22 years because my refusal to say three words meant nothing. In reality those three words meant everything.” Receiving the Canterbury Medal from the Becket Fund for Religious Liberty last Thursday, he explained that “even though my body was tortured, my soul was free.” He said: “They couldn’t take away my conscience and my faith.” It was clear that he has enjoyed a freedom not all of us experience, having chosen that which was most important to him, his very identity as a son of God.
His story is not some tale from history, but an open wound, still, for the people of Cuba, who still live under the Castros. Had Valladares simply said, “I’m with Fidel,” he would have been released from prison, he recalls. But to do so — especially after watching the executions that were regular occurrences — would have been “spiritual suicide.”

And just today a new piece highlighting his Christian faith appeared which is also well worth quoting from:

It’s a part of the Fidel Castro story Michael Moore and Sean Penn won’t tell, or don’t know. It’s a story you certainly didn’t hear from the media as they endlessly opined about Castro’s “complicated” legacy. But it reveals so much more about the dictator than they ever could. The year was 1959. Castro, a young revolutionary, had seized Cuba’s imagination with talk of democracy and a new vision for its people. It didn’t take long, however, for one follower to discover Castro’s true nature, and for Castro to run up against the limits of his own earthly power. Armando Valladares may not have been the first man to challenge the Cuban dictator, but he eventually became the best known.

The hell he went through under the atheistic Communists was excruciating:

Valladares would spend time in different prison camps for the next 22 years. The first, La Cabaña, forged some of the very worst memories. “Each night, the firing squad executed scores of men in its trenches,” he told the Becket Fund, which last year honored him with its Canterbury Prize, given annually to a person who embodies an unfailing commitment to religious freedom. “We could hear each phase of the executions, and during this time, these young men — patriots — would die shouting ‘Long live Christ, the King. Down with Communism!’ And then you would hear the gunshots. Every night there were shootings. Every night. Every night. Every night.”
Years passed, and the communists fixated on enrolling prisoners in reeducation programs. Valladares, still early in his sentence, was offered the chance at “political rehabilitation” but refused to comply. He was sent to an even more brutal prison, and the government ramped up its efforts to break his spirit. Armando Valladares may not have been the first man to challenge the Cuban dictator, but he eventually became the best known.

“I spent eight years locked in a blackout cell, without sunlight or even artificial light. I never left. I was stuck in a cell, ten feet long, four feet wide, with a hole in the corner to take care of my bodily needs. No running water. Naked. Eight years,” Valladares recalled. “All of the torture, all of the violations of human rights, had one goal: break the prisoner’s resistance and make them accept political rehabilitation. That was their only objective.”

After nearly a decade, prison officials adjusted their terms. If Armando would simply sign a document renouncing his beliefs and embracing Communism, he could return to his family. The choice was simple: physical freedom or spiritual liberty. “For many people, it wasn’t practical to resist. Better to sign the paper and leave,” Valladares said. “But for me, signing that paper would have been spiritual suicide.”

How did he survive? It was his faith that sustained him:

“In the beginning, I embraced God perhaps for fear of losing my life, since I was in danger of being executed,” he told the National Association of Evangelicals in 1983. But hearing those men proclaim their love for Christ just prior to their executions moved him in ways he could not have imagined: I realized then that Christ could be of help. Not merely by saving my life, but also giving my life, and my death if that was the case, an ethical sense that would dignify them. I believe that it was at that particular moment, and not before, when Christianity, besides being a religious faith, became a way of life that in my own circumstances resulted in resistance — resisting torture, resisting confinement, resisting hunger, and even resisting the constant temptation to join the political rehabilitation and indoctrination programs that would end my predicament.

I saw dozens of Christians suffering and dying — committed, like myself, to maintaining their dignity and their richness of spirit beyond misery and pain. I remember with emotion Gerardo Gonzalez, a Protestant preacher, who knew by heart whole Biblical passages and who would copy them by hand to share with his brothers in belief. I cannot forget this man whom all of us called “Brother in Faith.” He interposed himself before a burst of machine-gun fire to save other prisoners who were beaten in what is known now as the Massacre of Boniato Prison. Gerardo repeated, before dying, the words said by Christ on the cross: “Forgive them, Father for they know not what they do.” And all of us, when the blood had dried, struggled with our consciences to attain something so difficult yet so beautiful: the ability to forgive our enemies.
There are no impossibilities for those who love and seek God. The more ferocious the hate of my jailers, the more my heart would fill with love and a faith that gave me strength to support everything; but not with the conformist or masochistic attitude; rather, full of joy, internal peace and freedom because Christ walked with me in my cell.

As Lee Habeeb, the author of this article says in his closing paragraph:

Castro is dead, and there will be countless biographies dedicated to burnishing his legacy. But the best way to understand his life is to appreciate the life of one Cuban dissident he changed forever. Armando Valladares’s story may never be required reading in Cuban schools, but it needs to be read in every American school. Call it “The Dictator and The Dissident.” It’s quite a yarn.

It sure is. Faith in Jesus Christ and the human craving for freedom will always win out over Communist tyranny, hatred and oppression. Marx is dead. Lenin is dead. Stalin is dead. Mao is dead. Castro is dead. But Jesus Christ is still alive, and he offers hope and liberation for all who put their trust in him.

6 Replies to “Faith and Freedom vs Communist Cuba”